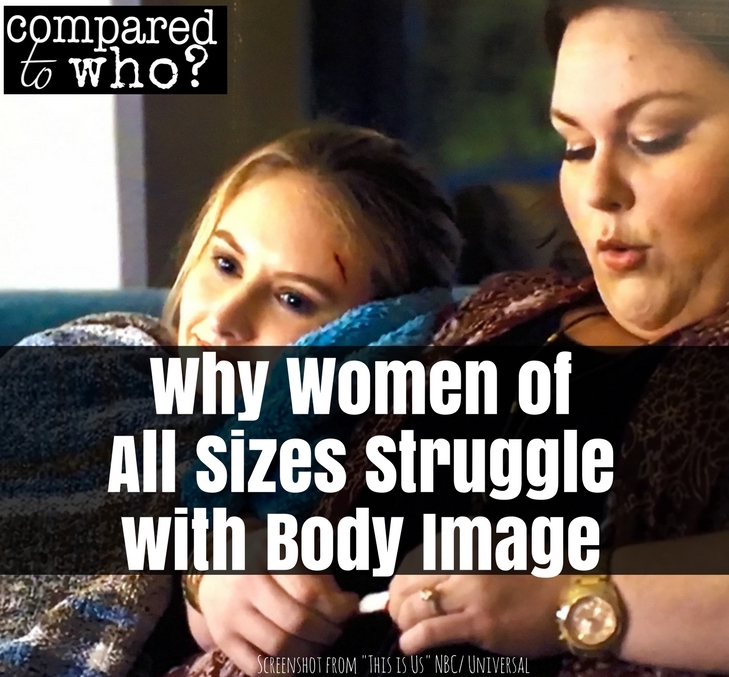 Why Women With All Body Types Struggle With Body Image Issues

My middle son called out for me to come quickly. “Mom, the light’s blinking in here.”

Dying light bulbs don’t consitute an emergency in my mind, so a few minutes later I went to investigate the situation.

There were no fixture issues of any kind. Instead what I found was a four-year-old boy blinking. Over and again he shut his eyes and opened them. His assessment, “Mom, the lights are going on and off.”

He was right, the lights flickered on and off as he opened and shut his eyes repeatedly. But, it wasn’t the lightbulb’s fault. Nothing needed to be fixed. Rather, my son’s perception of the problem needed to be challenged. He needed to be informed that the problem rooted in his actions, not in that light fixture.

The same thing happens with our body image issues.

No matter how many people post “So pretty!” when I update a social media photo. . .

No matter how many times my husband says, “You look great”. . .

And, no matter how many times a random stranger stops to comment on my appearance–it makes little difference to how I view myself.

A Lesson from This is Us

Season two, episode twelve. You’ll want to watch it, I promise. Why? Because it shows us some powerful truths about body image and who struggles.

In the show, Kate attends a support group to help with her food issues. She rolls her eyes as an attractive, thin woman (Madison) makes seemingly frivolous body complaints like her wrists are fat. As you watch the scenes from the group last season, you want to side with Kate. You feel like Madison is an attention-seeker at worst, a whiner at best. Inside you may scream, “Seriously, what does a size two have to complain about?”

But, in this episode, something big happens. Kate notices Madison scarf down a bunch of cookies and then excuse herself to use the restroom. Like every woman who’s encountered eating disorders, she knows Madison didn’t go in there to pee. 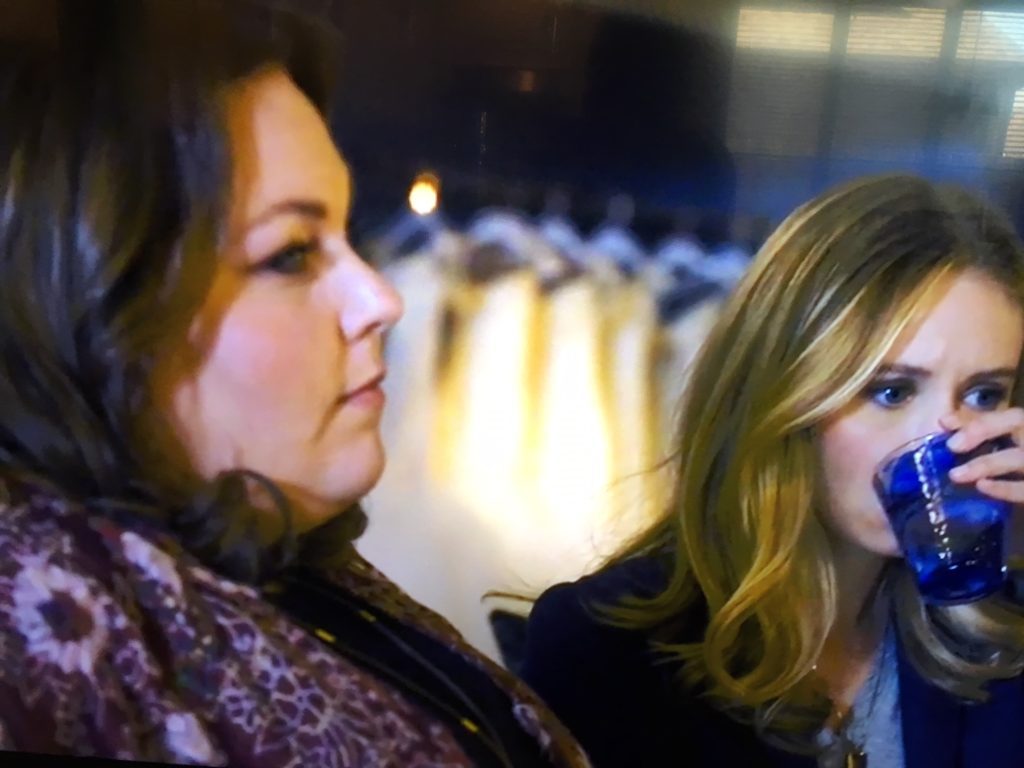 Screen shot “This is Us” NBC/Universal

Later in the show, Madison needs help and she calls on Kate. As they sit on the couch, I expect Kate to give her a pep talk. I assume she’ll tell her she’s already skinny and that she should get help for her BDD (body dysmorphic disorder). I thought Kate would try to talk her out of her bulimia. (As if that would work.) I anticipated Kate would continue to disregard Madison’s struggle as meaningless next to her own. 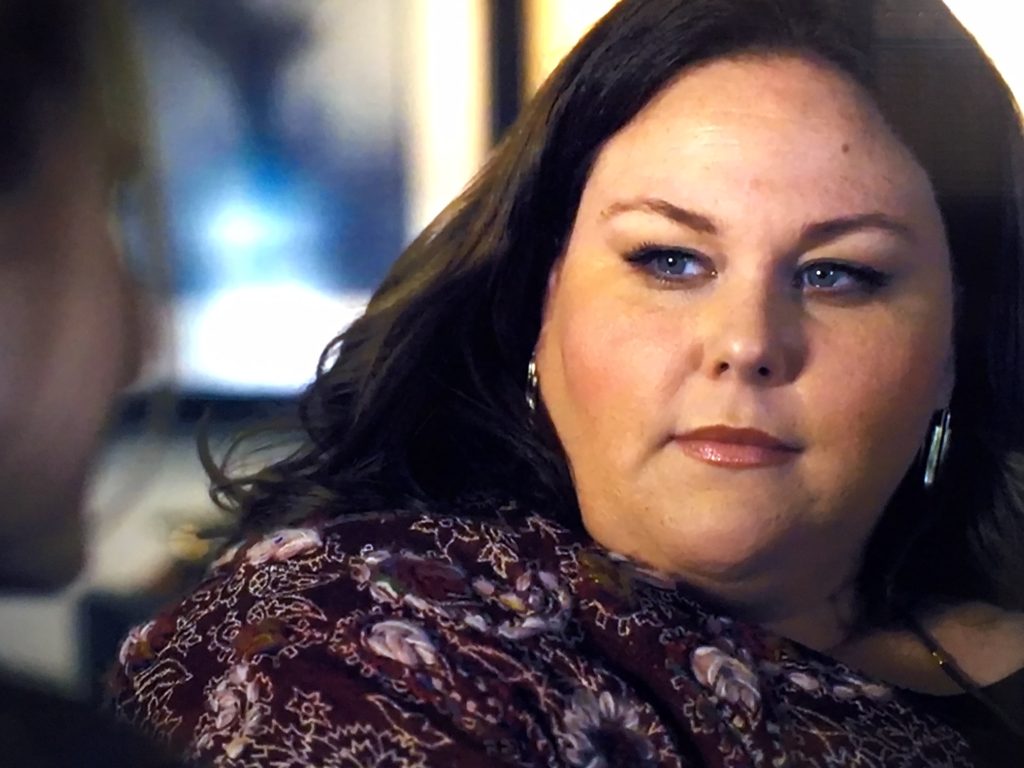 Screen shot “This is Us” NBC/Universal

But, the writer’s surprised me. I was wrong.

Instead, Kate empathized. She understood. She draws on an experience from her teen years (one we also see in this episode) to offer compassion and grace. 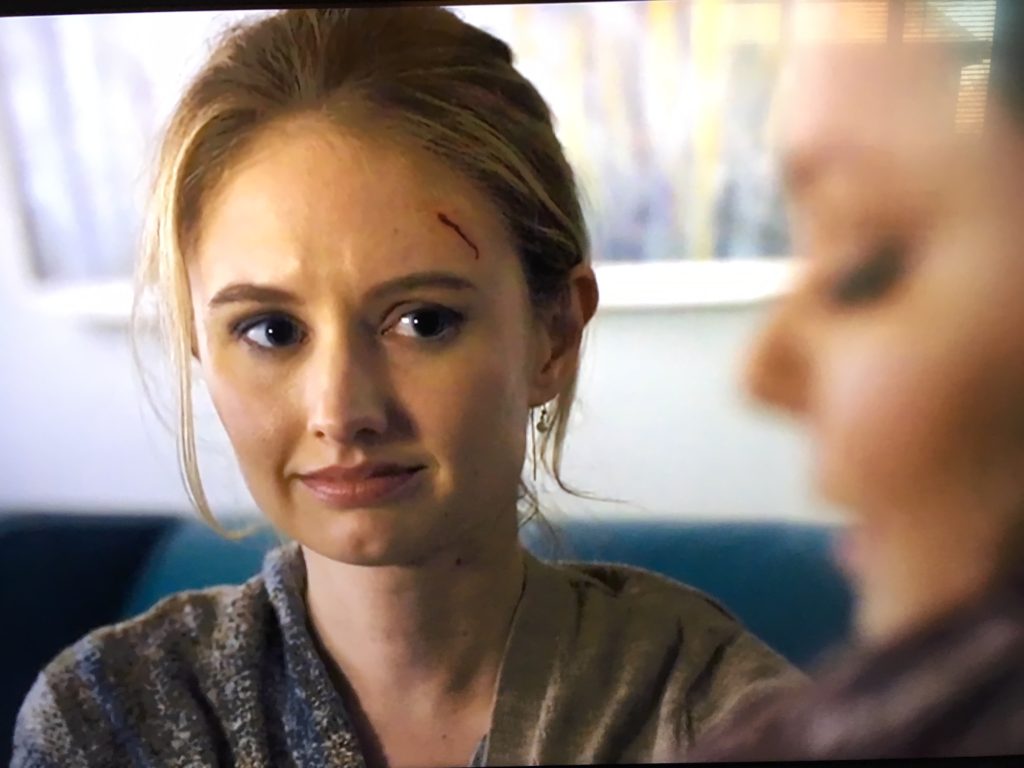 Screenshot “This is Us” NBC/Universal

This episode was so powerful because the lie that body image issues only impact one “type” of body is idolatry’s fuel. If the body image idol (and its buddy, comparison) can get us to believe that we would no longer struggle or feel “bad” about ourselves if we were just thin and beautiful . . .then we’ll keep chasing skinny. But, if the idol’s lie is revealed–if we can see the truth of how that same voice whispers the same lie to the size two and the size twenty-two–then we have a real chance to be free.

Body Image Issues Are No Respecter of Persons

I don’t know the depths of your body image bondage. I don’t know if you battle disordered eating, self-loathing, a weight issue, a skin issue, or some other kind of perceived physical obstacle. But, I do know one thing: in this battle it doesn’t really matter what you look like on the outside. Body image issues are no respecter of persons.

Our brains tell us that we’d not struggle if we looked like HER. Yet that’s not the way the demon of body image bondage operates. Body image challenges impact both women who are rail thin and women who have some considerable weight to lose. It doesn’t matter if you’ve always been the overlooked one, the misfit, the put together one or the beauty queen.  The lies screaming at our souls are exactly the same.

One publisher turned down my book on body image because they said I was too pretty and successful to know about body image issues.

I’ve battled my weight since I was in middle school. Acne and I had an all out war (that I’m not sure I won) during my twenties. Through three of four pregnancies I obsessed over the way the number on the scale crept higher and higher.

I’m sorry. I do understand the struggle.

Truth is: many women who actually define physical beauty for our culture by posing for magazine covers understand it too. Models and celebrity women have written ad nauseum on their appearance and body image struggles. Cameron Russell dispels the myth that models don’t struggle here.

Does the Way We Look Affect How We Struggle?

No. It doesn’t. Kate and Madison can’t shop in the same clothing department, yet their battle is very much the same. We all hear those lies.

That’s why we have to find a different way to fight these issues.

Already fit women spend all day in the gym.

Your actual body doesn’t have anything to do with your body image struggles.

This is about your heart.

Here’s What I Hope You’ll Believe:

1) If you think freedom will come when you “look like her” you are going to be let down. Our body image struggles are wrestling matches that happen in our hearts. Ask God to reveal what questions your heart really wants to answer by achieving a different look or size?

2) But, the good news is this: the body image freedom you seek is available and easier to attain than you think. Finding body image freedom doesn’t require you to start that next diet, buy that expensive skin care product, begin a new exercise program, or schedule that surgery. It’s only going to require you to think about what you really believe about beauty. Reading more on this blog or this book titled, “Compared to Who?” can completely change your perspective on the issue. The book doesn’t dribble on about “it’s what’s on the inside that counts” or how you should just love and be thankful of your body. Instead, it uncovers the root of why we struggle and gives you practical steps to change your perspective. It’s changing the lives of men and women across the globe. I highly recommend you read the sample chapters here. 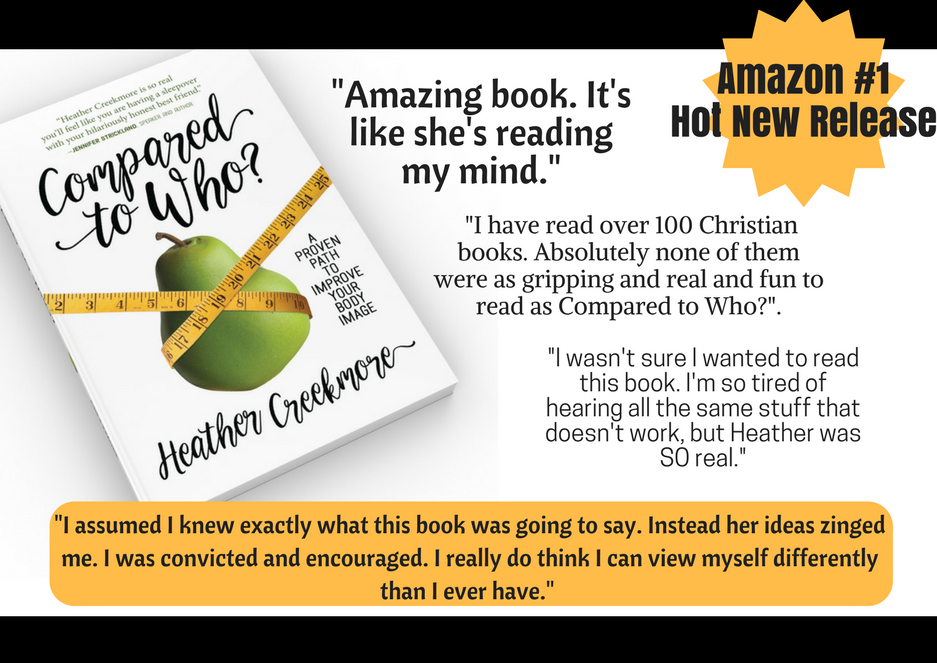 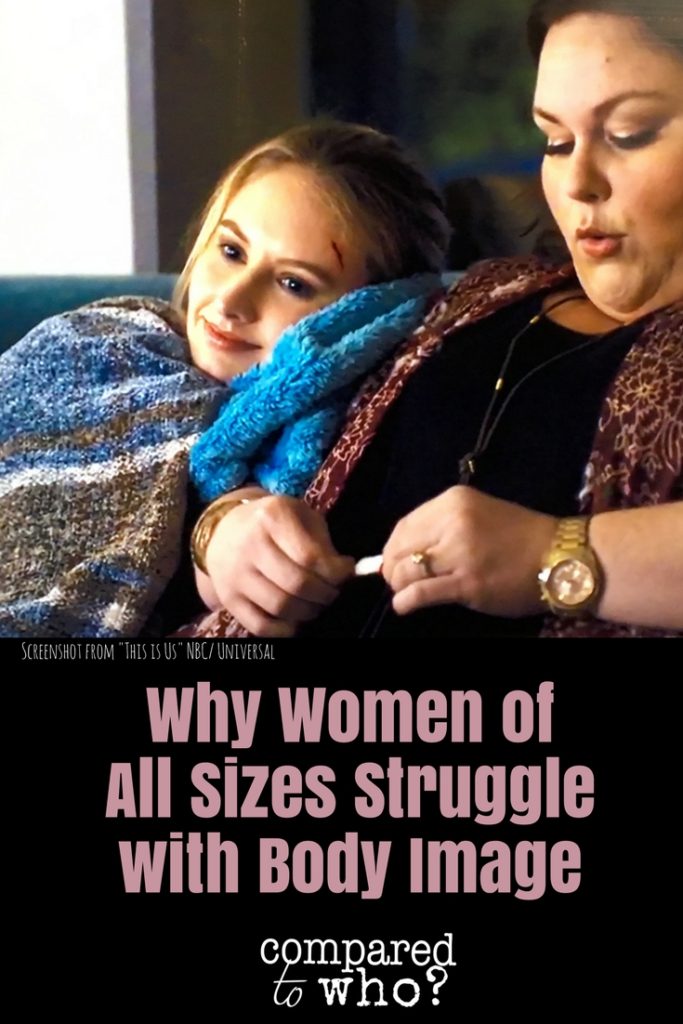