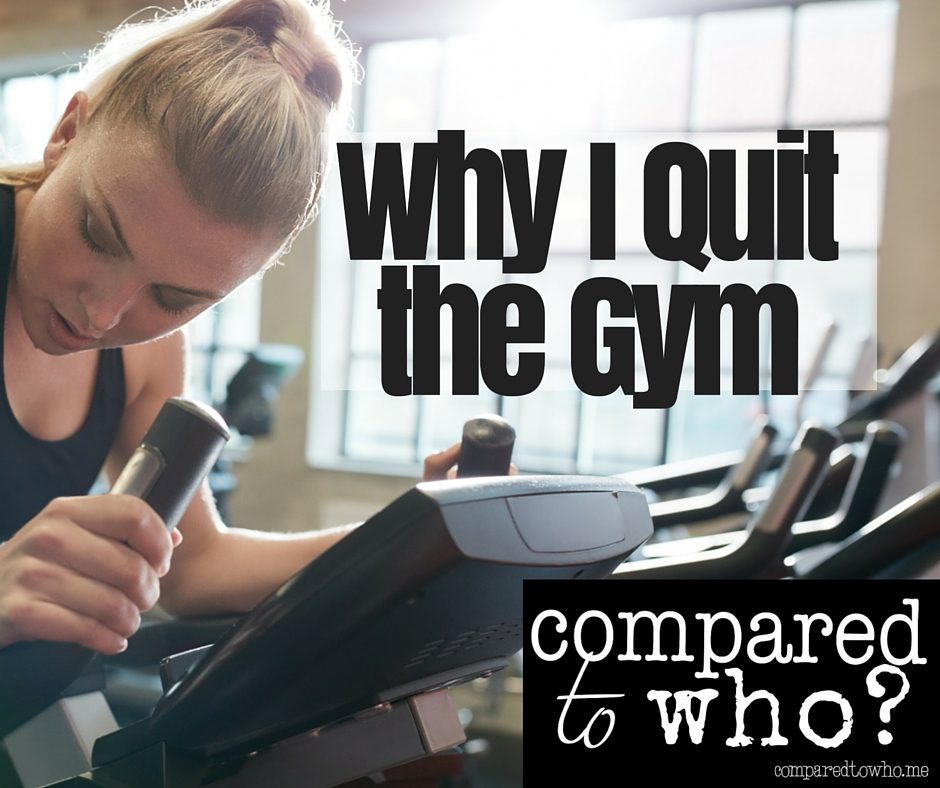 Why I Quit the Gym

She shrugged her indifference, then slid on her pink sneakers. It’s not always sunny and 75 degrees in February.

We maintained a leisurely pace for a few minutes before she took off running.

“Can’t catch me!” she taunted from ahead.

I had no other choice but to run too. It took a full-blown, fifty-meter sprint to catch those seven-year-old legs, but I did it. (Then I came to a complete stop, doubled over, and sucked air for at least two minutes). 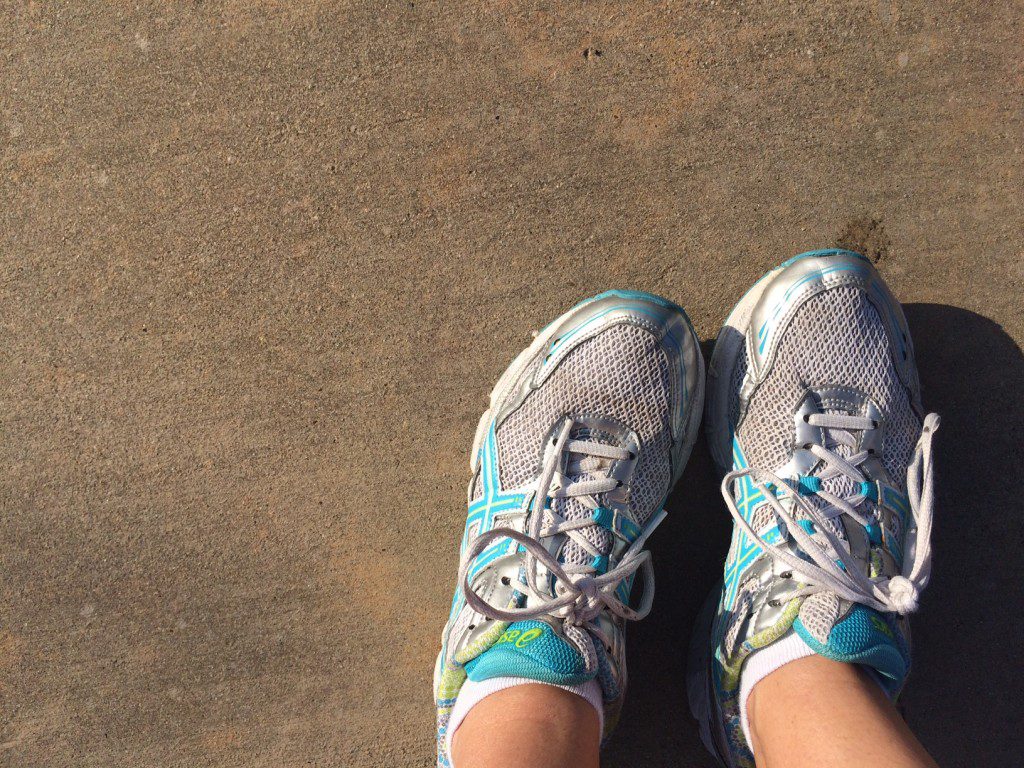 I exercised that day.

But, it wasn’t “real” exercise. No, not to me. I should have been at the gym. Running that happened outside the confines of a dark, smelly building filled with fitness equipment and silent televisions did not count.

It started decades ago–my complicated, borderline abusive, relationship with the gym. Barely old enough to drive, I claimed my first gym membership card. I remember proudly putting it on my key chain and mentioning in conversation (casually, of course) how I’d just spent time there.

Being a “gym member” quickly became part of my identity. I thought of myself as a gym girl. (Or, at least, that’s who I wanted to be.) Gym girls were cute and fit. Seemed all the beautiful people belonged to gyms. Thus, if I wanted to be this kind of beautiful, I should too.

Wherever I moved through my twenties, I sought out a new gym before ever investigating new church possibilities.

Though I claimed to be a believer, the gym was my real temple.

Regardless of how frequently I went, just the security of knowing I had a place to go exercise helped me feel thinner.

Decades of gym memberships did bring some benefit. I spent so much time at the gym that I eventually got certified to teach group fitness classes. The gym would pay me to workout. It seemed like a no brainer. I was going to be there anyway . . .sure, you can pay me.

Plus, in my economy, people who went to the gym were good but people who worked at the gym were even better. I had always admired those fitness instructors like gods and goddesses. Surely someone wearing a microphone or the word “staff” on their shirt never struggled with their body image like I did. Becoming one of them would be a path to freedom. 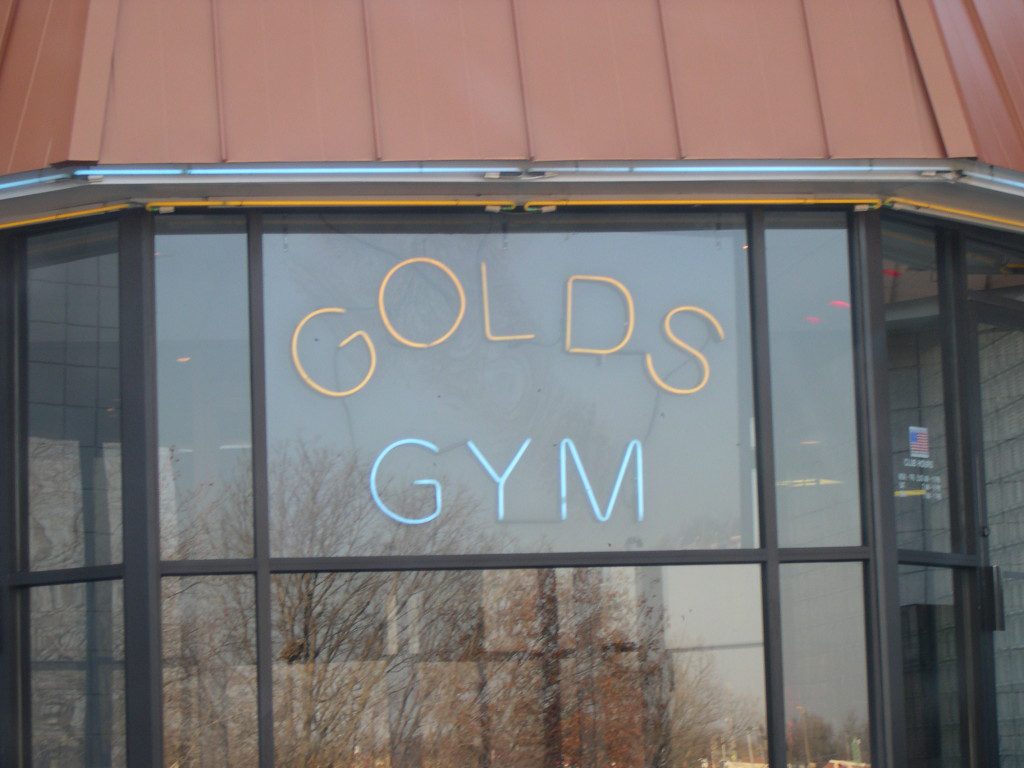 Now don’t get me wrong. There’s a part of me that has always loved exercise. The “runner’s high” rush of endorphins that come after an hour of kickboxing or forty-five minutes on a spin bike is as addictive as Starbucks.

But, sometime during my decades of gym-visits, working out stopped being fun.

I ceased going to feel good and instead visited the gym because I “had to.” Subtly, the gym became my prison. I served hard time there for a few hours every week. I did community service on the treadmill and paid for my caloric crimes in pump class.

Unlike taking a walk with my daughter, exercising at the gym counted towards my penance. It remained the only suitable place to “earn back” the beauty that over-eating tried to steal. I couldn’t be trusted to exercise alone. I wouldn’t work hard or long enough. I needed accountability, a place to go (with others watching) and focus on paying my dues. My poor body image depended on it.

So, when God asked me to quit the gym at the end of last year, I was frustrated.

At first I blatantly refused. “I’m pretending I didn’t hear that God.”

“God, don’t you understand that the gym is the only time, place, avenue for me to not gain more weight?”

He said to do it anyway.

Reluctant and afraid, I obeyed.

I’ve been gym-free for two months now. I’ll admit, it feels better than I thought it would. I envisioned myself gaining ten pounds a week and sinking into depression. But, in truth,  my health has been better since I stopped working out so hard. I’ve wrestled my thyroid for a few years (I have Hashimoto’s) and, until now, ignored the doctor’s recommendation that I only do light exercise. Physically, I needed a break. Years of over-exercising take their toll.

What I didn’t expect though was to deal with lingering body image issues that gym separation brought to light. Right before I made my decision, my friend Amy asked me why I told people I was a “fitness instructor” anyway when that only accounted for a few hours of my week. Her probing revealed that part of my identity connected to the gym. I still relied on the gym (and my regular attendance there) to validate my worth. As long as I remained a “gym girl” I felt fit. I felt acceptable. I had turned gym membership and gym employment into idolatry.

Is that what God really wanted me to give up? (Not exercise.)

Will I never darken the doors of a gym again? Hardly. Truth is I have to teach for someone next week and I’m slated to return to my Spinning job in late April. But when I go back I hope to enter that place with a different perspective. During my break I’ve been reminded that exercise can (and should be) fun. Everything I do should be done joyfully as unto the Lord–and working out doesn’t have to be the exception. I have to stop using exercise as a way to earn acceptance, and instead of desperately trying to cover for my food-related sins, I need to seek health in all areas.

I also pray that I’ll no longer look to the gym for my identity-that I’ll give up the label of “gym girl” and instead wear one label, and one label alone, that of “Jesus girl.”

Read more of my story, here: 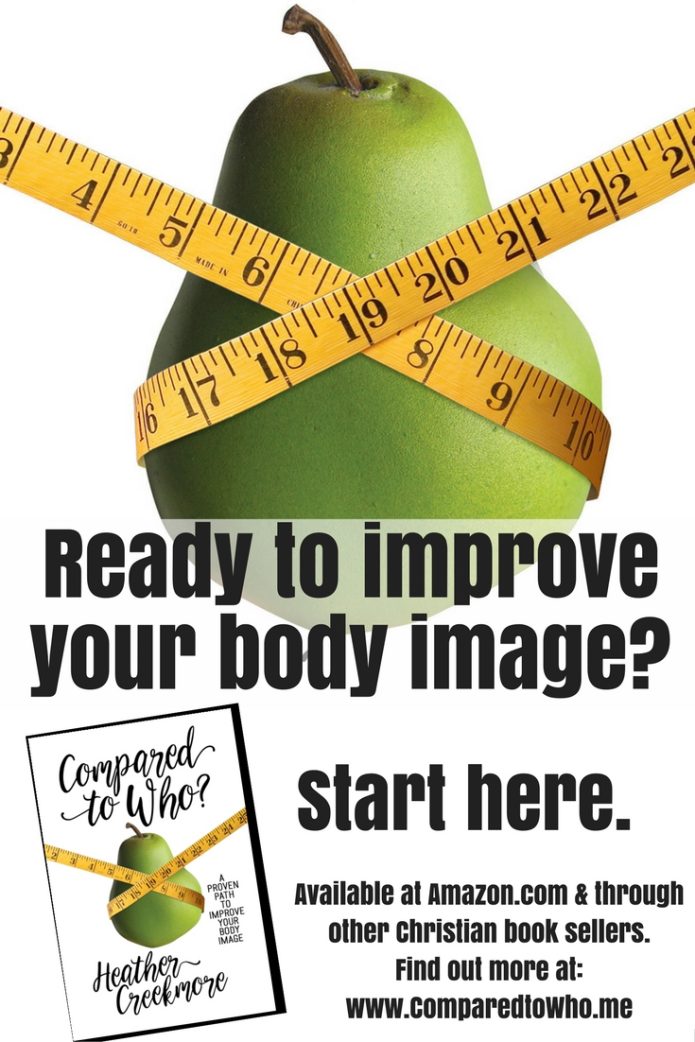 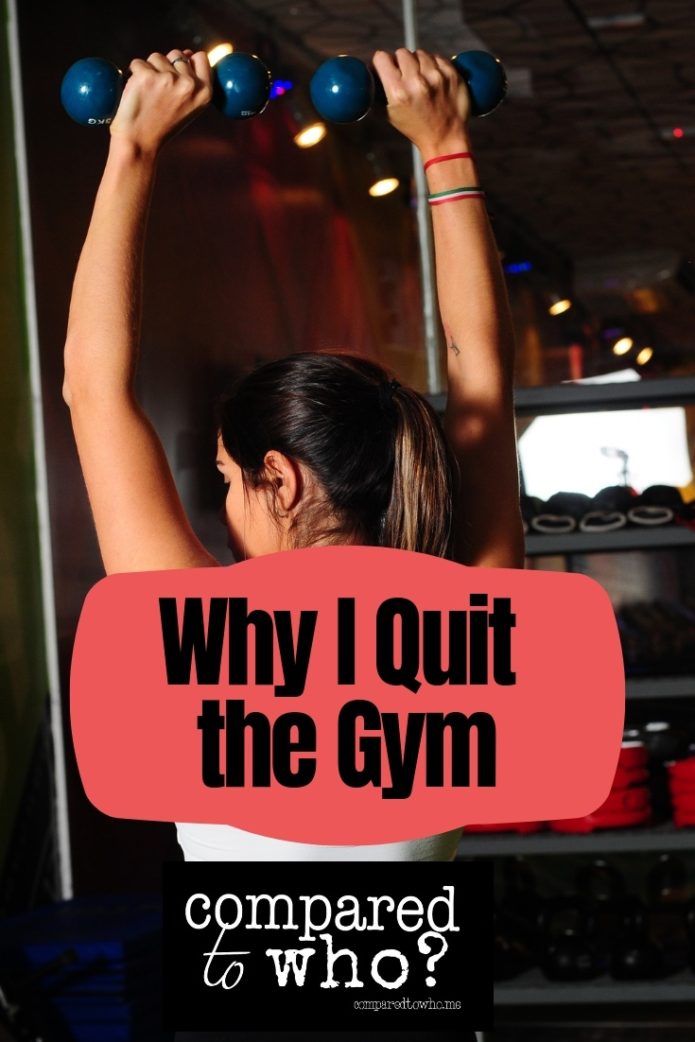