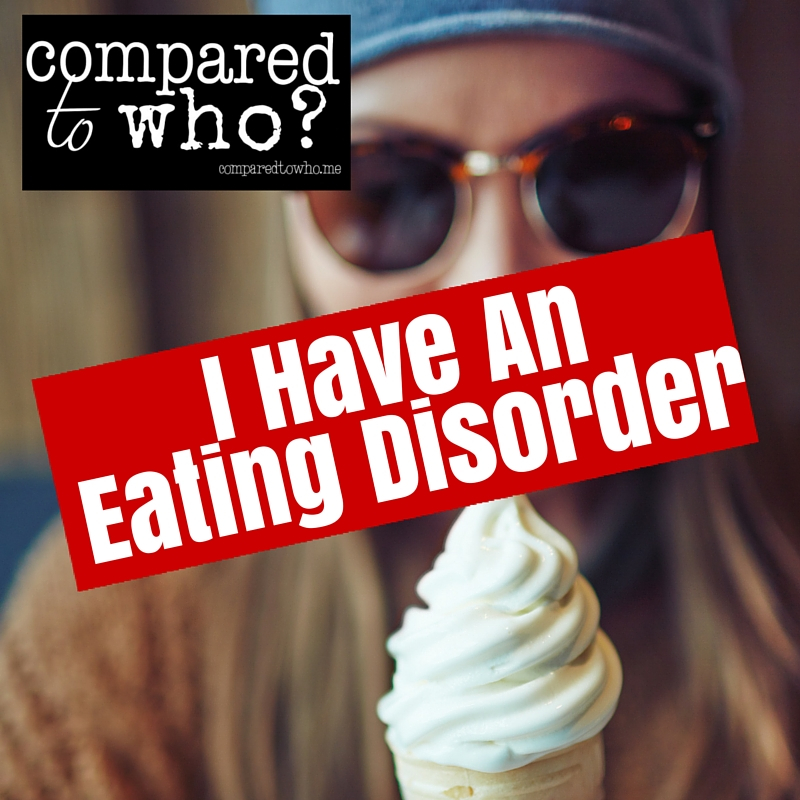 I Have an Eating Disorder

Today’s post is written by a friend–a very courageous friend who thought it best that her name be left off of this vulnerable confession. Like the author, I too struggled with an eating disorder when I was in my teens and twenties, yet I didn’t have anorexia or bulimia so I assumed I was fine. I shared some of my story in this related post. I hope you’ll take a few minutes and read this woman’s story of her struggle with food and disordered eating.

It happened so quickly. Or at least it felt like it did. I found myself back in the pattern of control, restricting my food, and over exercising. My mind was a jumbled mess of weight, food, numbers, exercise, and calories. I recognized the familiar power it had over me and knew it had gone too far for me to break out of it alone this time. This wasn’t my first go around with this type of thing.

After some friends showed concern, I knew it was time to make the phone call. I called a therapist I once knew and told her, “I do NOT have an eating disorder.” (I was very clear about that!) Instead, I had some issues with food that I needed help with.

I was sure I didn’t have an eating disorder. Instead, I had some food issues and body image struggles. How did I know? Easy.

So, obviously, I didn’t have an eating disorder.

Yet I weighed myself multiples times a day–crying if the number went up, even if it was between morning and bedtime within the same day.

I feared that everything I ate would turn to fat on my body. I convinced myself that 2 hours at the gym each morning and a run every evening was the necessary amount of exercise to not gain weight. Overly aware of the fat on my body, I could “feel” it all the time.

I was anxious about being at social events where food was around. I felt guilt about everything I ate, even thought I knew I had to eat to survive. I thought about food and exercise ALL of the time. Yet only two of my closest friends even knew something was wrong. To the outside world, I looked happy and healthy. 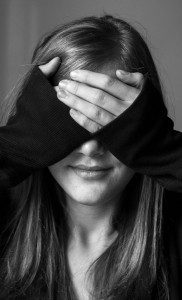 I was aware that these issues with food weren’t normal, but I was also sure that I wasn’t skinny enough to have an eating disorder. I was embarrassed to even ask for help, because surely no one would take me seriously at my current weight. At one point I got so desperate that I thought about fasting for a few weeks so I would lose weight and look skinny enough to merit asking for help.

Eating disorders go far beyond textbook anorexia and bulimia. One in ten individuals struggle with eating disordered behaviors that can cause serious health issues. Often it is those who appear to be a healthy weight who are actually the most sick and at risk. Contrary to popular belief, body size is not an indicator of the presence or lack of an eating disorder. Don’t be fooled.

I did the meetings, hoping my dietitian and therapist could give me a quick fix for “people who don’t have eating disorders but who just have some food issues.” Come on! Surely there was a quick fix! I wanted to get in and out of this process. I’m talking like three sessions, max.

But, it didn’t work quite like that. I finally read a book my dietitian recommended titled, Life Without ED, by Jenni Schaefer. Halfway through the book it hit me. My internal dialogue went something like this:

“Oh no. No. No. No. No. That’s me. All of those things she does/thinks/believes/hears that she says are the eating disorder. . . She just described exactly what is going on inside of me.”

This wasn’t a fun realization. It took some time of going back and forth with my therapist about it, but I see now just how crucial that realization was.

Until I was able to admit, “This is an eating disorder, and this is a problem,” I wasn’t able to start taking steps toward wholeness. That acknowledgement was my key to unlock progress, forward movement and healing. Only then I could let God and people into this process, totally exposed, to help me find real freedom.

I’m not encouraging you to slap a label on yourself or anyone else. Trust me. I am super “anti-label”, because I believe so deeply that all freedom is possible through God. Labels shouldn’t ever define you or hang over your head like a cloud.

Nor am I encouraging you to go see a therapist and spend the rest of your life talking about your problems so much that you end up magnifying them. Turning your molehills into mountains with your words isn’t wise or productive.

But I AM encouraging you to take an honest look at yourself and assess how free you really are. Does food, exercise and body image control your life and dominate your thoughts? Are you tired of managing these things, and would you rather get rd of them altogether?

One of the most freeing things I did was say, “I have an eating disorder.” And I only said it to myself, my treatment team, and a close friend. You don’t have to broadcast it to the world or make it your identity. But being able to say it, gives you the ability to overcome it.

And you know what? The fact that I have an eating disorder is a problem. God’s girls aren’t meant to live as captives to anything. BUT…it is the perfect opportunity for my problem-solving Father to come and do what He does best. If there is a problem, there is a solution. If we don’t admit there is a problem, we never get around to looking for the solution.

As Christian women, we can’t be like ostriches and stick our heads in the sand, ignoring the issues that arise in our lives. We must look at the problem straight on and say, “Yeah – this is a giant in my land. It is big, scary, and I can’t conquer this alone. But my God is bigger than any giant. And as a matter of fact, He loves to crush giants. He loves to show himself strong on behalf of His people. So – you unholy thing, you better watch out because God is on my side, and we are going to demolish you!”

Don’t stick your head in the sand. There is much, much more for you. God wants to help you walk in ALL of the freedom He so graciously offers. More than you can ask or imagine.