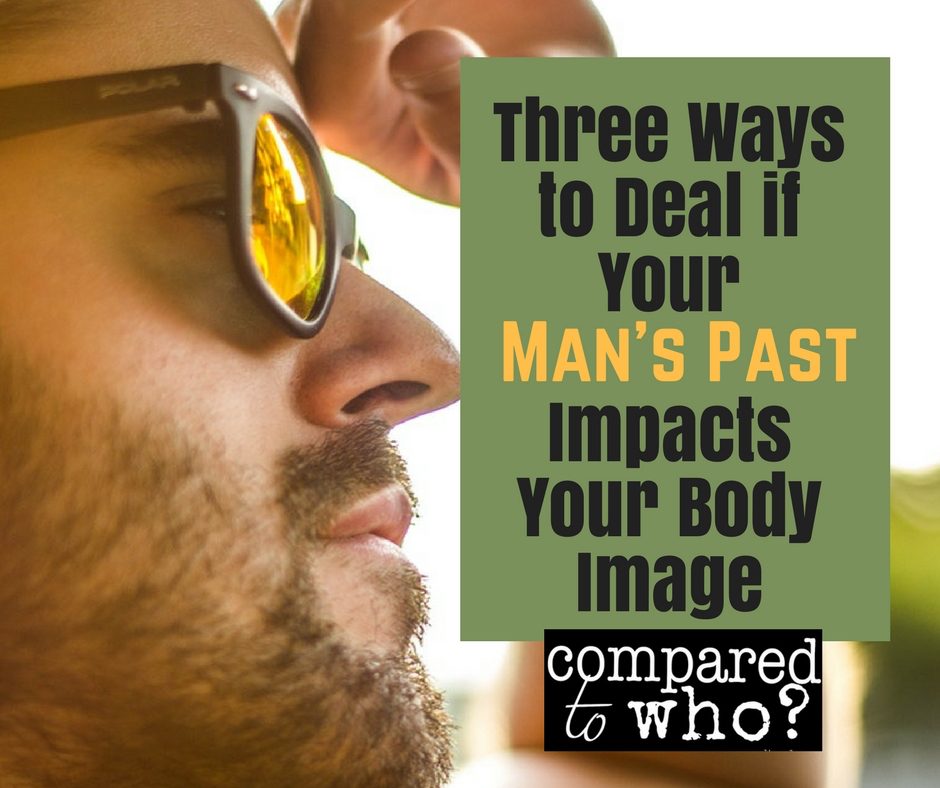 Does your husband have a past that makes you feel insecure–especially when it comes to the thought of physical intimacy? (Or do you have a boyfriend with a past and the thought of marriage and intimacy makes you feel inadequate?) Here’s an email I recently received from a reader and my response as to how to deal if your man’s past affects your body image.
Dear Heather:
My husband loves Jesus but he has a past. He didn’t start following Christ until later in life and he’s accumulated lots of, shall I say, experience. I feel intimidated by the fact that he’s been with other women. I also know that he’s struggled with pornography. How can I ever feel like I’ll be good enough for him, physically, knowing he’s seen other (more beautiful) women? I know he’s a new man, but I feel hopeless sometimes–like there’s nothing I can do to stop these thoughts while we make love. I’m obsessing over who he’s seen and how I can make my body better to try to keep up. (Of course, I’m over 35 and have had babies. . .so keeping up seems like a lost cause!)
What should I do?
Sincerely,
J.
***
Dear J:
My husband became a Christian while in a tent stationed in the middle east during Operation Enduring Freedom. He was 27. He was a Marine Fighter pilot who lived the “Top Gun” life before coming to faith. I struggled with body image long before I met him. But since I was saving sex until marriage, I had doubts as to whether or not it was even a good thing for me to marry this man, now on fire for God, because he had so much in his past.
But, praise God I didn’t let that stop me.
So, to your question. How do you stop comparing? How can keep your husband’s past from impacting your intimacy now?

Here are the three things I recommend that you do.

You’ll find more freedom to stop comparing when you are able to forgive him for and let go of the sin in his past.
I’m sure he desperately wants to let go of it, and you holding onto it can ultimately hurt him in his attempt to really embrace restoration and newness in Jesus. Jesus’ blood was either good enough for those sins, or it wasn’t. So, if you and he believe it was (obviously I do too!), then, you need to close that door and not go there again–out loud or in your head.
One thing that helped me as I wrestled with these issues was the acknowledgement that my husband wasn’t a “bigger sinner” than I was because of his sexual sin. I carried a false pride into our marriage, believing I was the “pure” and more “righteous” one. As you may guess, that led to some marital conflict. Pride never brings unity. Counseling helped me sort out that we were both sinners and I was immature (and wrong) to believe his sins were worse than mine.
Let your man’s sins be thrown as far as the east is from the west too. Don’t dig them up for him and remember them, while he’s trying to forget them. He may still be haunted by those images from the past–but I assure you, if Jesus is working in his heart he wants to let them go. So, help him do that. 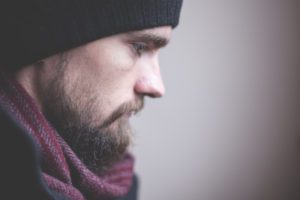 Second: Acknowledge Beauty’s Lying to You.

Now for the tough stuff. You know what some of these other women he’s seen look like. They’re hot and you are feeling like you’re not. What do you do?
You remind yourself that beauty (or “hotness”) doesn’t give what it promises. Stop believing the lie that because they were hotter, he’d be happier. (I write about this cultural myth in my book too.) The truth is, there is no scientific evidence anywhere to prove that people with better bodies have better sex lives. In fact, it’s almost the opposite. Though I’m not sure a study exists that factors in the appearance of the woman, married couples in monogamous relationships enjoy the most fulfilling sex lives.
So, stop buying that lie.
He loves you and therefore, you have everything he needs to be satisfied in that arena. Married sex is different than hedonistic hook-ups. It just is. Culture likes to tell us men are just visual animals who can only be pleased by the hot-bodies, but men are made in the image of God and have hearts, souls, and emotions, too. Lust is not the same as love.
Sex outside of marriage is often disconnected, unfeeling sex. It’s a mostly physical act. Inside of marriage, our intimacy can go much deeper. We are allowed to get closer to each other in every way when we physically connect through the act. There’s no comparison, really.
How do you keep yourself from thinking about what he’s thinking when he looks at you? Girl, I get this too. I had a melt down because my soon-to-be husband didn’t oogle me in a bikini before marriage (Not proud of that time in my life– I obviously had some issues.) I thought he wasn’t happy with what he saw, and decided he was just marrying me because he was trying to do a “Christian” thing and didn’t really love my body, etc . . .
Now, 14 years later, I see how it wasn’t HIM who was focused on the wrong things, it was me. I was more focused on my body and what he thought of my body and he wasn’t at all. Can I encourage you to stop making decisions for him about what he likes and doesn’t like? He loves you. He chose you. He hasn’t chosen ANY of those other women. He’s redeemed by Jesus’ blood and wants to do life with you. YOU are the woman of his dreams. And, that’s why he picked you. If he wanted someone who looked different or had a “hotter body” – he would have chosen them. But, that’s not what he did.
You’re his girl. Rest in God’s love and the truth of what your husband has done and said, not what you fear he’s thinking. (How’s that for an unconventional point three? Follow me here, though.)
It’s universally accepted that Matthew McConoughney is hot. That’s why scores of women are now actively considering purchasing a Lincoln.
I’ll admit, he’s a good looking man. But, I don’t want to marry him or even meet him. I’m able to hold the objective opinion that he’s an attractive man while still being absolutely in love with my husband.
Every time I get concerned that my husband is going to find some woman hot and decide he doesn’t want me (and my body) any more, I think of my ability to hold the opinion that a man is hot and not have any desire to be with him.
Perhaps this perspective will help you re-train your brain to stop seeing other women as competition for your husband’s affection and, instead, appreciate that God has given different people different gifts, all to be used for his glory. To some he did grant great beauty, but that doesn’t negate or detract from the beauty your man sees and appreciates in you. Don’t let the enemy lie to you and rob you of the opportunity to savor your man’s love and affection.
If you can apply these three steps, J., I know that God will do a mighty work in your marriage and your intimacy.
Thanks for your question! Prayers for your continued journey to body image health and wholeness.
Love,
Heather
(Names and facts changed to protect the innocent. Do you have a question you’d like to see answered on Compared to Who? Email it here.)
Share148
Pin429
Email
Print
577Shares