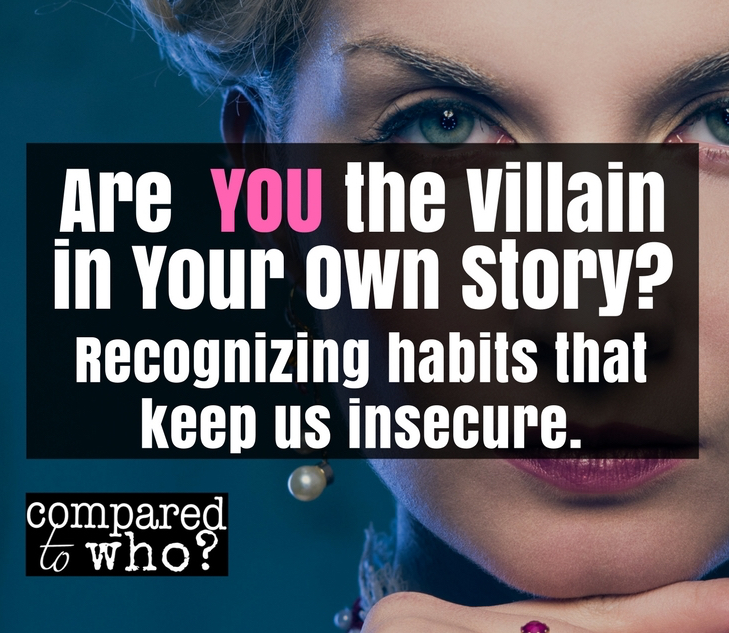 Are You the Villain in Your Own Story?

Yesterday I watched the movie Tangled with my kids. It reminded me of how powerful fairy tales are at telling stories and how they assist us in recognizing good and evil in the real world.

C.S. Lewis put it this way, regarding fairy tales, “Since it is so likely that they will meet cruel enemies, let them at least have heard of brave knights and heroic courage. . . Let there be wicked kings and beheadings, battles and dungeons, giants and dragons, and let villains be soundly killed at the end of the book.”

Though Tangled is only a movie based on the fairy story of Rapunzel, the enchanting, age-old thread of good versus evil runs throughout the movie. We root for Rapunzel and her down and out, bad-boy, friend Flynn Rider who had been dealt a raw deal. A sense of justice rises in us when we witness the deceit and abuse of Rapunzel’s faux-mother, Mother Gothel. Mother Gothel, drunk on power and youth, stole baby Rapunzel from her true family because Rapunzel’s magic hair could bring youth and healing to whomever touched it.

Mother Gothel tricked Rapunzel into believing that she was not only her mother, but her protector. She convinced the girl that her life as a prisoner in a high tower–away from the dangers and threats of the world–kept her safe. The naive Rapunzel believed Mother Gothel at first. But, eventually she began to see the abuse and deceit. This discovery led her on the adventure of a lifetime to find her true family.

We all want the hero(ine) to win and the villain to lose. We all have some sense of justice. In fact, we all identify ourselves with the hero of our own story.

But what if I told you there was a darker, more truthful reality to the story of the hero and the villain?

What if I told you we are more like the villain that we’d initially like to admit?

Are You the Villain in Your Own Story?

Lately, God has taken me on a journey–a journey into my own self-righteousness. This journey has peeled back the layers of my heart to show me just how capable I am of being the villain in my own story.

At face value, we act appalled at the exploitation that victimizes Rapunzel. Mother Gothel’s identity rests in maintaining her own youth and beauty at the expense of Rapunzel’s well-being. When Mother Gothel’s fragile identity was threatened, she just sat Rapunzel down and played with her magic hair. She objectified the very one a mother is called to protect. Rapunzel was invaluable not for who she was, but for what she had to offer. This creates a false sense of identity.

This is the same danger I’m tempted to fall into when my identity lies anywhere it should not be.

(Being very vulnerable here.) How many times have I posted a picture of my child on social media hoping it will make me look like a “good” mom? A mom who has her stuff together? A mom who has an obedient child so I appear as though I have this motherhood thing down? A holy mom. A mom who does it all and has it all.

What about you? Where is your identity? Your business or career? How many times has it been easier to be deceitful in the name of gaining business or clients because a successful career defines your identity? Or finances? Do we want people who see how many vacations and material items we spend money on because we think that will make people impressed?

Do you see where I am going?

Mis-placed Identity Brings Out the Mother Gothel in Us All

When we place our identity anywhere other than where it should be we will discover that we have a desperate, exploitative, manipulative, villainous Mother Gothel in us all.

Is our identity in being beautiful and fit? If so, it’s insecure because, reality is, we will get old, wrinkly, and (eventually) die. When this begins to happen, if our identities are not anchored, we will begin to manipulate, use, and exploit people to help us frantically grasp for eternal youth and beauty. (Magazines, media, pornography, sex industry anyone?)

Is our identity found in motherhood? When whatever picture we had in our head of what that was supposed to look like is jeopardized, we will do, say, post and live in ways that use, manipulate and exploit the very ones we are entrusted to protect.

Is our identity in having a successful career? Then we will lie, deceive and justify it all in order to stay on top. 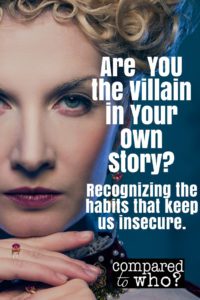 So what is the only antidote to killing the villain, the Mother Gothel, in us all?

Securing our identity to an Anchor. An immovable, immutable, all-sufficient Anchor that holds us steady when all other areas of our life are threatened.

When we are no longer young and beautiful.

When our children are in rebellion and not the perfectly compliant angels we dreamed they would be.

When we have to meet the quotas and demands of a career when our integrity is on the line.

When our finances are tighter than we would like.

We have this as a sure and steadfast anchor of the soul, a hope that enters into the inner place behind the curtain, where Jesus has gone as a forerunner on our behalf. . .”

Our Anchor is a person. And it’s not me or my husband or my children. It’s not a business, career, boss, or socio-economic status. It’s not in how I look physically.

It’s in Jesus. Jesus has his arms open, welcoming me into a relationship with God through his forgiveness for my sins. Once I am his, once I belong to God, I am always his. I can look to the right or the left, I can flirt with other identities, but they will not only fail me and leave me feeling empty and hopeless. So he waits for me, patiently. He allures me tenderly to his presence (Hosea 2:14), and He fills my heart to full and overflowing.

Once we live life with this knowledge, we can allow the sanctification process to slowly change us, from glory to glory (2 Cor. 3:18), day after day, as He wrestles the villain, the Mother Gothel in us all and reveals once and for all there is only one Hero of our heart. One Anchor for our soul.

His name is Jesus. 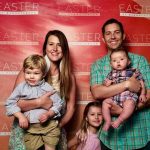 Gina Funderburg has a passion for encouraging others on their journey towards a healthier lifestyle by helping them understand basic and simple exercise and nutritional principles, as well as the value of community and accountability. As the mother of three young children, she believes that a healthy lifestyle journey should be a joy, not a burden as another task to make life more difficult. As a fellow woman, she has been wounded by the battle of body image and self-perception, and has discovered that the only respite from the war is found in the strong arms of her loving and gracious Savior, Jesus. Follow Gina’s blog at:Funderandlightening.blogspot.com or read Gina’s other posts here.