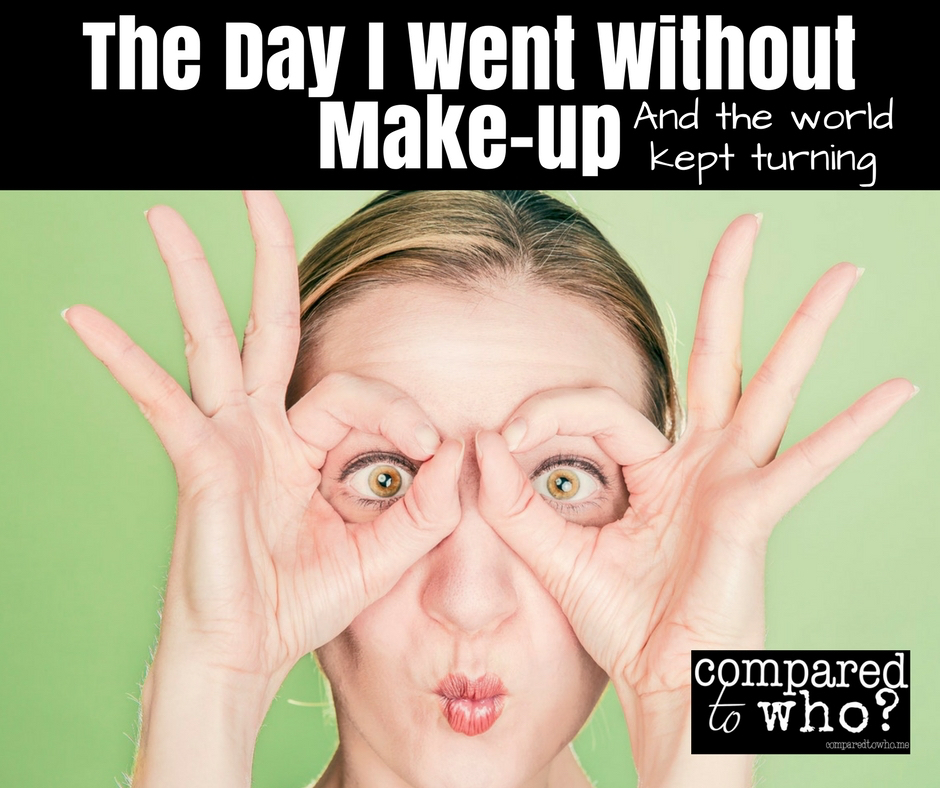 I have worn make-up every day since I first put on eyeshadow as a young teenager and someone told me my eyes looked bigger (YES! Success!). After that, make-up and I became buddies. Best buddies. I never left home without it. One time in college, my roommate’s boyfriend joked that he had spotted a “rare sight” at our window one night: “Kristen without any make-up on!” I wore make-up to the beach. To the gym. I wore it all my waking hours and truly believed I looked totally different (and remarkably worse) without it.

Have you ever had the sneaking suspicion you’ve let something fun and harmless become too big of a deal?

Well. A few years ago, I began the tough task of trying to live out a healthier body image. I let go of the strict dieting I had always clung to to try and stay skinny. I even threw out my bathroom scale. What amazed me was that, while not always easy–the more I let go, the more freedom I found.

I began to wonder about my good buddy make-up. I wondered what it would be like to not have to wear it all the time. Would that feel liberating too? Or just embarrassing? I leaned towards the latter. I mean, I had worn it for the majority of my life! Would people even recognize me?

Still, I decided to try. One day as I got up and got ready, I purposefully left my cosmetic bag in the bathroom drawer. Then I grabbed my car keys, and I (GULP) headed to Target–completely make-up-free. I caught a glimpse of my pale eyelashes in the rearview mirror and felt a little sick. I literally had to stop myself from gliding at least a little bit of lip-gloss on before opening the car door. But I didn’t. I steeled my resolve, and strode into the store. Do you want to know what happened? Get ready for this.

Not one person looked me weird, or treated me differently. No one said I looked strange, or mentioned that my eyes looked small. I smiled at fellow shoppers, and they smiled back. I chatted with the cashier and she chatted back. It was all very…normal. I’m not sure what I had expected, but not that. What a revelation!

Since then, I have started going without make-up more and more, and guess what? It is freeing. On a practical level it is true that, like my mom used to say, “Others don’t think about you nearly as much as you think they do.” Even more than that, though, it helps me remember that my true worth and purpose is grounded in something (and Someone) so much more important and eternal. People have even mentioned they feel a little more relaxed around me since I’m not so concerned with always being “put together.”

As I slowly leave behind the things I’ve given way too much power over the years, I discover a more well-ordered way of living. A life defined by freedom, instead of self-preoccupation. The kind of life God desires for all His children.

Now, in case you were wondering, I still wear make-up. And I enjoy it! The difference is that I’m not bound to it anymore. That was something so important for me to see. I just needed eyeliner-less eyes to see it fully!

See Kristen sans make-up and hear her tell a bit more of this story in the video below! 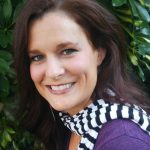 Kristen Maddux lives in St. Petersburg, FL and takes any chance she gets to go to Disney World. She loves creativity of all kinds, and words–whether that’s diving into a good book, watching old movies, writing out her thoughts, being involved in theater (or just meeting up with friends and talking a lot!). Married to her college sweetheart, they have a nine-year old daughter and a goldendoodle puppy. She is loves decorating their home, and is passionate about becoming the kind of wife and mother who lives in balance with food and acceptance of her body. She hopes to encourage others on that journey as well. Read Kristen’s posts here.