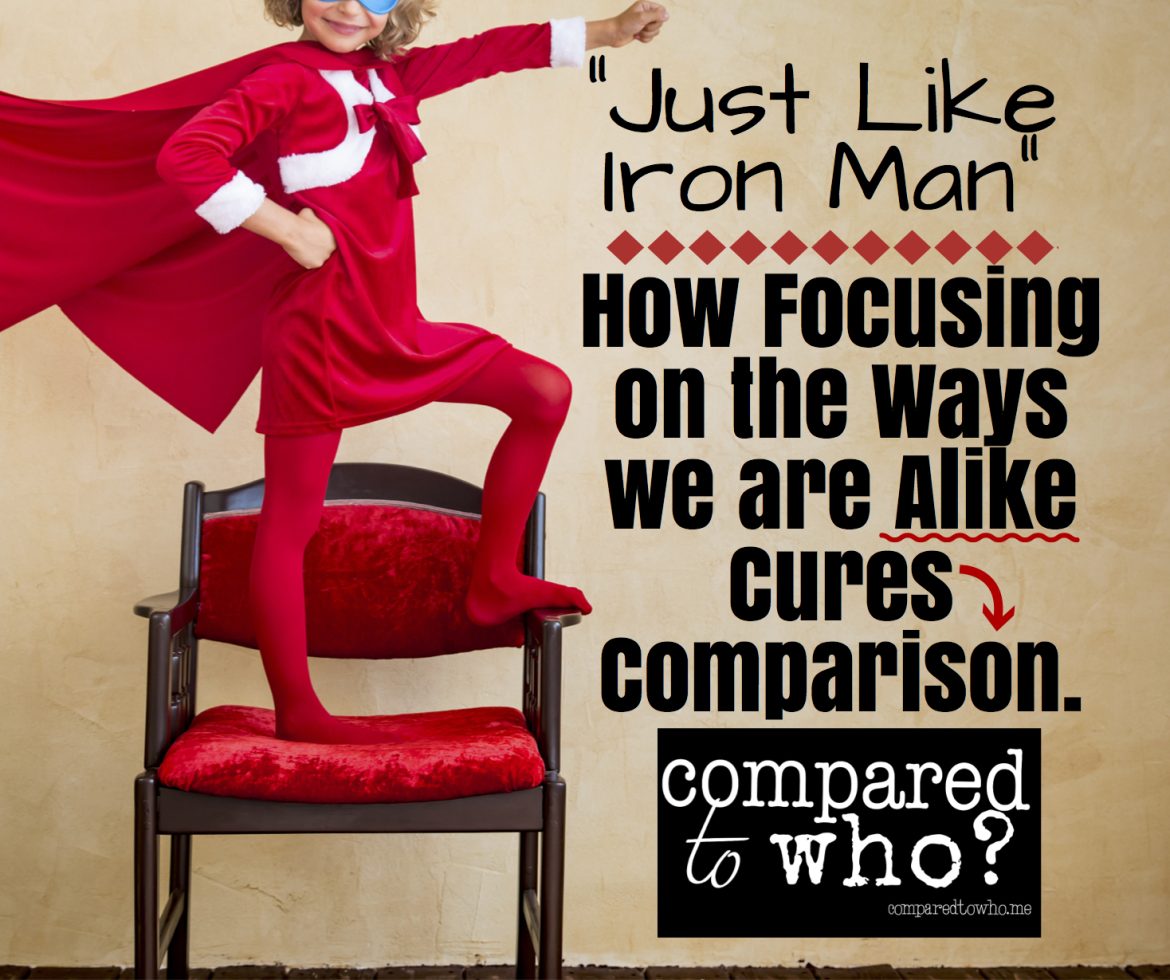 Can Focusing on How We Are Alike Cure Comparison?

My four-year-old paces beside my desk as I work. He explains to me that he and Iron Man have a lot of similarities. They are both boys, for starters. They both like to wear red. They both like Legos. (Of course Iron Man plays Legos. Duh.)

And they both can go “FOOSH!” He gestures his fist forward as he makes the sound. (I’m not really sure what going “FOOSH” is, but he sounded convinced.)

I turn away from my screen, nod and tell him, “Yes, buddy. I see that! You are just like Iron Man. That’s super cool!”

Satisfied he convinced me, he struts back to his toys. 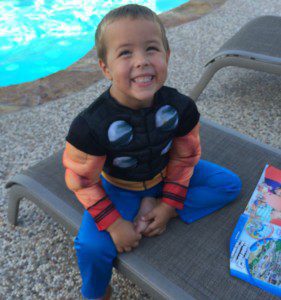 Just like Iron Man wearing a Thor suit. It’s confusing. But, when you are four, you can get away with calling it the same.

I guess you can already see–from this extensive list–how alike we are. Yep. Practically twins.

That’s not exactly what I was thinking when I saw her on the American Idol finale a few weeks ago. I wasn’t focused on the ways we were alike while watching that show. Rather, I caught myself comparing myself to her.

But, then I wonder: Doesn’t our comparison problem root itself in the ways we are different?

When I look around and compare myself to others in a way that’s detrimental to my joy, it’s often because I’m focusing on what they are, and what I am not.

She has this look, this shape, this dress size that I want.

She has this marriage that I want.

She has this successful career that I want.

I wallow in frustration over the ways we are different. She parties with the “haves” while I wallow in the land of the “have nots.”

But, what if we stopped focusing on the ways we were different, and instead started focusing on what we have in common. Would that change our experience when we compare ourselves to others?

Though the chasm between my son and Iron Man may be too wide to bridge, my list of similarities with Carrie Underwood could keep going. 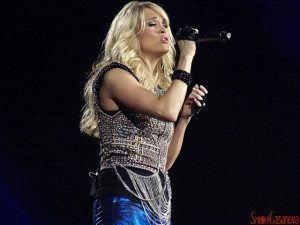 Carrie Underwood photo by Shelby Casanova accessed via flickr, no changes or modifications were made to original photo. Used under creative commons license which can be accessed here.

We both had c-sections.

We’ve both lived in Oklahoma. (It was a memorable three months.)

She admitted to using weight loss supplements with ephedra in them when she was younger. Me too.

She said she’d been cheated on. Me too.

Oh, and Carrie Underwood said this about her body image struggles, “I think about what I look like more than I should. . .Some days, I step out of the shower and put my lotion on and I’ll be like, ugh. Ew. Ew.”

Yes. Me too. I have body image issues I’m working to overcome, too!

Could it be that we have more in common than I would have ever guessed?

Usually I recommend that people find their unique purpose. I say you best cure comparison by understanding that you have a set destination, that God has already written your boarding pass (Read more about this here or watch a video on that here.). Know how God made you unique and you won’t be tempted to compare yourself, your stage, or your journey to someone else’s.

But, my son’s Iron Man match-up makes me wonder if we should also focus on what we have in common with other women, rather than the ways we are different, as another way to cure comparison’s sting.

If I remember that the gorgeous woman on the billboard fights PMS, feels sadness, and longs for love just like I do . . .

Can I stop objectifying her?

If I scroll Facebook and see a friend’s perfect family, evening, dinner, outfit, Pinterest craft, or whatever . . .

Can I remind myself that social media features only her highlights reel? Just like me she experiences bad hair days, bad marriage days, and bad dinner nights (we call it “ordering pizza”). She still struggles not to yell at her kids (especially before posing them for photos to post on Instagram) and has her fair share of Pinterest fails (But, it looked so easy!).

How often do we see those magazine covers in the check out line at Target and think, “Wow, I wish I had her body!” without, ever once, stopping to read those headlines around the photo that say things like, “Why she checked into rehab” or “What she knew about his affair” or “How she battles depression.” Although some of the tabloid stories are bogus, I wonder how it would help our struggle to remember that these cover women have emotions, hard times, and struggles just like we do. Their physical beauty hasn’t made their lives pain free.

So the next time you are tempted to compare yourself to another woman, would you do me a favor and try it? See if it helps. Start a running mental list of all that you have in common with that woman. If it’s someone you know, than get to know her better! I promise you that as you develop closer friendships with women who appear to have “flawless” lives, you’ll start to see some cracks.

We are all broken and flawed creatures who long for unconditional love and acceptance that comes only from Jesus. When you start seeing others through that lens, it’s amazing what you’ll find you have in common.

Funny. If that’s the standard, maybe I’m “just like” Iron Man, too. 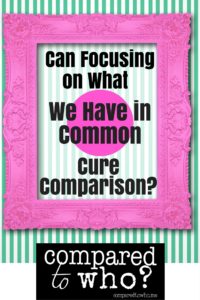