Two Reasons Why I Won’t Buy Your Wrinkle Cream

Am I the only one who remembers the Oil of Olay ads from the 1980s? It was a little confusing to process the necessity of such a product as a nine year old. All I wanted was to look older, yet this woman on television was trying to sell a product that would help women look younger?

My quest to look older didn’t stop abruptly at my twenty-fifth birthday either. I couldn’t wait to turn thirty so I could casually throw my age into work conversations for added credibility. 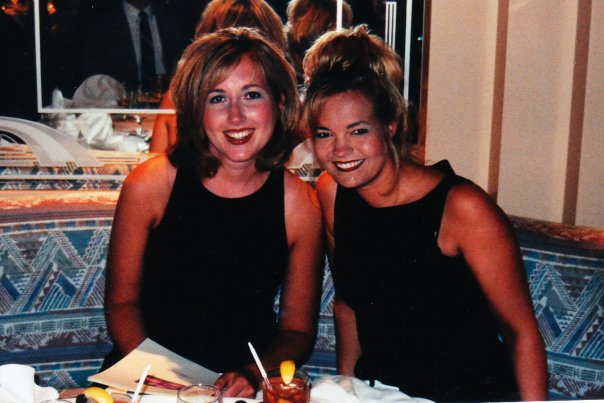 Here’s me (right) at 25 at a work event. (My hair height may have contributed to people believing I was still in high school.)

Thirty-five felt somewhat the same. I tired of not being taken seriously enough because I didn’t look my age. 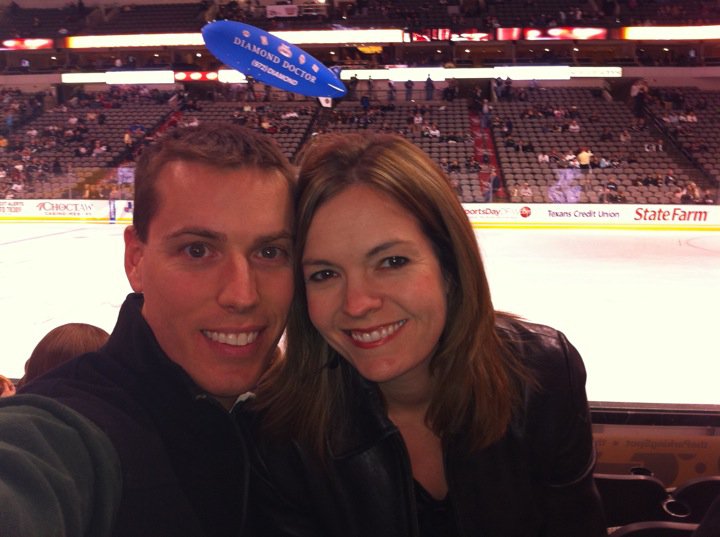 But then forty. Oh my, forty! Forty came and things started to change, everywhere. Especially on my face. I likely should have listened to the woman at the Estee Lauder counter who scolded the twenty-something me while I rubbed on some sample foundation. “You’ll regret pressing that hard in fifteen years, Honey! Be gentle.”

Those lines on my face confirm that she was probably right. 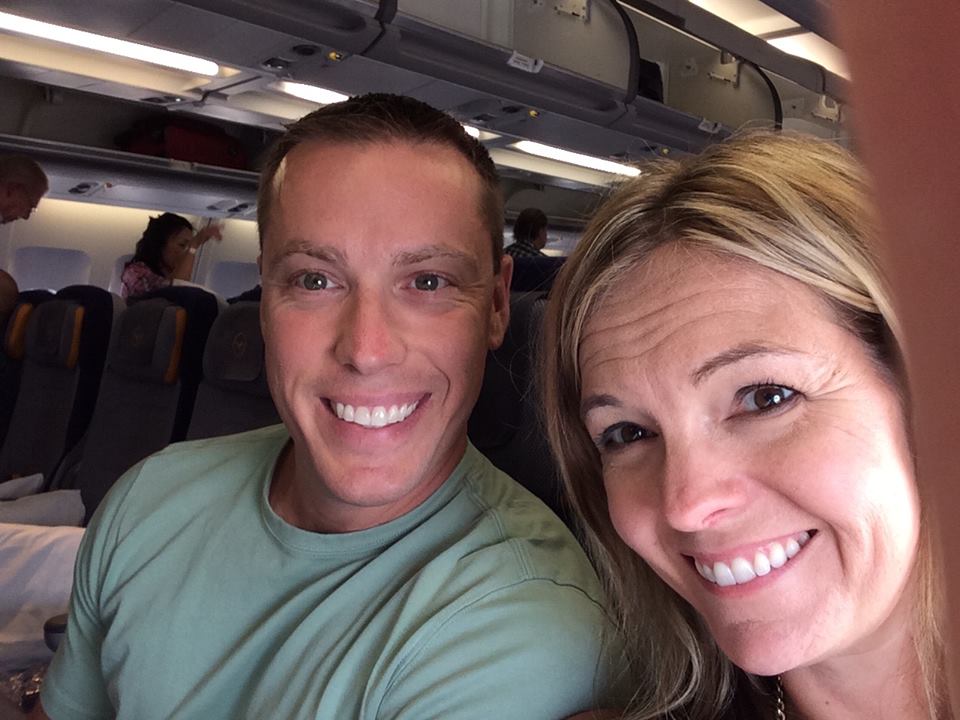 Is that a piece of notebook paper on my forehead? Crow’s feet are cool, right?

Fortunately, I have no less than fourteen Facebook friends who sell magic wrinkle creams. No doubt each of them would be really happy to have me in their “before and after” pictures. (Have you seen my forehead creases?) A serum that will restore my youth? Though it sounds mythical, it also sounds appealing. Quick results! 31 Days to a Younger Looking You! Hmmm . . .

I considered asking each friend for their company’s brochure and product pricing. That is, until . . .

I watched a newish movie called The Age of Adaline. If you haven’t seen it (spoiler alert), essentially a woman has some strange electrical thing happen to here that stops her from aging. She’s almost 100 years old and barely looks 25. Her daughter, a woman in her sixties for most of the movie, is mistaken for her grandma. She spends her life on the run because she fears being treated as a government science experiment should anyone find out her secret.

Though this movie didn’t win any awards (but it does have Harrison Ford in it!), it made me think that perhaps I’ve been seeing this aging thing all wrong. Perhaps, investing a paycheck into a new bottle of wrinkle cream shouldn’t be my top priority. 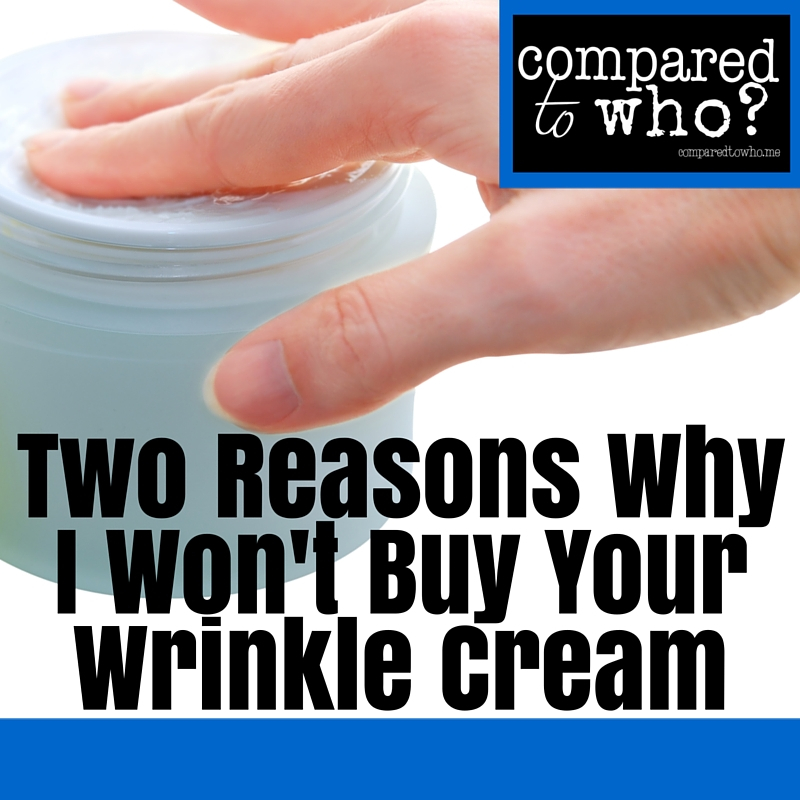 Here are two reasons why:

1 – Looking younger isn’t all it’s cracked up to be.

In the movie, Adaline grabs the attention of men in their twenties, likely because she looks like she’s also in her twenties. You feel sorry for her character because she has a wealth of life experience that makes it difficult for her to relate to these men who are seventy years younger.

Now, granted, as a married mom, I’m not too worried about getting hit on, yet alone the age of the men doing it (because it hasn’t happened to me in a decade). But, it does make me think that there’s something beneficial to looking our age that we overlook. What if looking our age gives us our appropriate place in society?

Could it just be another myth of our culture that says our value dissipates as we get (and look) older?

Wouldn’t it be great to start a revolution where the wisdom and value of life experience that older women have is appropriately treasured? The Bible talks about older women training the younger ones, not of them going into hiding because they no longer look fresh-faced and youthful.

2 – We can’t actually change the fact that we are aging. No matter what our skin looks like.

Sometimes I tire of all the pretending. I’m supposed to wear Spanx to disguise my muffin top, heels to act like my weight is appropriate for my height, and then, on top of all that, wear creams all day and night to conceal that each morning doesn’t add another day to my age? It all seems a little silly, doesn’t it?

What if it were okay to look a little older? What if we stopped buying the marketer’s lies that aging is ugly, and instead rebelled and let our maturity show?

Now don’t misunderstand me, if you love you some face cream–I don’t think God’s mad at you for trying to eliminate your laugh lines! If you’re making the big bucks selling Nerium, you go girl! I’m not saying that you shouldn’t care for your skin.

Rather, if you are weary of the pressure to look like a photo-shopped twenty-something, then re-read these two points. Rest in the fact that your value doesn’t depend on your skin being wrinkle-free.

Instead, remember that Jesus’ love for you is ageless. 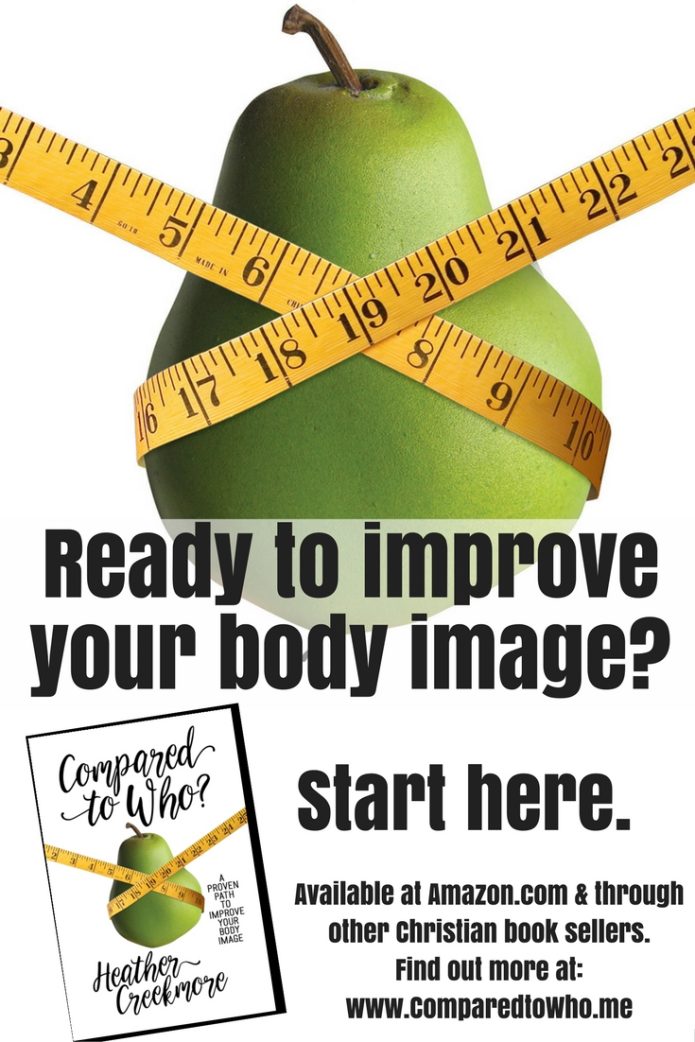