Ginny Owens is an internationally recognized Christian recording artist whose been blind since she was a little girl. Today I talk to Ginny about how body image and comparison issues present when you’re blind (and can’t look around and compare yourself to others). We also talk about chasing idols, trying to “live the dream” and feeling restless and exhausted and we have a great discussion about what true rest looks like. “Rest is a time to marvel at God’s creation, to sit back and reflect on it…” Ginny shares. We also confess our struggle to engage in community when we’re tired and the temptation to come up with excuses to skip out on group activities!

Plus Ginny tells me about her brand new book, “Singing in the Dark”–a  book of songs and laments–and what Ginny has learned through walking through her own times of darkness. “Lament is sorrow with hope at the center because we do not go alone,” Ginny shares. You’ll love the encouragement she offers for times of struggle in this interview.

Connect with Compared to Who? here: https://www.comparedtowho.me

Ginny Owens has had an award-winning career that encompasses two decades as a singer/songwriter, recording artist, author and speaker. During that time, Owens has released 10 albums, five EPs and two Christmas projects garnering critical success, chart-topping radio singles, and numerous film and television placements. She continues to inspire others with the truth of the gospel through personal stories, songs and Bible teaching. In 2014, Ginny released her first book, Transcending Mysteries: Who is God And What Does He Want From Us, co-authored with Andrew Greer and published by Thomas Nelson/HarperCollins. Her most recent set of EP’s, entitled Expressions I and Ii(November, 2020; February, 2021) have amassed millions of streams across multiple platforms.
Watch our interview on You Tube here: https://youtu.be/kXWr6xu6zm0 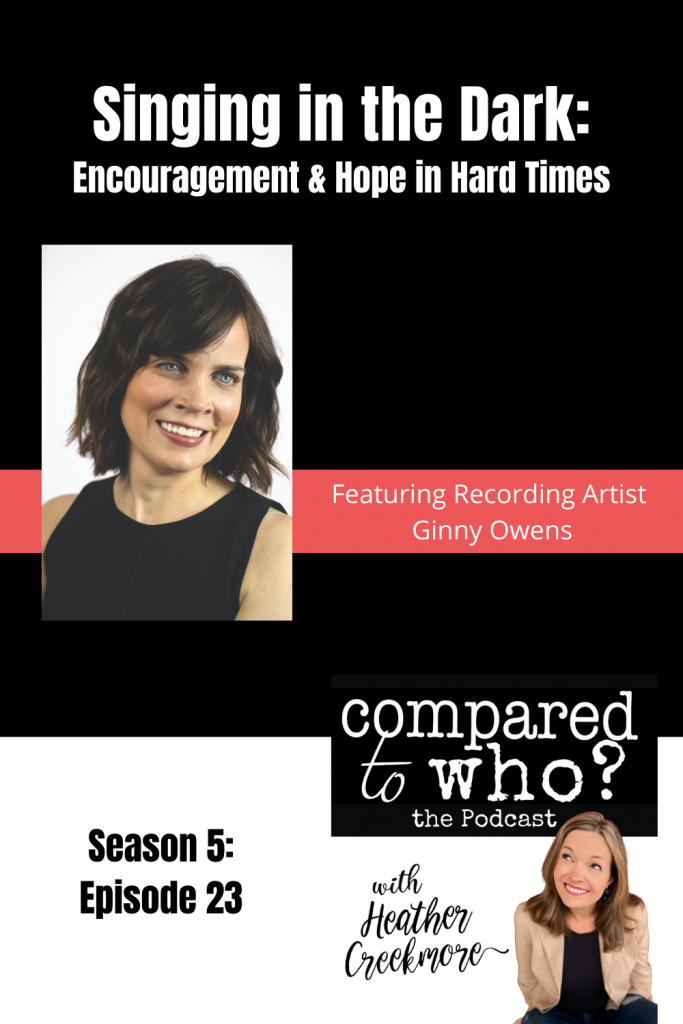