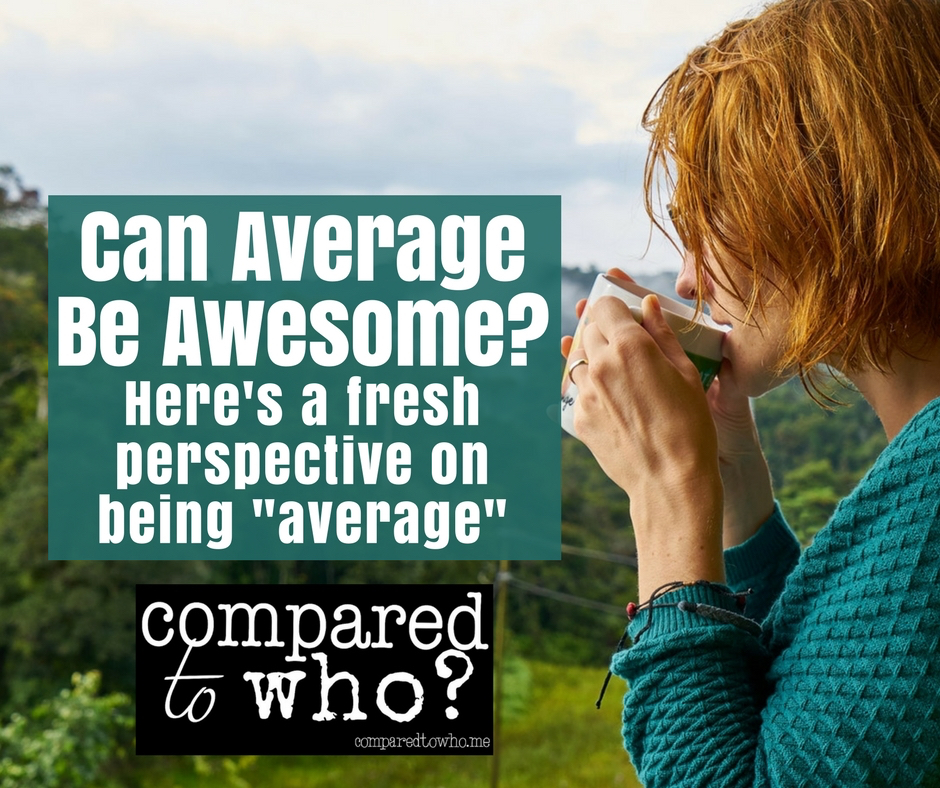 Can Average Be Awesome?

My son tested in the top 5 percent of his kindergarten class. I knew we had a child genius on our hands. I mean, how many children transcribe the Star Wars dictionary, letter for letter, meticulously writing words he couldn’t even read– like “droid” and Jabba the Hutt– at age four? Obviously, we were going to need to start saving for Harvard immediately.

When he mistakenly told moms at the playground he was headed to college instead of kindergarten they would chuckle. But secretly I wondered if maybe my boy genius would head there early— likely sometime after eighth grade. Could we swing that? Would he be emotionally ready to take classes with eighteen year olds at age twelve?

And, then he went to first grade. This time his testing showed a completely different story. My child was solidly in the middle. Okay, he was a little on the higher side of middle, but middle nonetheless. 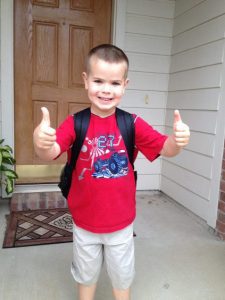 Average. There’s no word that’s a greater bane to the American’s existence. We can excel beyond the stars. We tout mantras that encourage us to dream it, believe it, and succeed. There’s no limit to how extraordinary we can be. We can be anything. . .except for average.

While being average should rank skyscrapers above failure, to most it’s not enough. We all desire to stand out from the crowd—be chosen—be identified as unique (in a good way). Craving the attention that being above-average brings, our hearts long for what accompanies extraordinary.

Don’t believe me? Ask any woman under the age of forty-five how many times she’s heard that she’s special?

I can flip on PBS for a few hours and my children are sure to hear that message. “We’re all snowflakes—each unique in our own way.” That makes every one of us special. Read: Not average.

Which is awesome except for one minor detail, keenly observed by a character in the movie, The Incredibles. Young super hero Dash–unable to use his super speed because his family must blend in–argues with his mother. “But, mom, I’m special.”

“We’re all special, Dash,” she replies.

“Which is another way of saying no one is.” Dash laments.

Can we all be special? Nope. Because that destroys the definition of the word, doesn’t it?

In all this striving to stand out stuff, we miss something very important. We miss out on average.

But, I Hate Average

I’ve always detested average. Size medium seems like a near miss in a culture programmed to only appreciate the smalls. Being average meant being ordinary, part of the crowd, the background singer versus the sensational starlet. The kid on the bench, not starting the varsity team.

Extraordinary. That’s what I longed for.

But, lately I’m coming to respect and even appreciate average. Here’s why. 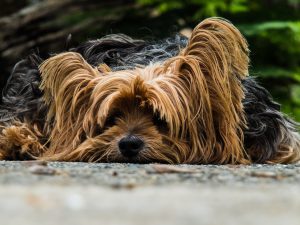 As I see it now, embracing average equates to embracing rest.

Average is the place where we aren’t worried about who’s “most” or “best.” We don’t fear being called the “least” or “worst.” Rather accepting average allows us the freedom to truly submit to God’s purpose for our lives. Average is content to be used however her Lord desires. She can minister to five or to fifty thousand, average isn’t keeping score. Average can serve chicken nuggets for dinner (even the non-organic kind) and not stress over the fact that a “better” mom would have prepared a delightful quinoa casserole.

Neither is average caught up in the beauty rat race. Average enjoys the beach because she doesn’t have to stress over those extra pounds. Average can make it out the door to church without changing clothes fifteen times because she knows that she’s not going to be seen, but to worship. 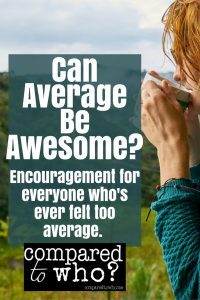 Can Average Be Awesome?

Yet, average doesn’t really have anything to do with being average, as our culture defines it.

Truth is, average is somewhat of a misnomer–a mere figment of math, science, and our collective imaginations. It’s a scale we set up to measure ourselves against what we value.

But, if God’s design doesn’t include us comparing ourselves to one another. That scale doesn’t really matter, does it? Until Judgement Day, I doubt God will ever line us up and have the “best” stand at one side and the “worst” at the other.

I dare not convince you that we’re all special or “above” average because Dash has already set us straight on that front. Rather, let me convince you that average is okay. If you’ve got stand out gifts, looks, or talents–certainly use them to the glory of God. Don’t despise the ways you’ve been extraordinarily blessed.

But, if some or most of your life feels just plain mediocre. Rest, my friend. Our God uses average (and below average) women and men to carry out his plan. Every day. You can stop striving to be noticed, special, and stand out. He knows your name and he’s got a purpose for you.

(**Want to more encouragement? Check out this book!)