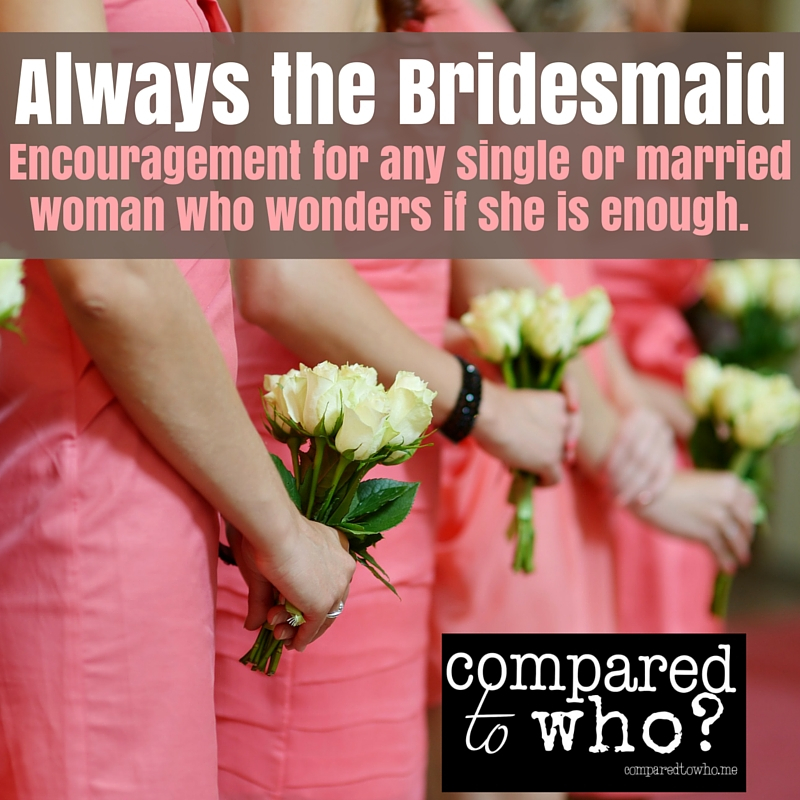 With the arrival of the summer wedding season comes two conflicting thoughts for most single women:

1) I’m really happy that my friend is getting married. And,

Or, as put another way: “Why am I always the bridesmaid?”

I walked through my twenties checking “single” on my tax return. Every. Single. Year.

The Bible uses the imagery of Christians as the “bride” of Christ. That analogy used to feel strange to me. 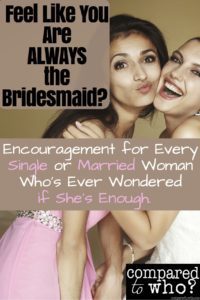