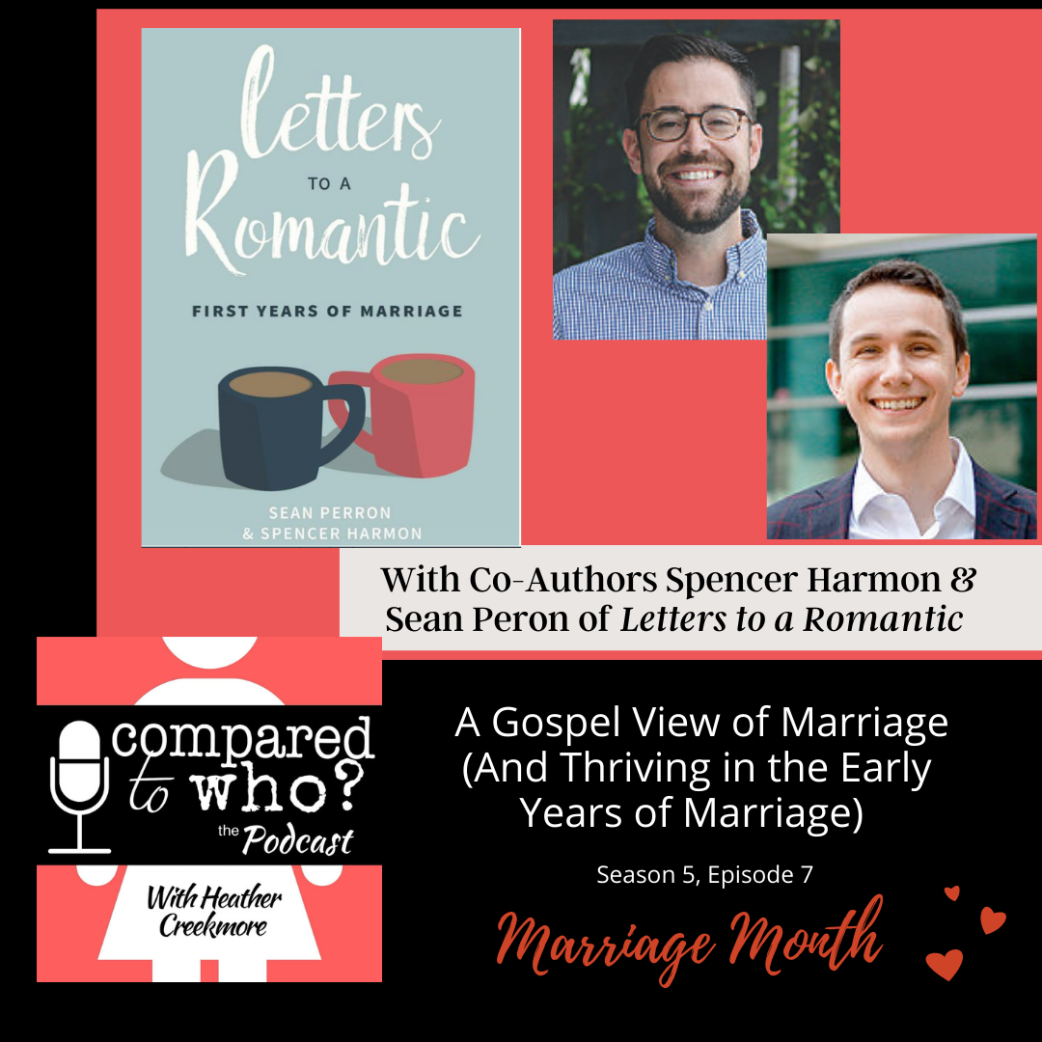 This may be my favorite episode ever recorded! Authors of the Letters to a Romantic book series, Spencer Harmon and Sean Perone, share gospel truth for your marriage–no matter what stage of marriage you’re in. We talk about dating and the early years of marriage, but our conversation on body image issues and comparison is marriage is rich and applies to every married couple. If you’re married or want to be, this is must listen! I’ve never heard anyone more clearly lay out how the Gospel can inform our expectations in marriage — from body image, to sex, to what marriage would be like.

Grab a copy of Letters to a Romantic: First Years of Marriage on Amazon.

Love this episode or the podcast? Consider leaving a review on iTunes!!

Spencer hails from Cincinnati, Ohio where he was saved and called into pastoral ministry. He and his wife, Taylor, met in Louisville KY while attending Boyce College. In Louisville, he served for several years in college ministry and, before coming to Jacksonville, served as the Senior Pastor at Vine Street Baptist Church. Spencer is the co-author of Letters to a Romantic: On Dating and Letters to a Romantic: On Engagement. He is currently completing his Master of Divinity degree from The Southern Baptist Theological Seminary, and is thrilled to serve as First Baptist’s Nocatee Campus Pastor.

Sean Perron (MDiv, Southern Baptist Theological Seminary; Ph.D. student at Midwestern Baptist Theological Seminary) is the Associate Pastor at First Baptist Jacksonville. He was the former Director of Operations at the Association of Certified Biblical Counselors (ACBC) and is a certified biblical counselor. He is the co-author of Letters to a Romantic: On Dating and Letters to a Romantic: On Engagement. He is married to Jennifer Perron, they have a son named Chandler and a baby on the way.

Or watch the unedited video version on YouTube here: