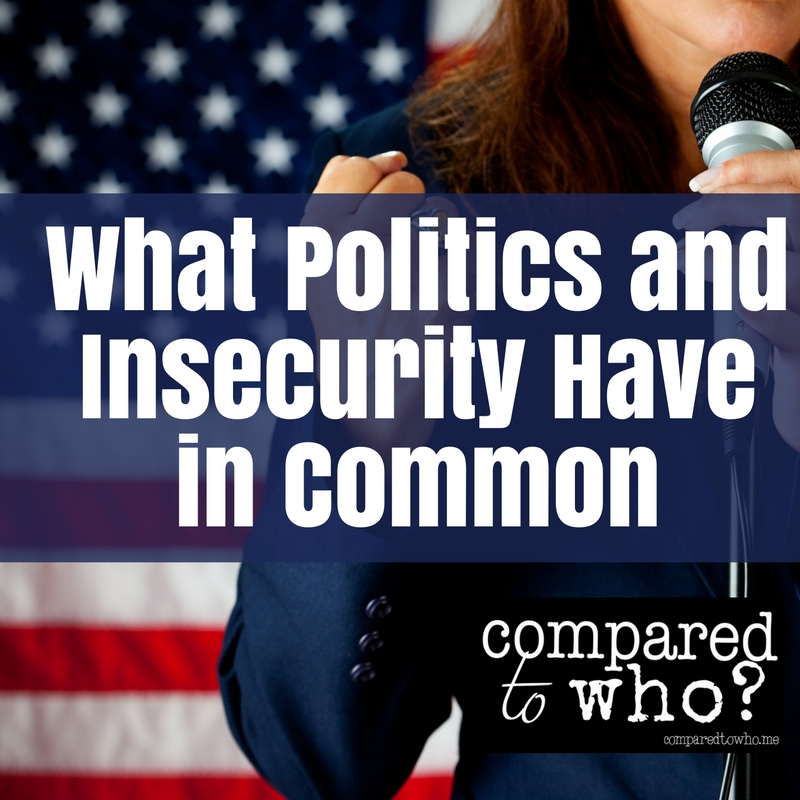 What Politics and Insecurity Have in Common

“Cast your vote for Heather. She’s the girl with the broken foot!”

Freshman year of college, during orientation weekend, I tore a ligament and shattered my third metatarsal while walking on a swinging bridge. Yes. Just walking. (I’ve never been accused of being graceful or coordinated.)

Alas, I decided to run for student government and turned an unfortunate event into my campaign slogan. I asked everyone I met to sign my cast and then persuaded them for a vote, too. They’d laugh at the “coincidence” of the language, and I’d make a new friend. To maintain these friendships, I stayed up late memorizing the “Who’s New?” book of freshmen so I’d remember people’s names when I saw them again. I smiled, shook hands, gave hugs, asked about hometowns and complimented outfit choices.

This is what it took to be successful in college politics. I easily won a seat on the student senate.

I don’t know how or why politics got into my blood. My parents were as engaged as any average citizen in the political process. They read the newspaper and did their research on the candidates. My mom ran for office in the PTA and her Christian Women’s Club. But, beyond that, we weren’t an especially “political” family. We never put up yard signs or participated vocally in the process.

Yet, for some reason, I possessed a natural-born hunger for the thrill of an election.

By my last year of college I headed to Washington, DC, just to be in the mix. After graduation I worked on Capitol Hill for a U.S. Congressman from Southern California. A year later, I headed off to graduate school to study political management and then on to Abilene, Texas to run my first U.S. Congressional Campaign for a man named Rudy Izzard.

I traveled the state, mingling with wealthy donors and attending fancy receptions. I chatted with renowned political leaders and received verbal lashings from the party for not raising enough money. Working eighty hours a week, plus, I devoted every ounce of my twenty-fourth year of life to one cause–this campaign.

How could we win?

Yes, that was it. The bottom line was always winning. Campaigns are black and white. The person with the most votes, wins. In some ways I appreciated the clarity of the system. Maybe too much. 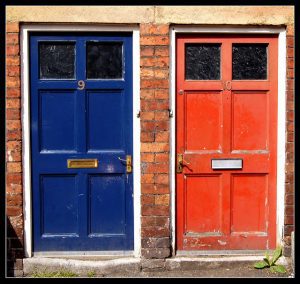 I needed to do something different with my life.

Yet, even after I formally left politics, that part of me which processed everything as a politician never shut off. I saw the world as one giant contest. I spent countless hours strategizing how to win.

I wasn’t running for anything, per se, but that’s the tone my life had taken. I wanted to be chosen. Endorsed. Elected. Picked first.

I felt an unspoken pressure to try to be the best. To do that, I needed a certain look, a certain resume, and a winning facade. 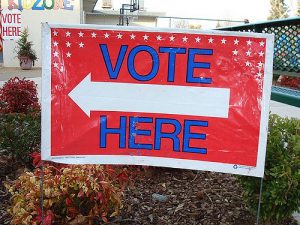 Now, looking back, I see how stressful maintaining my “race” to be chosen actually was. Desperate for the votes, I needed the affirmation of a crowd– someone to declare me a winner. If life was a campaign, I wanted to be a winning candidate.

This has been one of the nastiest political campaign cycles I’ve ever witnessed. I have no interest in endorsing a candidate here or in making any excuses for the mess of it all. Instead, I hope to challenge us to see a hidden lesson in this campaign cycle. What if we turn a mirror on ourselves this election year? What if we witness, in truth, that we may be more like the candidates than we care to admit?

What does every candidate for public office really want? Your vote. Your support. Your endorsement. They want your affirmation.

People accuse Trump of clinical grade narcissism, but it doesn’t take a psychologist to recognize that Hillary’s lies don’t stem from her humble spirit. What once was a competition to serve the people has seemingly morphed into a Facebook-esque contest of who we “like” better. Or, in the case of this election year, who we dislike the least.

But, I can’t sincerely point a single finger at either candidate, without having three more pointing back at me. Sometimes, what I really want more than anything is for you to like me. I just want your endorsement. Your affirmation.

I can’t criticize the candidates because I seek this same shallow form of recognition way too often. I settle for the ego boost that comes with getting triple digit “likes” over the indescribable, immutable, and infinite endorsement of the King of Kings. Perhaps my love of politics reveals my insecurity in ways I’d prefer not to recognize.

Endorsed by the God Who Chooses Rulers

As a Christian, I take comfort during this election cycle from two biblical precepts. First: this world is not our home. We are eternal citizens of another kingdom–not called the United States. And, second, it is God who sets up rulers. (Romans 13:1, Daniel 2:21) Ultimately, no matter who wins this election, God is in control. He is sovereign. Period.

That’s amazing. And, yet. I have to ask myself.

Why isn’t that enough for me?

Why do I still feel the need to have others approval? Why do I hunger for Facebook likes and follows? Why do I crave attention and affirmation when the King of the Universe has already chosen me? Why do I still feel insecure even though the Sovereign God says, through his son’s sacrifice, that I am enough.

I’ve been elected by Him. Chosen by Him, for his purpose.

Shouldn’t that be all I need?