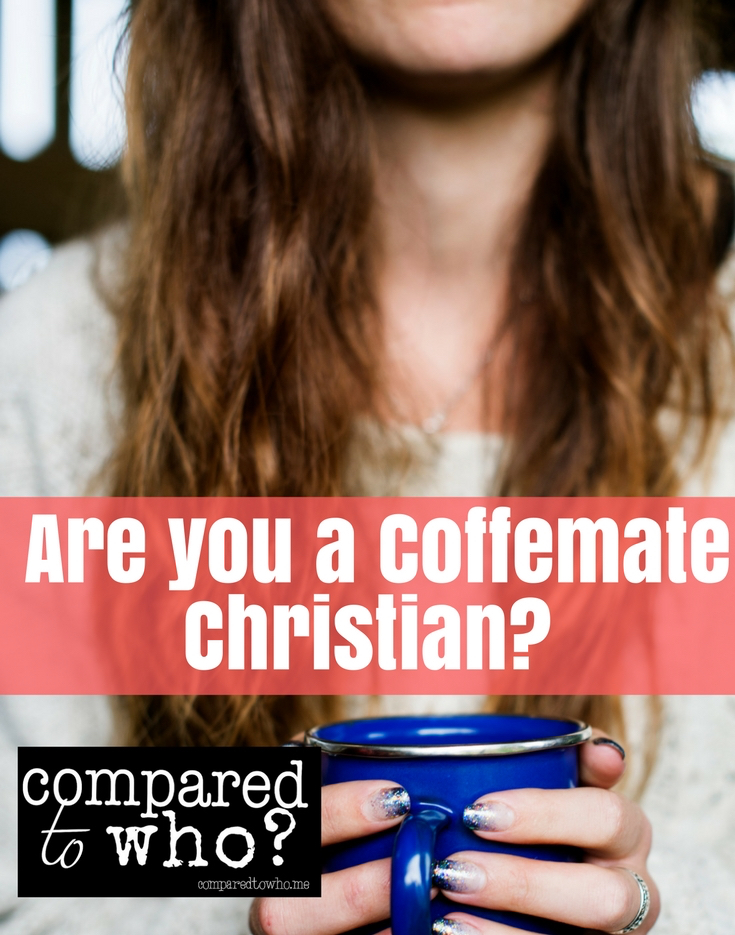 From a fitness standpoint, think about Biggest Loser kind of results. How awesome is it to watch someone on the brink of, quite literally, death, morph into the picture of health and happiness?

I worked in the fitness industry for over a decade and I can tell you something true. I rarely saw transformations like that happen.

Most of the people who came to my classes, even regularly (twice a week or more), battled to lose the same 10 pounds year after year. They regularly engaged in fitness, yet they physically remained the same.

They did the exercises and talked the talk. Wearing workout clothes, they followed the routines, But they were not transformed. They were, instead, just a little “fitter” than the average non-exerciser.

I recently read a book by Nicole Unice called, “She’s Got Issues.” (Because there is no doubt in my mind that I have them, the title alone caught my attention!) By page three I was recommending the book to friends.

What did she say that inspired me so greatly?

She said that if all Christianity is supposed to do is make us nicer, then what Jesus did on the cross is pretty silly. (My paraphrase).

Her example from the first few pages likened the version of watered down Christianity that most people experience to adding some sugar to something bitter. It’s as if becoming a Christian is like adding some of that (delicious in my opinion) flavored Coffee-mate to a cup of really bad coffee. With enough of the stuff in there, it tastes pretty good. But, it’s still coffee, isn’t it? The substance hasn’t changed, it’s just gotten more palatable.

The coffee is not truly transformed. It tastes better, it looks a little different. But, it’s still coffee.

What Christ promises to do for us when we are born again is to make us completely new.

He transforms us. He doesn’t just make us sweeter and creamier versions of the old us.

If we say we are Christians and yet have not had life transformations, then what Jesus did for us wasn’t really that big of a deal. It seems it would have been easier for him to just give “how to be nicer” seminars to big crowds and to hand out merit badges for random acts of kindness.

Dying on the cross would be overkill, don’t you think? 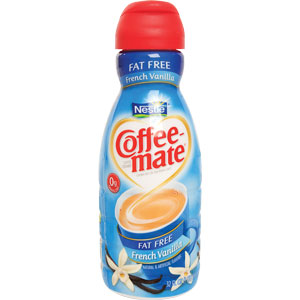 Are you totally transformed?

Yet, just like in the gym, there are a lot of people that are in church, week after week, who haven’t had a total life transformation. They do the exercises, know the language. They dress the part. But, they are not totally changed. They are just nicer (sometimes).

I live in the Bible Belt. Everyone is a “Christian” here. Most people know the language, they go to church, they have the bumper stickers and t-shirts. Yet, they are not transformed. The Gospel of Jesus Christ has not penetrated their hearts.

They are religious and good. But, that’s not inspirational.

That was me, for a lot of years. I did not understand the power of the Gospel of Jesus Christ to transform my life. It felt like I was a “pretty good person” already. At least, in my mind, I was nicer than the average gal. At a minimum I could have won some sort of Little Miss Morality award.

I could totally understand how the drug addict and prostitute needed Jesus to transform their behaviors…and accordingly their hearts. But, I foolishly thought my heart was probably okay. At least, it looked like it was from the outside. I was good.

I missed my own self-righteousness–blind to all the junk that existed in my heart. And, although my words and deeds were “super Christian” most of the time, my heart was not. Transformation had not occurred.

I didn’t fully understand that Jesus dying on the cross was something more than a Sunday School lesson. At some level, I thought I just needed God to help me be nicer and that knowing him would be a really good asset when I was in trouble, sick, or hurting.

Don’t get me wrong, the latter is true. But, I related to God like my former fitness students related to exercise. It was there when I needed it or wanted it, but no transformation had taken place.

When I watch the Biggest Loser and I am inspired to exercise and eat better, immediately.

It would be even more inspiring to meet and know these contestants, especially if I were in their situation and longing for my own transformation.

Knowing them would make me want to work for my own life change.

Similarly, Nicole quoted an author named Brennan Manning in the early part of her book. “Contact with Christians should be an experience that proves to people the gospel is a power that transforms the whole of life,” were his inspirational words.

Sadly, how often is this not the case.

Rather that contact with a Christian is the exact opposite of this…an uncomfortable, awkward, condemning or shaming experience?

There’s been a number of times when I know that I failed to love as radically as Jesus has called me to love. . . Other times I’m guilty of being considerably less than inspirational.

So, what do we have to do to be transformed?

This is where the fitness analogy breaks down a bit. Because in order to be transformed physically, by exercise, you have to work for it. You have to commit every aspect of your lifestyle to a new lifestyle where exercise and eating right are given a new place of priority. On the show, the Biggest Loser contestants give their lives over to Bob and the other trainers to push them to their results.

But, they have to do the work.

To be transformed by Christ, the opposite is true.

You don’t have to go to church more and do more “Christian stuff.” You can be pushed to do more, serve more, love more, work more, give more…and you can do all of those things and not experience transformation. We aren’t transformed BY our works (although, often times a life transformed will work and give more radically out of passion for the transformer.). Instead, we allow Christ to do the work in our hearts and He causes the change. He molds us and shapes us and works us out, internally. He transforms us.

Don’t be a Coffee-mate Christian. God doesn’t want you to be nicer with a refreshing mint flavor. He wants you to be changed, radically changed. And, He wants your change to be more inspiring than any weight loss success story. Don’t miss out.

And do not be conformed to this world, but be transformed by the renewing of your mind, so that you may prove what the will of God is, that which is good and acceptable and perfect. Romans 12:2 (NASB) 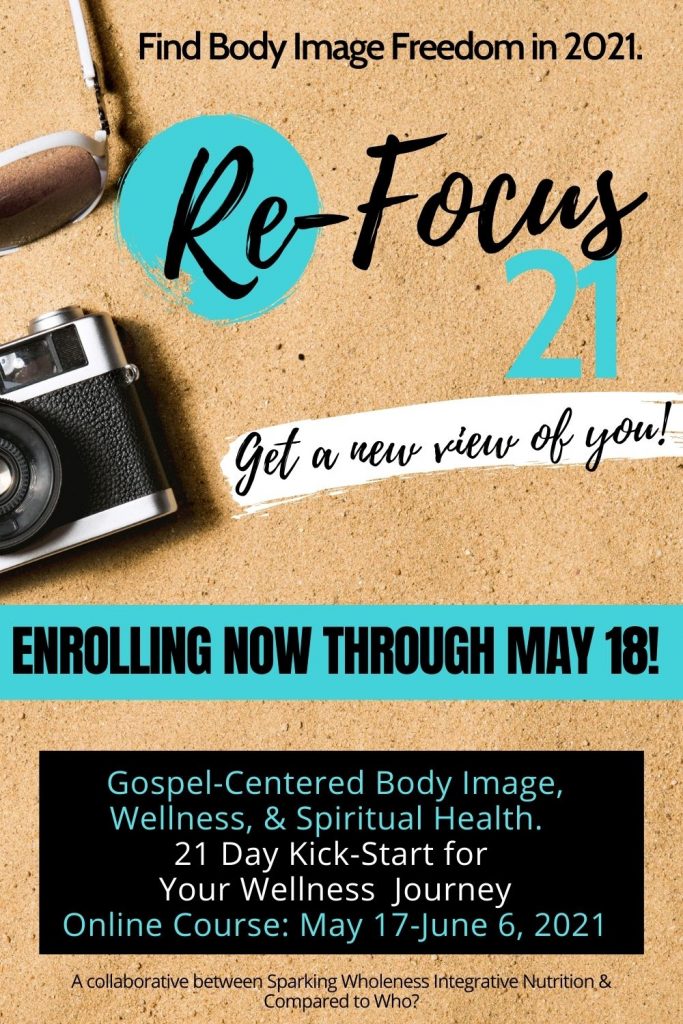 Ready to live a comparison-free life?

Had the opportunity this morning to be on an amazing show - Grounded - from Revive Our Hearts Ministries! You can watch my interview with @thedeepwellwitherindavis on @reviveourhearts FB page! The whole show is about body image! You will be encouraged!
I’ve always had a love/hate relationship with summer.
Volume up! This may be new episode alert and Friday introduction all in one. Why? Because this is the episode where I explain that as Christian women (and men) we don't have to find more self love or self esteem to be free from body image issues. The two great commands are: Love Jesus and Love others. If there is a secret third command in there to love yourself, then Jesus has a math problem. (Not possible!)⁣
“If you only serve your primary purpose of being God’s child, you have fulfilled your purpose.” Pete Briscoe ⁣

Check out our You Tube Channel