This is My Healthy

At the beginning of May, I celebrated my 26th birthday. I had decided to spend the morning at my favorite coffee shop, enjoying my latest guilty pleasure:Gone Girl. I got dressed, put on a touch of makeup, and as I headed out the door I stopped in front of the mirror to do my last-minute touch-up before heading out. As I looked at myself, I had to smile. I didn’t smile because I was “wowed” by my own physical appearance, I smiled because – in that moment – I was really happy with who I was and how far I’d come in my own journey with negative self-image.

As a young kid, I never really thought about my body. I started to gain weight around the age of 10 but it didn’t really bother me, at first. I was a kid and my body was supposed to grow and change…makes sense right? It wasn’t until my family moved in the middle of my 6th grade school year (because middle school is already so easy), that I really started to dislike the way that I looked.

In middle school, I started to notice a few things. First, in comparison to my siblings, my body was bigger and rounder. I was the chubby sister (which I hated because I was the oldest and thought that meant I deserved to be the best looking…gotta love the media). Outside of my family, I began to notice that I was Black. This sounds silly because I’ve always been Black but,

There is a very distinct difference between being Black and being aware that you are Black. 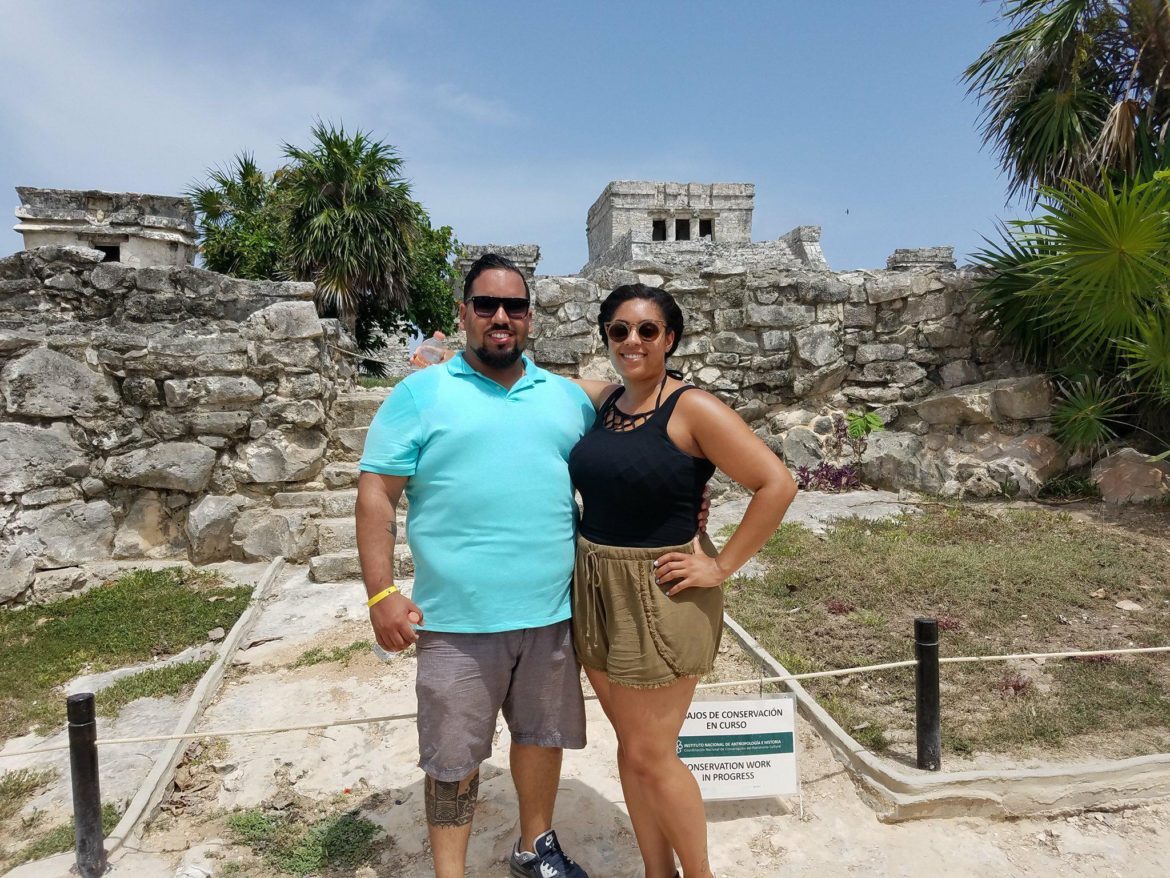 My friends and I didn’t share the same celebrity crushes (and I often had to explain who my crushes were). I constantly had to explain how Black hair worked and endure questions like, “Is it real?”, “Can I touch it?”, and “What do you mean a perm straightens your hair?”. But the biggest thing I noticed was that, while my friends were dabbling in dating, crushes and first kisses, I was not. I was just “the friend” …the liaison between cute boys and giddy girls.

The message I got was that I was unwanted because I did not look like the girls I was surrounded by.

Not only did I receive this message from my peers, but the educational messages that I received also played a part in shaming my cultural differences as well. In health class, I was bombarded with messages that African Americans are more at risk for heart disease and other weight-related diseases because of our food choices and cooking methods. There was no discussion of the history behind traditional African American cuisine, just that it was bad and probably going to kill us. 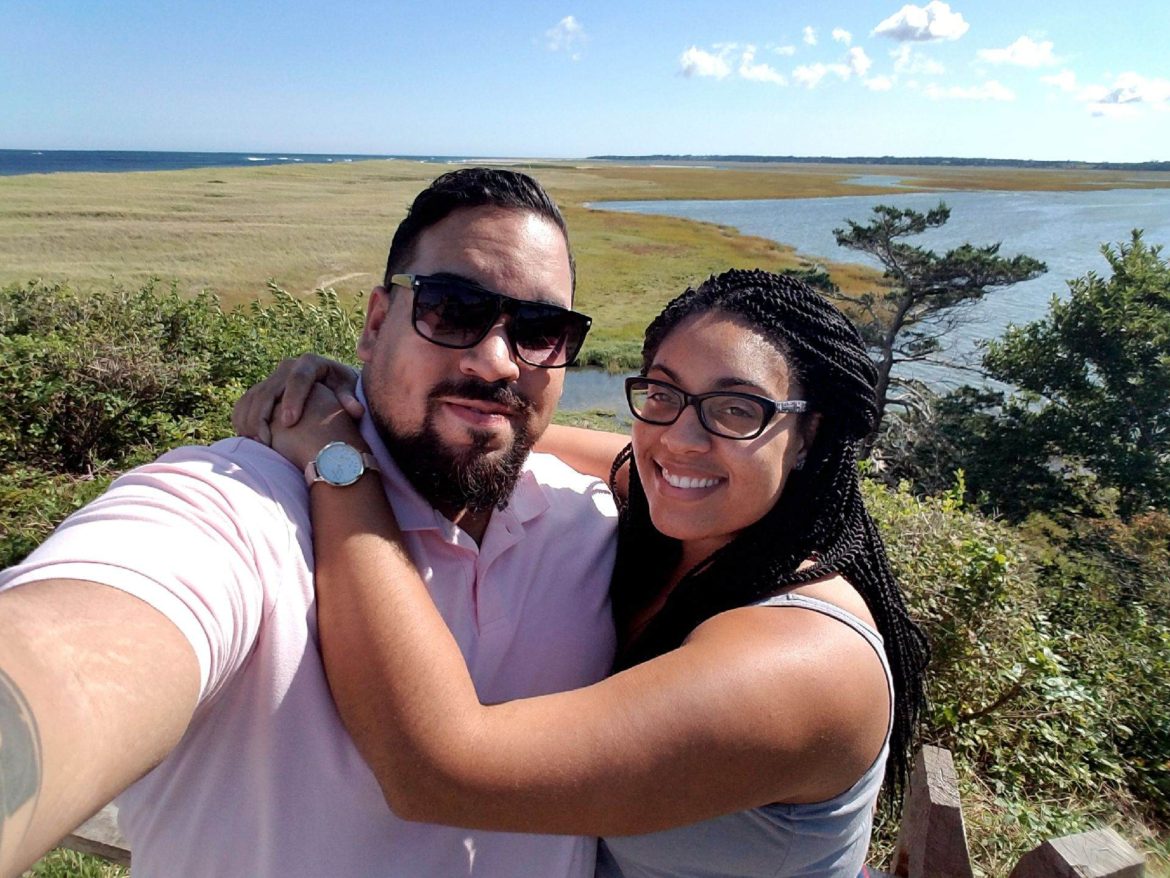 So when I became an adult, I started to ask myself, what changes was I going to make so that I could be skinny…(I mean, healthy?)

First, I was going to cut out bad foods (pretty much anything with flavor that I enjoyed). I convinced myself that cauliflower pizza was just as good as regular pizza, and smoothies were a substantial breakfast. I signed up for a gym membership because what I really wanted to do at end of a long workday was run on a treadmill for an hour. I went through down the long-list of what commercials, personal trainers, and social media said that I should do to lose weight…I mean, be healthy, and I was miserable.

My skin was terrible because I was constantly changing my diet. I missed out on hanging out with friends because I didn’t want to go out to eat. I had no energy to invest in my job, my relationships, and especially not my gym membership.

Finally, I was hungry ALL THE TIME (turns out smoothies are not a substantial meal). I did not feel healthy. This went on for months, until finally I couldn’t sustain that “healthy” lifestyle any longer and decided to reintroduce some diversity back into my diet.

Shortly after I gave up my crazy, calorie-counting driven diet, I moved to DC and started working with an organization called Rock Recovery, a non-profit that supports individuals who are working to recover from an eating disorder. Sometimes God works in mysterious ways. . .and sometimes he gives you the little gift of spelling the lesson out for you. Rock was my gift. 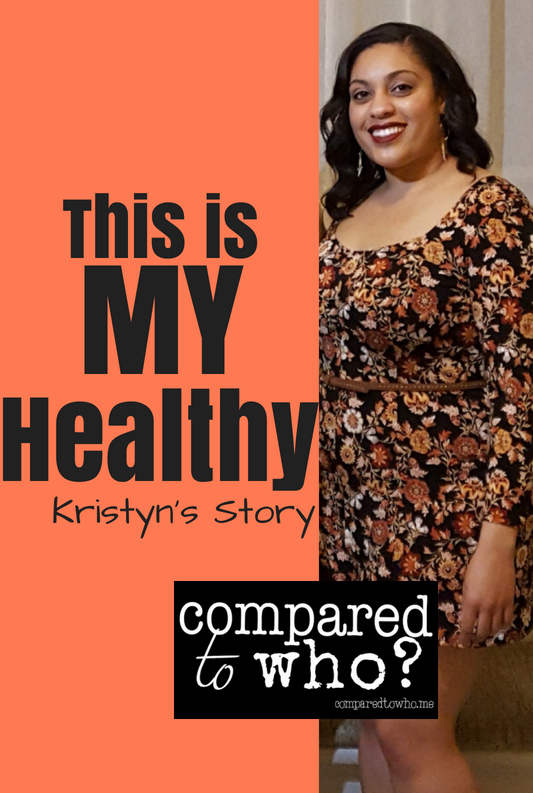 I could no longer hide.

This job was going to force me to deal with my body image issues.

It seemed that overnight I was immediately thrust into this world where there was no shame around what you ate and the standard of living was that “all foods fit” into a healthy diet. I was bombarded with messages of body love and self-acceptance. The people around me (licensed therapists, eating disorder specialists, and registered dietitians) celebrated body diversity and the “Health At Every Size”movement, an evidence-based philosophy that is grounded in the belief that a person’s health is independent of their body weight or BMI (body mass index). Slowly I began to realize that maybe, being different was not something I needed to be ashamed of. Maybe, my body didn’t have to fit into the same mold as my friends, my family or the people I saw represented in the media.

Maybe, this is MY healthy.

My life looks so different than it did one year ago. I’m in an exciting new city, I have a amazing job, and I’m getting ready to marry an amazing man. But the biggest change of all has been the lightbulb of body acceptance that has clicked on: I don’t have to be thin to be healthy. I live a healthy lifestyle that includes pizza, cupcakes, and the occasional smoothie WITH breakfast. I recognize and acknowledge all that my body does for me, and I love it for that. This doesn’t mean that I never have a bad day. Some days I still struggle to accept my body, but I no longer allow these passing thoughts to send me on a downward spiral of self-hatred.

Instead, I thank God for the time he took to handcraft each part of me. . . imperfections and differences included. 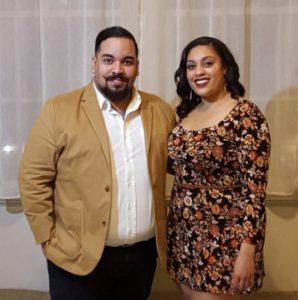 Kristyn Brier works as the Development & Community Events Manager for Rock Recovery. Rock strives to reduce stigma and spread awareness around eating disorders and provide affordable and transformational resources to those struggling and their support networks. Since 2009 the organization has served more than 85 adults and educated 10,000 community members to seek help for themselves or their loved ones. For more info visit www.rockrecoveryed.org/

(Photo: This is Kristyn with her fiancé! Congrats, Kristyn!)