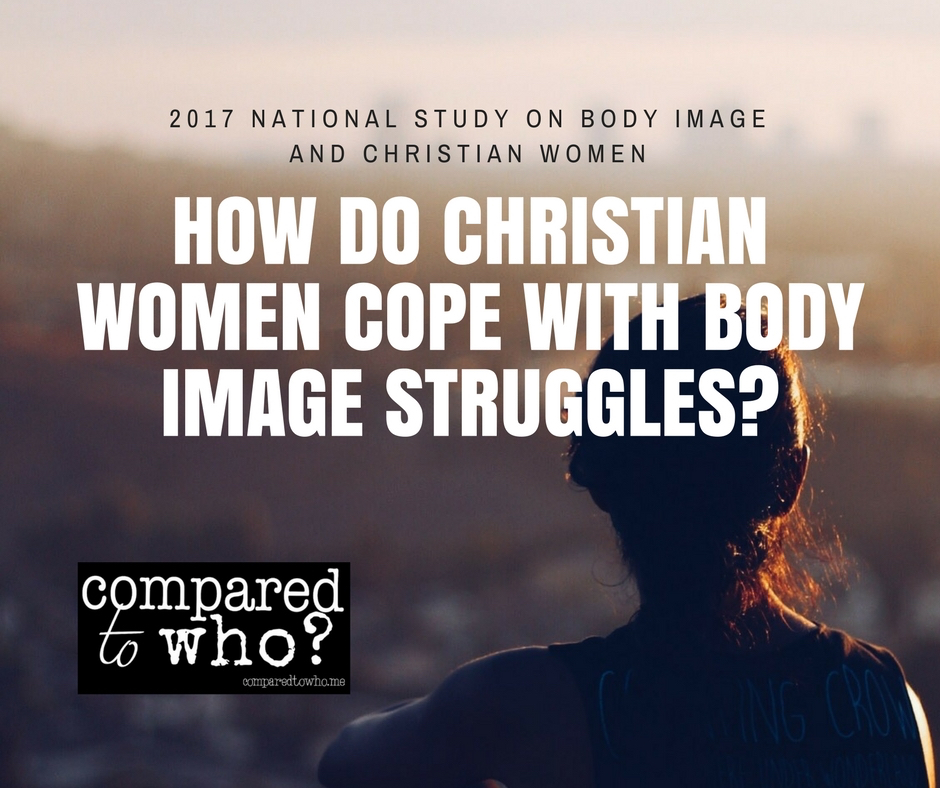 National Body Image Study: What Do Women Really Think of Their Bodies?

What do women REALLY think of their bodies? Is there a difference between how Christian women and those who claim no faith in Christ feel about their bodies? Do Christian women handle their body image struggles any differently than those without faith? These are just a few of the questions I set out to answer with the 2017 National Body Image Survey.

Working with some research folks at Abilene Christian University, we developed a survey we hoped with give us greater insight into the struggle that many women have with their outward appearance. THANK YOU to everyone who participated in this survey!

Here are some of the most interesting findings:

These info graphics will show you a bit about what we learned: 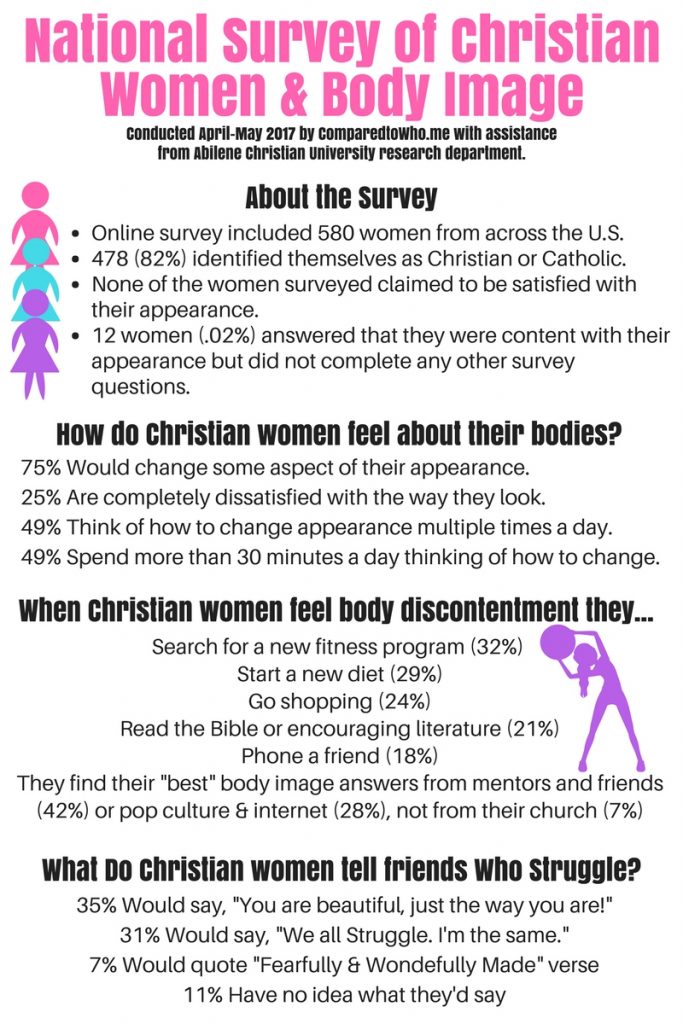 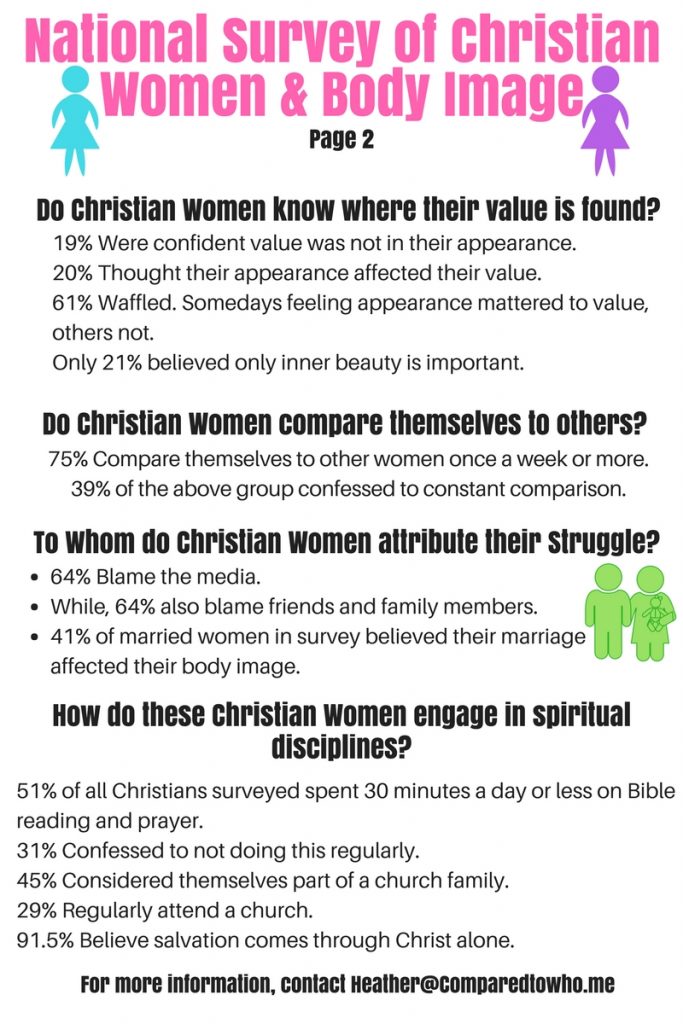 What do you think? Does anything in this survey surprise you?

Want to improve YOUR body image? Do you have a friend who struggles? Then check out this book called Compared to Who?