Our “Real Women. Real Stories.” series continues today with Christine’s story. Christine shares one of the lies she most frequently hears when she looks in the mirror. This series features the real women (not actresses!) who shared their real life body image battles in the video trailer for the book, Compared to Who? Five Proven Steps to Improve Your Body Image.  You may also want to check out Christine’s story in the behind the scenes video featured here.

When I first heard this lie:

I was in 7th grade, sitting at the lunch table with my friends and my new boyfriend. We were all kidding around, probably talking about someone else, some “outsider.” I wanted so bad to be really admired by being with this guy. I wanted so bad for him to love me.

Then the tables turned. Next thing I knew he was comparing the crumbs on the table to the size of my chest. He even gave hand motions showing there was no real difference between the table and the crumbs. Like little bumps. I was mortified. And then I knew. I knew that he and everyone else didn’t think my chest was good enough. In 7th grade!

Between that event and the onset of puberty (later than most of my friends), I tried desperately to prove myself to be the cutest, the sexiest, to be THE ONE wanted by guys. At the age of 15 I landed myself a steady boyfriend and quickly gave him what I thought would keep him around. I used sex in an attempt to cure my body image issues.

When I most often hear it now:

Summer. When I see the mannequin in a cute dress and it doesn’t look that great on me.

What I do when I look in the mirror and hear the lie:

I’m tempted with thoughts of having a boob job done, even under conviction that it would not solve any real issues I have. 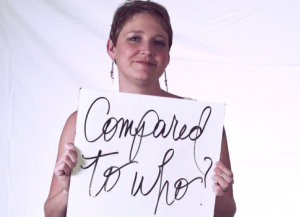 What I pray for women who share the same struggle I do:

Lord, help women who struggle with a smaller chest than what is considered ideal to know that they are not defined by a tape measure or a cup size. 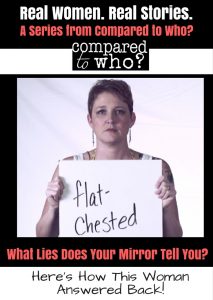 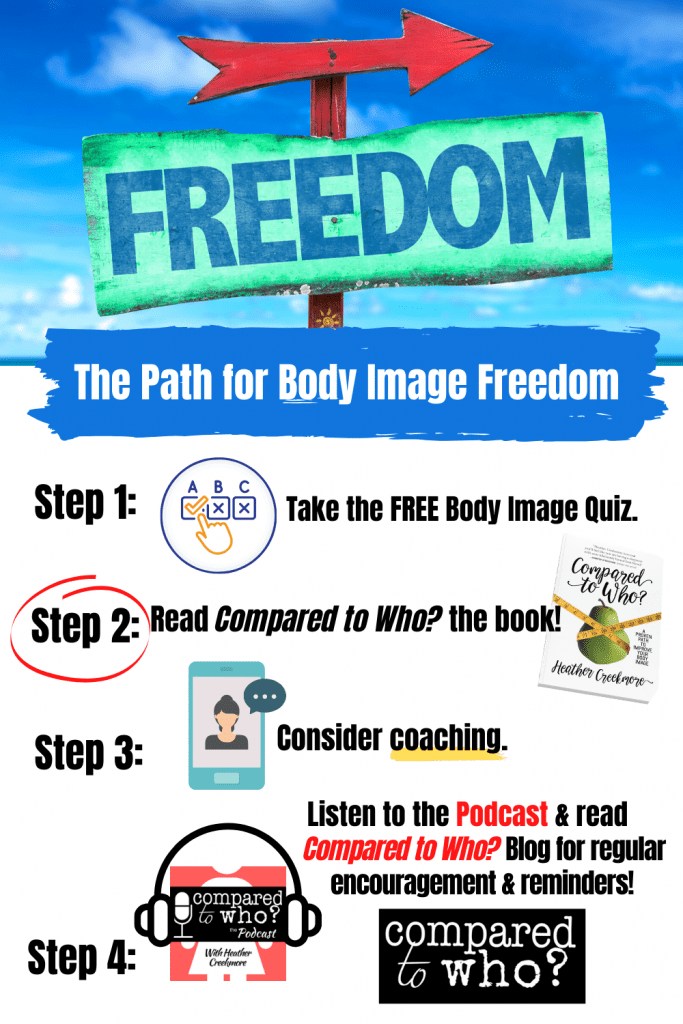