It’s quite interesting that you rhyme with dear although you are definitely not something dear to me, or something I want near to me.

I even wrote a Declaration of Independence to you although a large part of that was based on someone else’s words.

Today, I wrote you on a piece of paper in my room – put you on my cupboard and ran toward you, stared you in the face, and finally tore you up.

Although these are merely symbolic acts and may seem silly on the surface, they held a big significance for me:

They signify the end of me giving in to you.

For so much of my life, you’ve been there.

From when I was a little girl having my parents stand outside tuition centers because I was scared to be left alone, to when I was in primary school and refusing to stay overnights at camps due to panic attacks, to being unable to concentrate or function in any classes leading up to public speaking classes in school, to fearing working out with others because of how my body looked, to now being afraid to muster the courage to attempt things like taking a trip alone or doing box jumps without hurting myself.

You made me believe that running from things (even good things) would keep me safe. 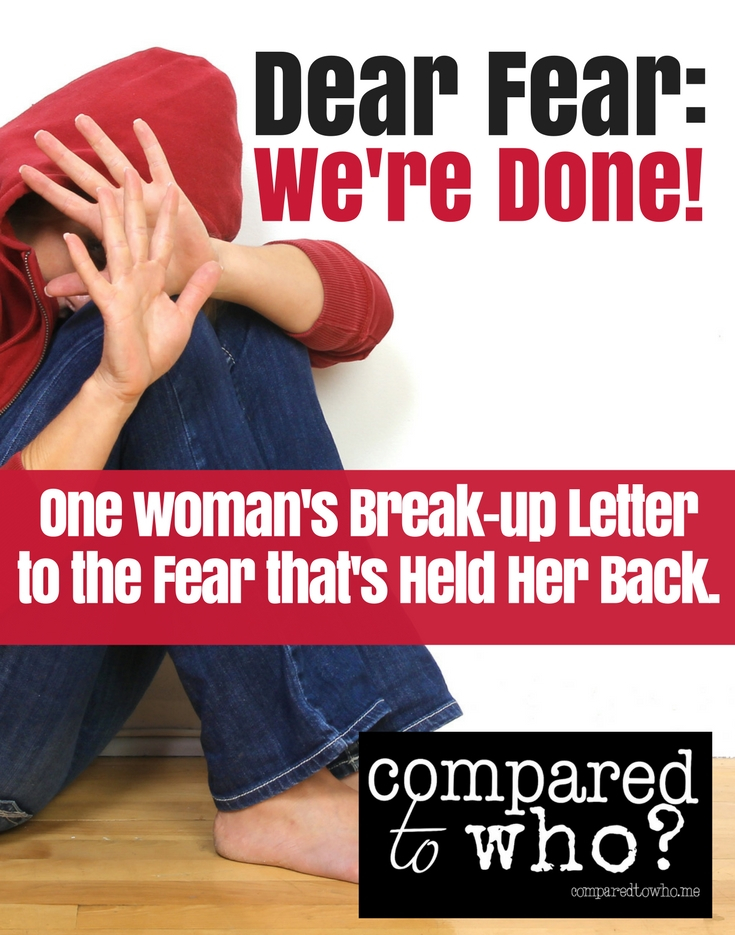 The more I gave in to you, the bigger you became.

The more I fed you, the more you wanted.

You made me dislike myself; to see that what I was doing and feeding was so much based on something not part of my actual being; not part of the woman that God created me to be.

Fear was not and is not a part of my eternal being.

I’ve wasted too much time on these fear-based decisions.

Sure, I may not make the wisest or best decisions.

Sometimes, I may make rash ones that may render judgement.

You have and are taking so many of my family and friends captive. You are so rampant and I see you taking so many forms in the in their lives: fear of not being good enough, fear of judgement, fear of imperfection, fear of making mistakes. . .

You lie and tell me I’ll never be free.

You tell me that it’s not worth fighting for that next level of freedom. After all, I’ve been set free (for the most part) from the fear of community, fear of weight gain, fear of food, and the fear of being judged by others, amongst many others.

You tell me to be satisfied with this current level of freedom.

I know how freedom tastes. . . and it tastes amazing.

I’m not going to stop fighting for my freedom until I have all of it… even if it takes blood, sweat and tears; as cliche as that may sound

Because you know what?

My freedom is worth it!

And it’s not just my freedom.. but the freedom of so many others.

Because His word says so:

“It was for freedom that Christ set us free” (Galatians 5:1)

He set me free.. to set others free.

And the only way I can have that freedom?

… is by basking in His unconditional love and acceptance as well as by surrounding myself with His perfect love that fills me up so there is no space for you.

So, here’s to facing you one (potentially imperfect) step at a time. 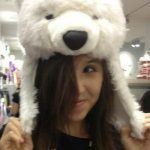 Although she is actually half American, Nicole Friets considers herself a true blue Singaporean as she has lived there her entire life. She recently graduated from University with a degree in Interdisciplinary Arts (specializing in languages/ life coaching/ religion). Good workouts and sunny days uplift her and she believes there is no such thing as too much Disney, salmon sashimi, or love. Read Nicole’s other posts here.