Clinging to the Remote: Do You Have Control Issues?

(If you ever struggle with control issues, I hope you enjoy this post from when I first started blogging!)

A few nights ago my nine month old decided to have an opinion.  He’s been the happiest, easiest, most laid back little fellow.  But, this week, he decided to start expressing what he likes and what he doesn’t.  In this case, the object of his affection was one that so many men love: the remote control.

My husband had given him the DVD remote to play with (i.e. chew on).  We have 432 baby toys, but I’m guessing they weren’t close by so he, instead, handed the little guy the remote–his first taste of having the power over the black screen.  It was all fine and good. He was happy.  That is, until it was time for him to nurse and go to sleep.

The problem: He would not let go of the remote.

My child had the controller in his little hands and was determined not to relinquish it.  I tried to get it away from him and he screamed, cried, arched his back, and generally expressed his discontent over being asked to surrender.  So, I did what any mom, desperate to get at least one of her four children to bed would do.  I fed him while he held on, tightly, to that remote. 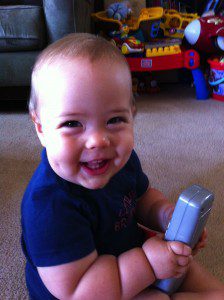 What happened? Well, it wasn’t comfortable — for either of us.  He had a hard time getting close enough because that big old remote kept getting in the way.  He couldn’t relax and fall asleep like he often does because he had to stay awake to keep a close eye, and tight grip, on that black plastic rectangle.

Now, I understand that analogies can sometimes be taken too far, so forgive me in advance if I go there.  But, to me, this was such a clear picture of how I act with God sometimes, I couldn’t let the incident just pass by.

Way too often I cling to the remote.

I want the control in my life.  Yes, I say I want God to sustain me, to hold me. But, I make it uncomfortable because I refuse to give up the power.  Instead I say, “Sure God, I’m yours, I’ll surrender in your arms.  I’m just going to keep this handy in case I need it.  You know, in case I need to turn the channel, adjust the volume. In case I need to take care of something you miss.”

What?  I think I’m going to take care of something the God of the universe misses????

A nine month old doesn’t really need a remote control. He might be able to figure out how to change the channel by randomly banging on some buttons — but he doesn’t understand what he’s doing.  He doesn’t even know its intended purpose. He can’t utilize the device effectively.  He’s a baby.

And, the reality is, I don’t need the remote control either.  Compared to a God who created me, who is infinite in wisdom and power, I am a baby. (That’s being super generous).  I can’t see the big picture or try to comprehend the elaborate ways my life intersects with the lives of others.  I can catch glimpses of God’s plan but I can’t possibly figure out and understand why sometimes things happen the way I think they will, and then sometimes, even more often, they don’t.  I really don’t have a grip on what’s best for me.

Yet, I cling.  I cling to power. I cling to stuff. I cling to ideas. I cling to people. I cling to a lot that isn’t Jesus.  When I put all that I cling to between God and me, life is harder.  I am uncomfortable with things like anxiety, doubt, and discontent.  I can’t just relax in his love.  Yet, when Jesus is the only thing in between me and God, I can get nourished. I can rest. I can be held and sustained.

What do you need to let go of ?

I cling to you. Your right hand holds me securely. Psalm 63:8 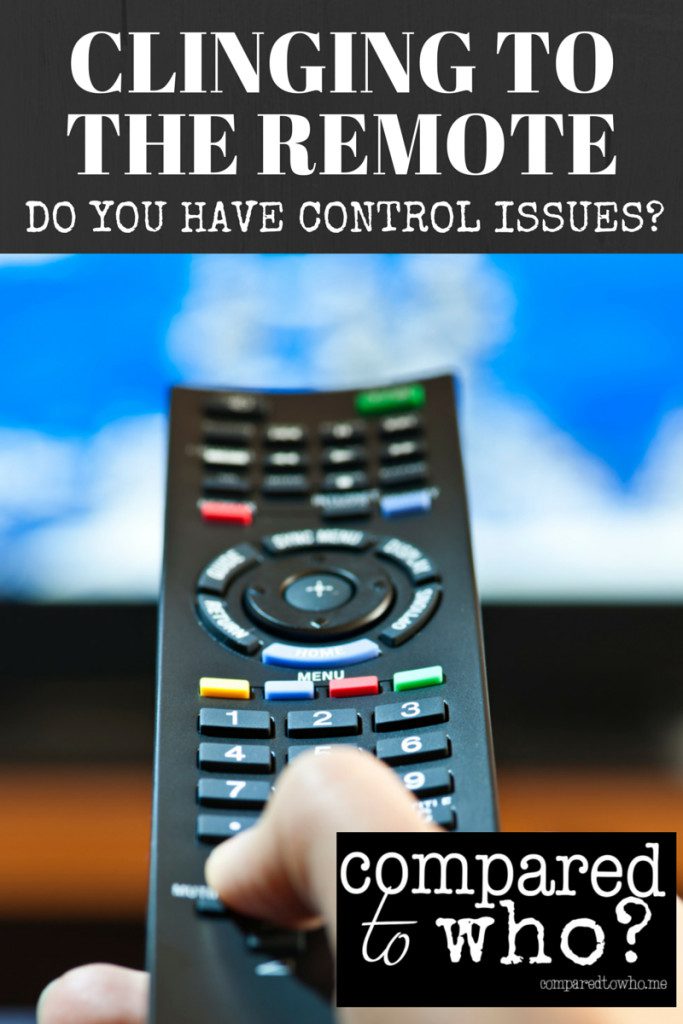