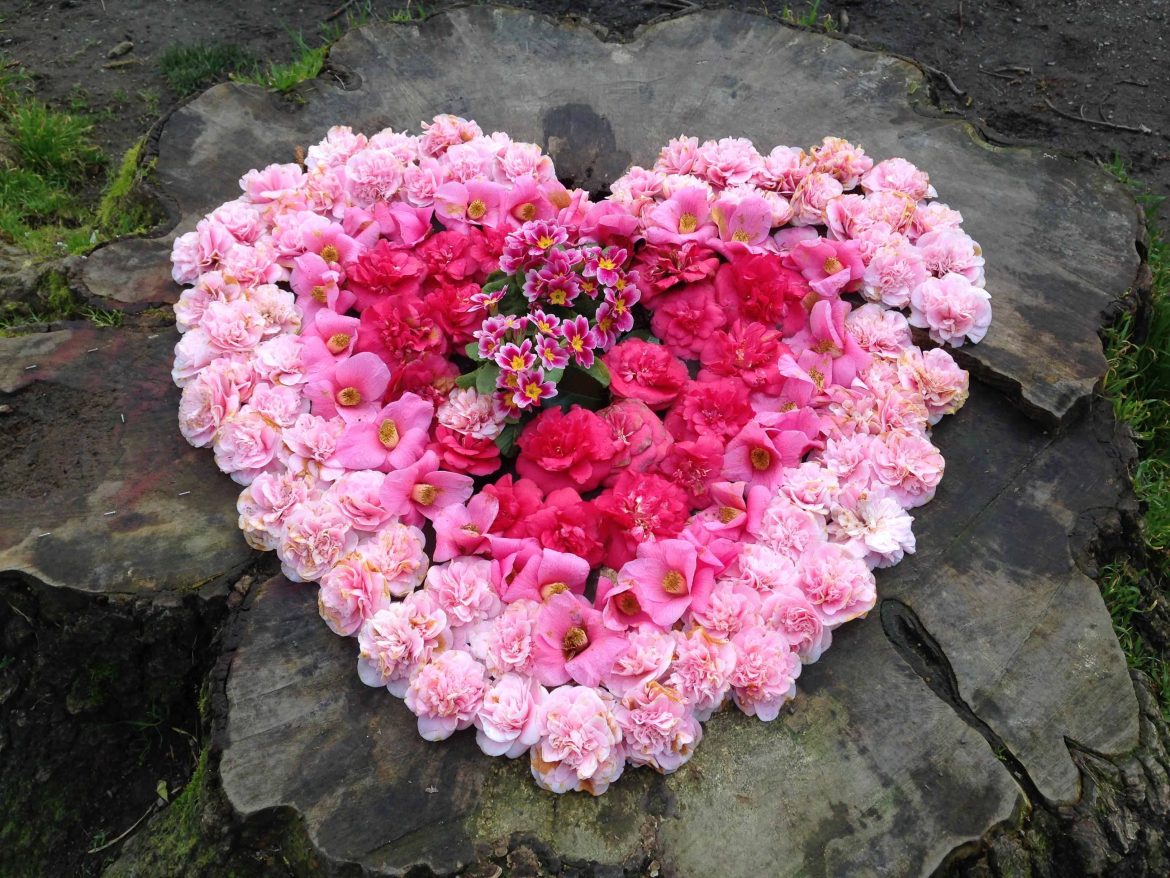 To celebrate Valentine’s Day and raise a little money for the student council, every year our school held a carnation sale. Order forms went home and you could choose to buy a flower in either red, pink, or white for one you loved, liked, or considered a friend.

That annual carnation sale was the bane of my existence through middle and high school.

On Valentine’s Day, student council members (usually with smirks on their faces because they were the ones who processed all the flower orders and knew who was getting all the flowers) would stop at each classroom, read a name from their list, and hand that person the appropriately-colored carnation.

And if that color turned out to be red? Whispers, giggles, and teasing ensued.

My stomach felt like a Vitamix on full power.

While it would be dejection to not receive any of the $1 flowers, the thought of receiving a red carnation from a “secret admirer” or a boy I didn’t like seemed equally terrifying. Embarrassment was the only possible outcome. 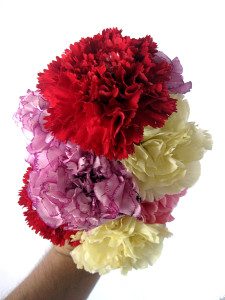 Each year when they finished calling all those names, I felt both relief and sadness.

To this day I still hate carnations.

I never hated Valentine’s Day. I just knew that my time to love it had not yet come.

When you are single, Valentine’s Day can grate on your heart like an over-played song on a pop radio station. It’s the one tune you can’t stand to hear again, yet it blares from the speakers, everywhere you go.

But I didn’t check the “married” box until age thirty-one. On top of that, I called someone “my boyfriend” for only two of the dozen Februarys I faced as a single adult.

And I remember this one thing very clearly. Valentine’s Day sucked. It only offered a reminder of my single status.

Yet, in a strange twist of my life’s plot line, Valentine’s Day didn’t magically get better after marriage.

In fact, I now know a truth I would have never accepted as a single woman–many married women still struggle through the annual hype of February 14th.

Sure, it was better in some ways. I no longer dined alone–feasting on M&Ms and peanut butter by the spoon–that fated evening. Now I often received roses, a meaningful card, and a nice dinner out. We’d even spend Valentine’s Day evening doing what you would expect most couples to do after an attempt at romance. 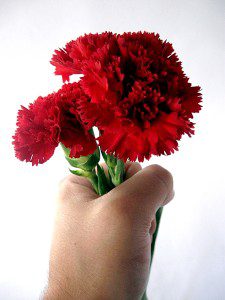 My Valentine’s Day let down had nothing to do with a lack of appropriate celebration of the holiday. Instead my struggle was deeper. Like the seventh grade girl waiting for the carnations to be handed out, somehow, I still didn’t feel chosen.

Chosen. Webster defines that word like this: Having been selected as perfect or most appropriate.

Sure, I had a Valentine. But had I really been chosen? Maybe he was tired of dating around and willing to settle–for me. I was no where near perfect. And, after a few months of marriage, “most appropriate” for the job seemed like a stretch too.

I wondered if the other women he dated were better–hotter (I was sure of this) and likely nicer, too. I wondered if he secretly knew there were superior choices out there but decided that it took too much effort to keep hunting. (“A bird in the hand is worth two in the bush,” they say.)

He gave me his name. He gave me access to all he had, and yet, I still felt like the single girl on Valentine’s Day. For years.

On my mantle sat the wedding photos, on my left hand the ring he put there. Yet, on the inside, I daily reverted to the wall flower at the dance–nose pointed down at the fancy shoes that would never touch that dance floor. 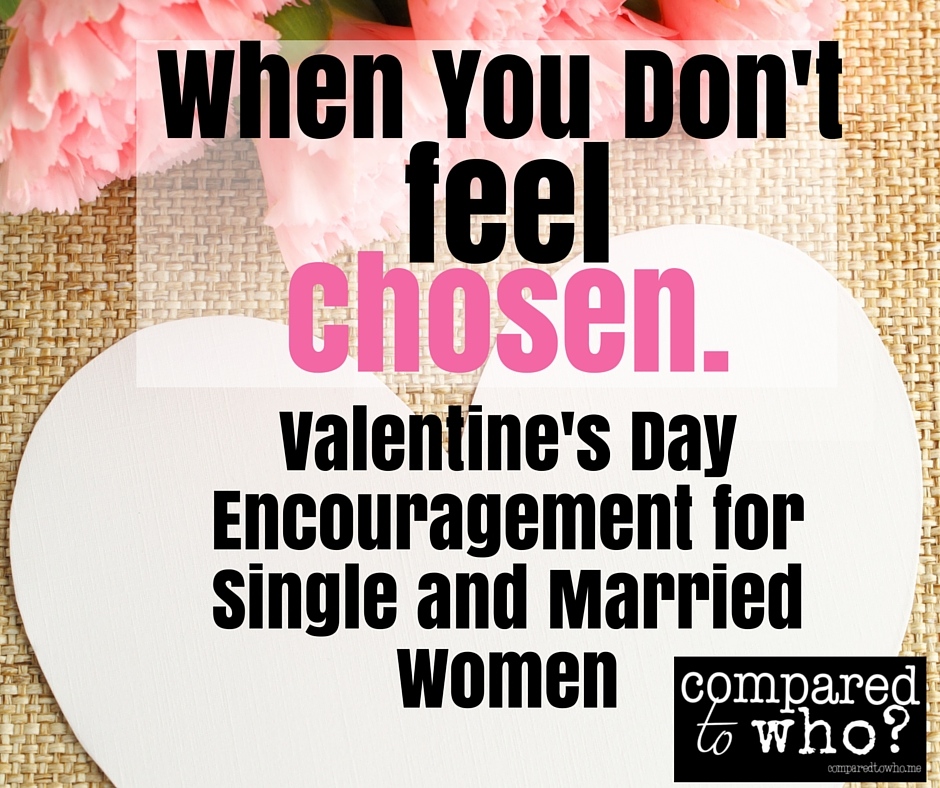 What’s a girl to do when she doesn’t feel chosen?

I’ve learned a few lessons during my married life that I sure wish, somehow, I would have known (or believed) when I was single.

The biggest of them all is that having a man–any man (whether he be just a notch away from “perfect” or a “diamond in the rough”)–doesn’t answer the questions of our heart. As women, as humans, we still wonder:

Am I needed?
Am I wanted?
Does anyone, really love me?

Have I been chosen?

Each of those answers can only come in a satisfying way from one source, and it’s not a man who shares your last name, bed, or large order of nachos.

It’s only Jesus. He’s the only one with the power to change the rejection paradigm.

He says: You’re no longer the last one picked for the team in gym class. You’re the one He died for.

He says: You are no longer the only girl without a prom date. You are one He will never leave nor forsake.

He says: You are no longer the only girl without an invitation to the “cool” kids’ party. You are the one He wants to spend eternity with.

He says: You are no longer the only girl to not receive a carnation. You are called out to be His.

You have been chosen. 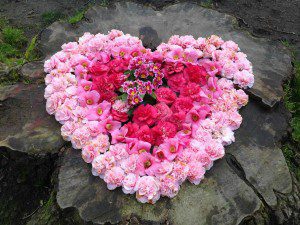 Maybe you are (as I once was) without a Valentine for the tenth year of your single adult life and wondering if it’ll ever be different.

Or, maybe you are married but your relationship feels unsteady. You question whether or not you’ve really been chosen. Somedays it feels like his work, his friends, his hobbies, his iPhone, or the children have all been prioritized ahead of you.

No matter what your status, know that you are not alone this Valentine’s Day. Jesus’ love for you outshines even the largest “I love you” teddy bear, tastes better than a whole box of Ghiradelli, and lasts longer than flowers.