If you know me, you may respond…Wait, isn’t your oldest only eight?

And, you’d be right. But, my Mother’s Day misery started well before I ever read “pregnant” on a little pee-coated stick.

Being a mom was something I wanted so badly. Nothing was going to make me as happy as having a baby would. Ahhh… Those sweet baby smiles…those warm baby cuddles… the opportunity to purchase all those cute little outfits…

I idolized the concept of motherhood.

So, when Mother’s Day came around I was annually reminded–in a loud and quite obnoxious way– that I lacked the one thing that I knew would fulfill me.

(It’s a really good thing I didn’t have Facebook during those pre-motherhood years. I may well have planned a vacation to Siberia just to avoid all the gushy photos and emoticon filled posts.)

I lived this way for years. My biological clock ticked loudly, yet I had no reason to personally honor the second Sunday in May.

In February of 2006, I found out I was pregnant. Anxious to start celebrating the holiday I had been robbed of for all those years, I observed my first Mother’s Day just four months later. We went to the Napa Valley to Babymoon in style.

Let me tell you how wonderful it was…

First off: I felt big. (I’d like to say pregnant but when you are only four months along you don’t really look like there is a baby in there…you just look like you are stockpiling donuts in your belly.) I started experiencing the pregnancy phenomena that is best described as “other random pains.” I had some sort of pinched nerve in my shoulder that hurt so badly I could not raise my arm. Like Bob Dole, I had to keep it pinned to my chest. To make matters worse, I couldn’t take heavy duty pain killers because I was freaked out about hurting the baby. Instead, I wore those taped-on Thermacare heat patches…with tank tops…because it was blazing hot in May in central California. (Let me tell you: nothing looks classier than a huge white stick-on heating pad peaking out on either side from under a maternity tank top.)

We visited a random church where they handed out these encouragement cards to the mothers. When I raised my hand to get one the usher looked at me kind of funny. (Confirming the fact that I indeed looked bloated, not pregnant.)

My first Mother’s Day was not all I had hoped it would be.

The next year would certainly be better.

I had a six month old. Now, I could wait in bed for my breakfast and roses to come on a beautiful tray. I would enjoy spa treatments and relish in the celebration of me and my wonderful accomplishment of ushering new life into this world.

As you may have already guessed, this didn’t happen either. I don’t remember what my husband did (I think there was a spa gift card involved), but I can assure you it was not enough. Whatever he gave, whatever he helped with, I was so focused on me that he didn’t really have a chance of getting it right.

Did I mention that a few years later my husband became a pastor?

The reality that Mother’s Day always falls on a Sunday stung me like an angry bee. Let me tell you how joyful my attitude was during those first few years of solo parenting that took place on Mother’s Day. It seemed to be those same Sundays when members of our young congregation would tell me their husbands were going to take them to brunch so they couldn’t possibly help with children’s classes as planned.  Yes, I’d find out on Mother’s Day Eve that I was going to have to be responsible for all of the children in our church, too. You know, after feeding and dressing my four young ones, by myself, on Mother’s Day.

Bitterness oozed out of me like when you leave a Hot Pocket in the microwave for too long.

Lest I bore you by recounting all ten of my “not all that great” Mother’s Days, let me tell you a little secret. I finally figured out how to make Mother’s Day really fabulous. It only took me a decade. But, I did it.

And, the last four or five have been really, really good. My solution…

I got over it.

Yes, you read it correctly. I got over it.

Cause of Death: Expectations Too High

I’m not going to say I lowered my expectations. Though we women do have serious problems in that arena, I think telling someone to “not expect anything” is like saying “Don’t think about pink elephants.” As soon as you say something that outrageous that’s all your brain can focus on. Don’t expect roses (though flowers are “what I deserve”). Don’t expect dinner (though he’s a scum bag if he thinks I’m going to cook today). Don’t expect (fill in your favorite present here)…

I just don’t think it works.

Instead, I stopped thinking about me. I changed the whole Mother’s Day equation. I realized I had made motherhood (and the celebration of motherhood) an idol. I needed to let it go.

It worked. Mother’s Day got better for me when I ceased focusing on myself. When I stopped being ungrateful for what I didn’t have and started thanking God for what he had blessed me with. Mother’s Day turned into a joyful time when I was able to stop thinking about how worthy I was of celebration and how I’d probably be let down when it didn’t live up to the Hallmark commercials’ hype (or even the inflated way my Instagram friends made it look awesome).

When I stopped thinking about me, I was able to relax. I was free. 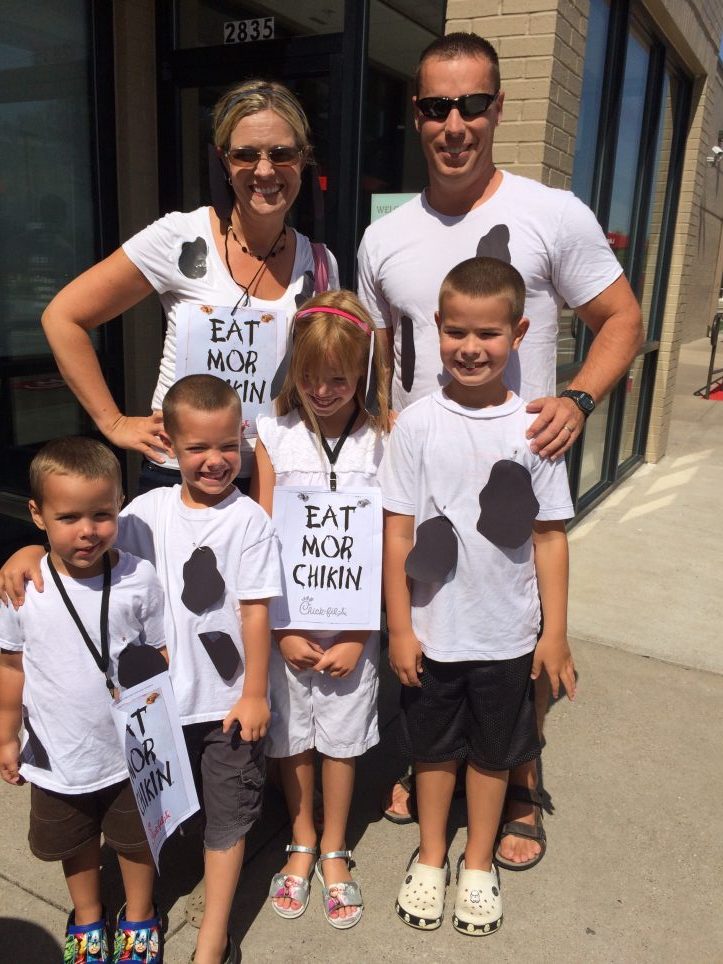 I know it seems counter-intuitive. If I don’t look out for me, who will? But, I think that’s when God says: I am.

One of the most touching things that happened to me on this Mother’s Day was I got a card and a homemade CD from a single lady in our church. It was beautiful and thoughtful. And, I was floored. When I was a single woman, I was figuring out legit excuses to skip church and avoid all mothers except my own on Mother’s Day. I would have never thought of celebrating anyone else. I was too busy spending the day grieving how God had let me down. She blew me away with her act of kindness.

Trying to “look out for number one” is a place of bondage. Liberation (and the chance to enjoy Mother’s Day) comes when you stop looking for what you are entitled to and trust God to take care of what you need.

What do you think? Have you ever had the “Worst Mother’s Day ever” and wondered how to make it better? 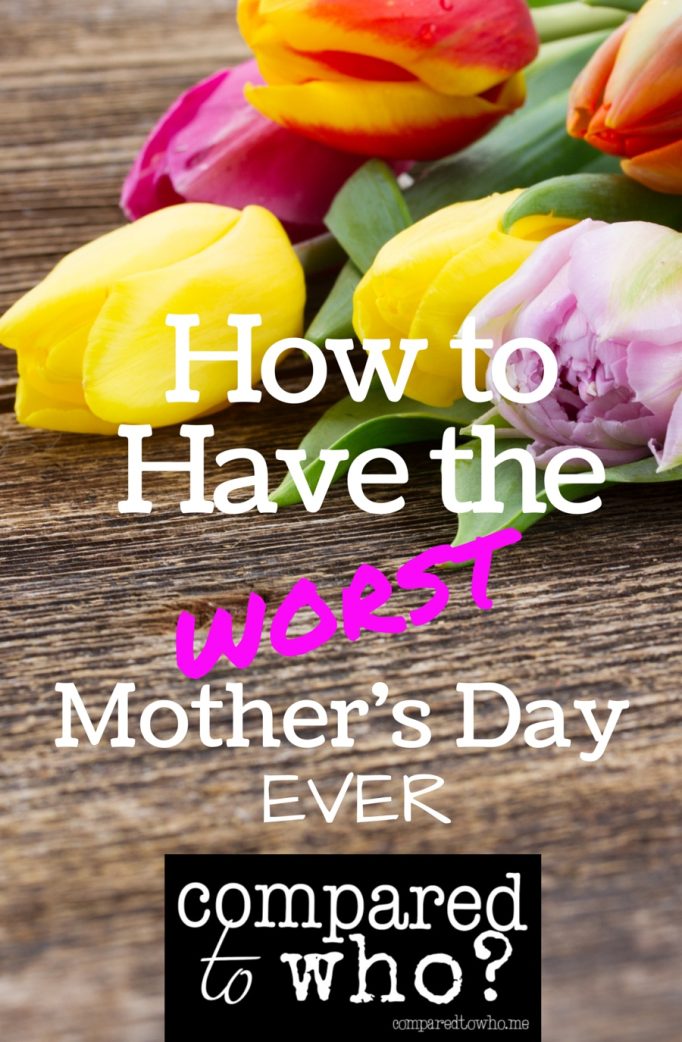 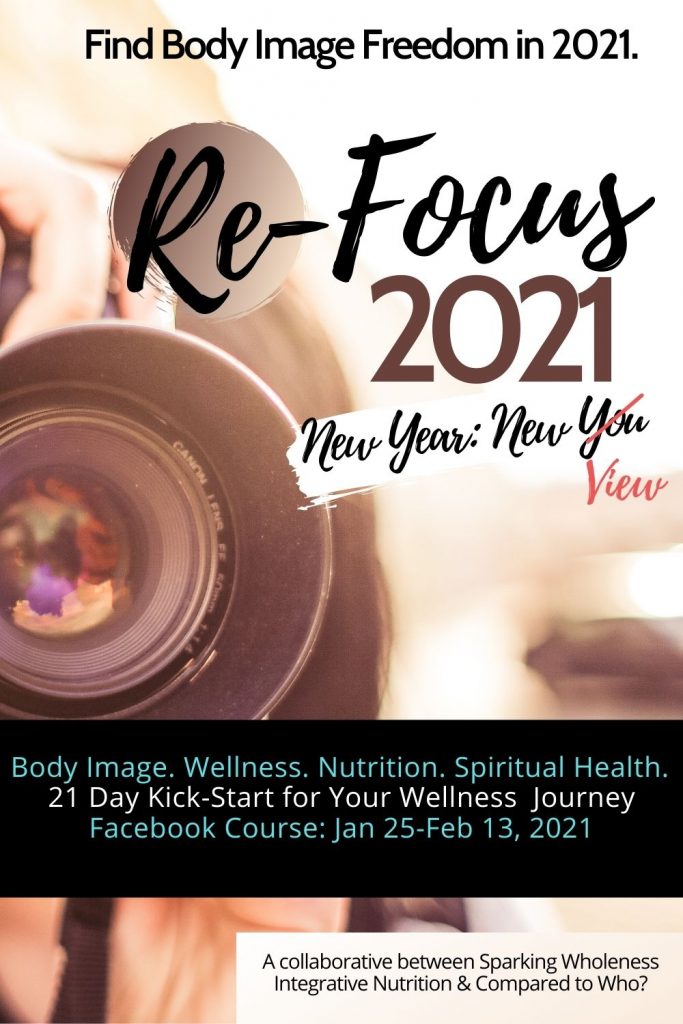