The monitor kept beeping, and she pushed the oxygen filter up my nose. “How’s your pain?” she asked. I couldn’t muster a half smile. I made a so-so motion with my hand.

“Do you need something more for the pain?”

Impulsively I nodded yes. Of course. I don’t like pain. Who does?

Her next question though. That’s the one that’s stuck with me through an anesthesia fog and a three week recovery.

I must have looked confused. I didn’t know. It felt weak to say any number less than five. But, to say I’d accept a nine or ten may have kept me from getting the medicinal relief I craved.

Letting me off the hook, she smiled. “It’s okay. We’ll get you something.”

I’ll use just two words to explain the scenario when the above conversation occurred. Adult tonsillectomy.

I had my tonsils and adenoids removed the day after Christmas. I have high levels of strep in my body and there was a chance that removing my tonsils would get some of it out.

Each of my four children had breezed through the surgery and recovery time in the months before. (We were the crazy family that had four children scheduled for surgery the same day. I believe we set some sort of record at the hospital.) I had read (maybe too much) that the surgery on an adult was much worse. But, I went for it anyway. I mean, I had four c-sections in five years. How bad could it be? (Please note: There are no photos of me before, during or right after surgery. Don’t judge.) 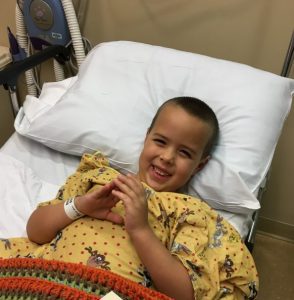 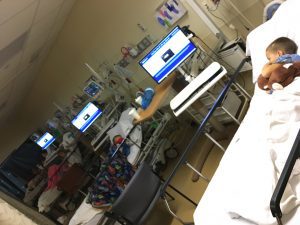 If you look carefully you can count four hospital beds filled with post-surgery kiddos. We had our own “Creekmore” wing in PostOp.

Recovering from surgery would be kind of like a vacation–an excuse to stay in bed for a few weeks and not make dinner. Okay. Sign me up.

But, oh the pain.

Goodness. The pain was real. And, just when I’d figure out the formula for managing it, the pain would change. The first few days, I could only handle ice and extremely cold liquids. But, by day eight, hot tea that had settled to room temperature felt painfully cold. Swallowing felt like being stabbed in the throat. (Not that I really have a reference for what that feels like. . .but I can imagine it now!)

No Pain, No Gain?

No one likes pain, right? I mean, pain is pain. It’s not enjoyable. It’s not something you hope to experience when you wake up in the morning. Rather, we avoid pain.

Yet, here’s the truth about pain– sometimes we need pain to heal. Pain is necessary for growth, change, and become stronger.

When we do the hard work of entering the pain, we often reap the reward of the healing that comes with it.

A few years ago my husband and I accidentally ended up in counseling. It was a part of a conference we attended and I was totally nervous about it. Nervous, and yet, confident that I didn’t have any of the “real” issues bogging our marriage down. It was my husband’s issue that would certainly be the focus of our seasons.

Wow. Was I wrong.

And, can I confess? Going through those counseling sessions was painful. It was hard to acknowledge the depths of my brokenness and crazy hard to wrestle with questions about the faulty things I believed about myself and my value. It hurt. A lot.

But the pain was worth it.

How much pain will you accept?

Like a good personal trainer would, let me encourage you to endure just a little more. Stretch, grow, and go to hard places that aren’t always comfortable. You know Jesus won’t leave you alone in those places. He’ll be with you. So, enter pain with confidence knowing the healing always follows.

Your world’s not falling apart its falling into place . . . Just be held. Love this song from Casting Crowns. Let it encourage if this is your struggle today: 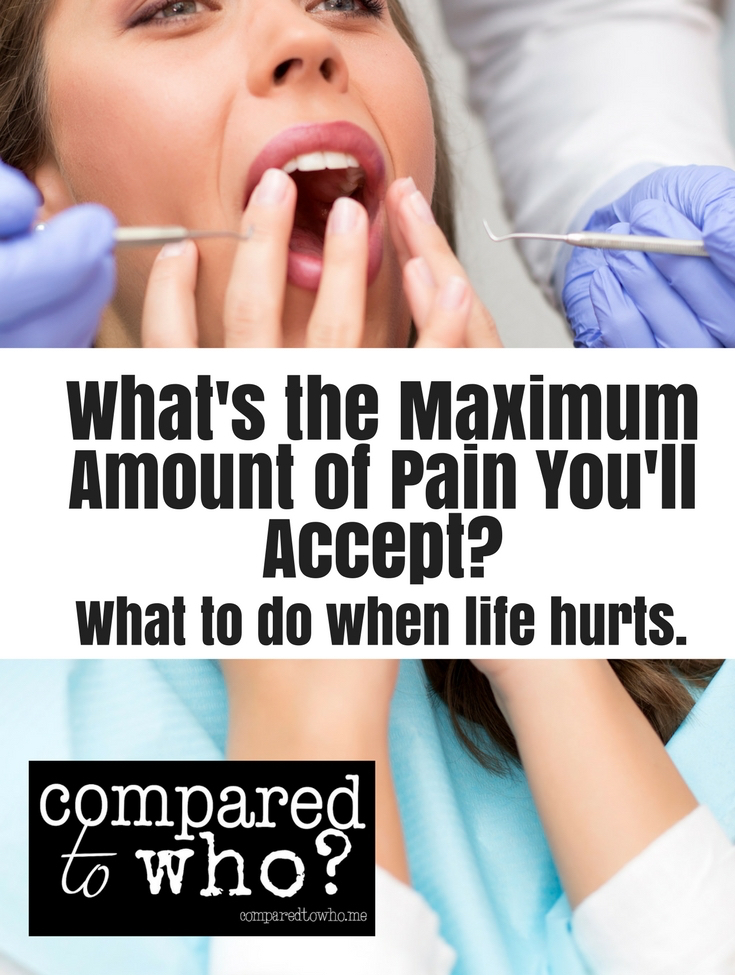