My Night With a Con Man

Part of me didn’t really believe there were liars like him in this world.

I’d seen them on TV and such, but the bad guy was so easy to spot in those stories. People who fell into the sticky web of  news-making con-artists exuded obvious naivety. I’d never do that. I had street smarts.

Or so I believed.

The man who told me he was ready to propose dumped me instead. (Without so much as a goodbye phone call!) With my wedding dreams shattered, I needed to regroup. Sad, lonely, and depressed, I readily accepted my friend Halle’s invitation to go to a movie premiere party in New York City. Her new boyfriend, Cody, boasted a tight relationship with a well-known NHL player. The four of us would hang out, go to the fancy party, and enjoy the city.

This sounded like the perfect cure for my doldrums.

I boarded the train to NYC from Washington, DC where I lived. My friend and her new beau greeted me at the station and we headed straight to the swanky condo occupied by the hockey star whom I’ll refer to as Leif (because that’s not his real name but it sounds like a Scandinavian NHL player). We pulled up in front of the building and let Cody out to ask where we should park.

A few minutes later, Cody returned to the car, visibly frustrated. Leif wasn’t home. We couldn’t get in.

Cody wasn’t deterred. This was his “best friend.” He knew exactly where to find him. We drove a block to a bar Leif was known to frequent. Cody hopped out again, but a few minutes later returned to the car. Apparently, we had just missed him. 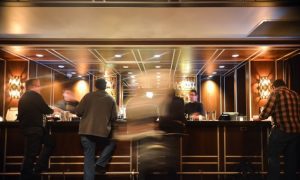 Meanwhile, Cody tried to call him. He doesn’t answer. Halle and I are worried about where we’ll change clothes for this glamorous party that starts in just an hour. We had carefully planned our attire. This elusive behavior from Leif wreaked havoc on our primping plans.

We stopped at another restaurant, the one the bar tender told Cody he may find Leif in. This time, we all went in. Sadly, no Leif in sight. But, the maitre’d said he’d been there earlier.

Ugh! I decided Leif must be a flake.

Cody came to a different conclusion though. He told us Leif wasn’t returning our calls because he was drunk. He went on a verbal tirade about Leif’s problems with alcohol. Cody’s face showed sincere anger and frustration over the whole situation. Halle and I assured him that it was okay. We understood what it was like to have unreliable friends. We vowed to make the best of a bad situation.

Oh how foolish we were.

The nine o’clock hour drew nearer and we still didn’t have a place to stay for the night. But Cody had an idea. We pulled up to a five star hotel along Park Avenue and he ran in to reserve us a room. He came back out a few minutes later with a big smile on his face, he’d talked the reservation desk into letting us have one of those $400 rooms for just $100. He asked Halle for her credit card to reserve it, and we all went inside to get ready for the party. It started soon, but maybe, just maybe, we’d meet up with Leif and still be able to get in and mingle with the stars as we had hoped. 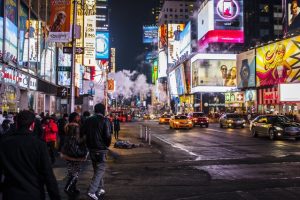 Dressed to impress, we made our way to the club that was (allegedly) the location of this Hollywood premiere. It didn’t look like anything special was going on there that night. But, who were we to question? Cody told us that to keep the fans from going crazy, parties like this were kept on the down low. He confidently approached the bouncer, mentioned Leif’s name, and asked if we could go in and wait for him.

With a nod and a hand gesture, he was promptly turned away.

Cody’s performance in the wake of that rejection could have won him an acting award. He was frustrated his friend had let him down and disappointed for us, not being able to go to the party and meet George Clooney. Cody expressed more concern over his friend’s obvious relapse into a drinking problem. He talked of how he’d recommend Leif check in to a treatment center and how astounded he was that his friend was letting him down.

We tried to comfort the discouraged Cody. We all went to dinner and then went back to the hotel where the three of us slept in our $100 room over-looking Central Park.

I’ll spare you the details, but the next day yielded more of the same. Leif had promised us great seats at a concert, and, surprise surprise, when Cody showed up at Will Call, no tickets were held in our names.

Halle and I were now, officially, suspicious.

A few weeks, maybe months, later we realized it was all a con. A giant rouse that kept two twenty-something girls traipsing all over New York City for hours. There was likely never a best friend who played in the NHL, never a star-studded party, and never any concert tickets.

In retrospect, I praise God for his protection during this experience. Almost twenty years later, I cannot let my mind imagine all the horrible things that could have happened to us through that experience. My friend had met Cody at church–he said the right things, did the right things, used the right words to convince us both that he was who he said he was.

He was a con-artist.

Today, I sat and read my friend Candice Curry’s book, The Con Man’s Daughter. And, my head flooded with the memories from this one crazy weekend in New York City. I can’t imagine what it would have been like to spend more time with this pathological liar, yet alone, be raised by one.

Just knowing this man for a few months was hard on Halle’s heart. I do not know how one’s heart could endure calling a man like that, “Dad.”

But, this is Candice’s story. And, she tells it beautifully. I cried, a few times. My heart ached for the little girl who just wanted a normal life and a loving relationship with her father. 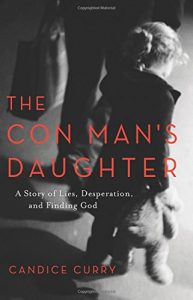 Yet, Candice’s tale, The Con Man’s Daughter won’t depress you. It will encourage you. God’s redemptive love beautifully expresses itself through her adult years. You’ll see how the best father around shows up for Candice and her family in a myriad of tangible ways. You’ll see how he can heal and cleanse even the most shattered of hearts.

I don’t want to give too much away. But, I’ll tell you that read the book in less than three hours because I didn’t want to put it down. I think you’ll do the same.

(**Post contains affiliate links. Names in story were changed to protect the innocent (and the guilty!)) 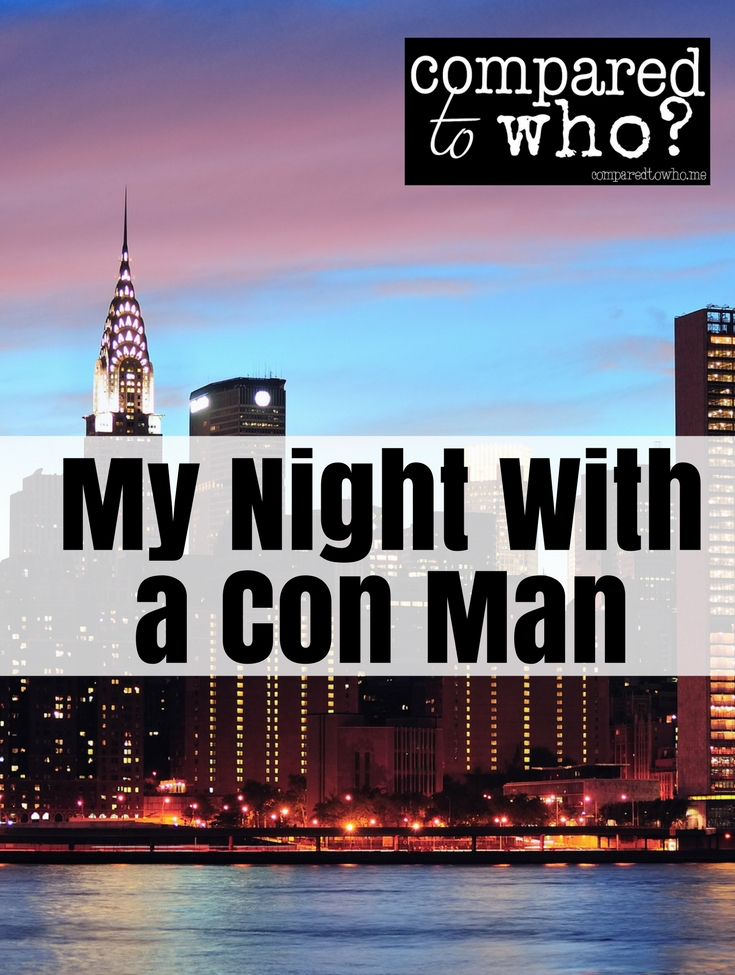