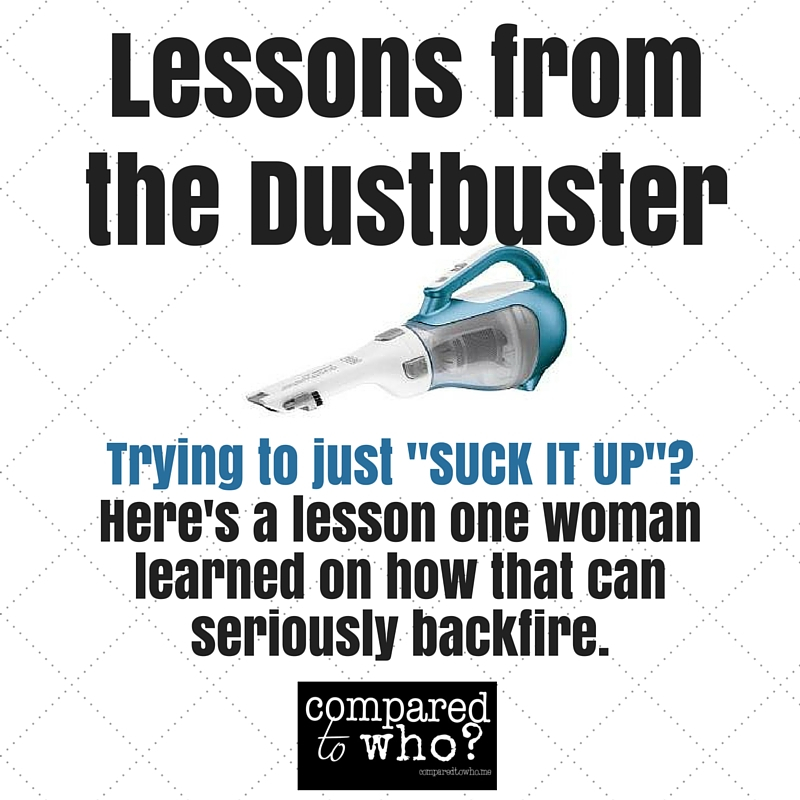 Lessons from the DustBuster: Don’t Suck it Up

I unpacked all the fresh fruit and vegetables that once filled the box. It looked a bit on the dirty side, so I was anxious to get it off my kitchen counter. I carried the produce box to the garage, then walked back into the kitchen. That’s when I saw it. A huge pile of dirt on my cleaned-twenty-minutes-ago kitchen floor.

Annoyed, I grabbed the broom and started to sweep.

Dang box must have been dirtier than I thought.

Then something strange happened. The dirt started moving. Though it was hard to distinguish what was happening with the brown dirt on my brown wood floors, it seemed like specks were moving all on their own. Was it blowing? Wait is that a trail of some sort?

Somehow, an entire ant hill had been transported to my kitchen floor. Though, now, the ants were no longer containing themselves to the kitchen. They were running everywhere and nearly impossible to see against the imperfect grain of the floors. 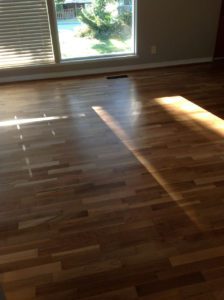 I did what any rational woman would do. I screamed for my husband and then grabbed the DustBuster. Sweeping up dead ants is gross. But, sucking them up– that’s a sport.

After said husband came and took the remainder of the ant hotel out in the dustpan, I proceeded to search the floor. Soon, the children joined in the ant spotting. “There’s one, Mom.” They’d point, and I’d press that little button and suck those little fellows right up.

Searching every centimeter of those floors, I awaited movement and then pounced on them with eighteen volts of battery powered suction.

Minutes later, I thought I could rest. I had sucked up so many ants. Surely, surely, I had them all. I set the DustBuster on the dryer, next to wear it usually hangs and went back to my produce sorting, that is until one of my children called for my attention from the laundry room.

“Mom, there are lots of ants in here!”

I rushed to the scene only to find that the ants I had sucked up were living (and colonizing) right inside the DustBuster. They had, apparently, began to send some scavengers out the nozzle to explore. The DustBuster does a good job sucking up ants, but it does nothing to actually kill the ants. 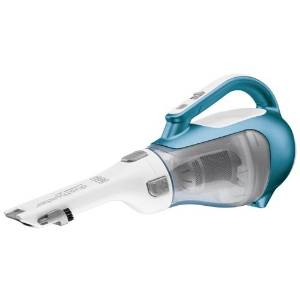 I am often a DustBuster.

I recognize issues in my life–in my heart. And, I decide to suck it up.

Maybe if I don’t think about it long enough, things will change.

I suck it up and try to hold it in.

I’ve got this. I’m fine. All of my issues are trapped neatly, right inside here where no one can see them.

But like the DustBuster and the ants, this method proves ineffective for issue solving. Like tiny insects, my issues meander out of their captivity and spill into the areas I don’t expect them to touch. I see my struggles with childhood issues come out and affect my marriage. I see my battle with pride and insecurity impact my parenting. I see my tendency to get caught up in comparison zap the energy out of my daily work.

We don’t get better when we just suck it up.

If you want ants to die, you have to squash them. Similarly, if you want to be sanctified, you’re going to have to do some dying.

The good news: the Bible tells us that to die is gain, to live is Christ. Squashing the sin that keeps us from him hurts a bit in the process, but, ultimately, leads to greater freedom.

You may not have an in-home ant infestation (or a little boy who decides to take his toy lawnmower from the back yard to the front yard– by way of the inside of the house–without first checking to see who had built their home in its underside! I digress. . .) But, there’s a chance you’ve noticed some issues pop up in your life and your sucking them in. Swallowing hard, hoping no one will notice.

Friend, you don’t have to have it under control. You can exhale. Find a friend, find a counselor, your pastor, a woman at your church you respect and start working on your ants, er, I mean issues.