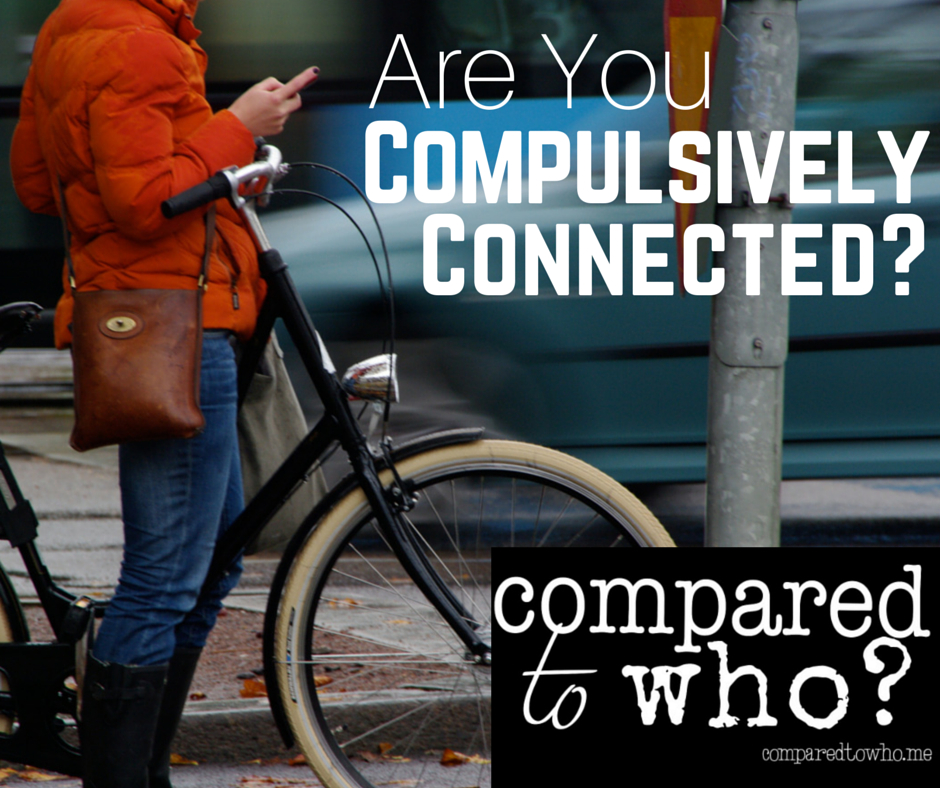 This summer I’m re-sharing some content from my earliest days of blogging. If you are staring at your phone right now, I think you’ll be able to relate to this one!

There is one thing all fitness instructors want you to know:  We don’t really want you to talk during a class.

There, now you know the truth.

Unless you are a doctor-on-call or the President, I really don’t want you talking or texting while I’m trying to get you into shape.  I’m just saying…

So, today’s fitness tip is, unless your phone is playing music to motivate you–leave it in your bag!

What? Leave it in my bag.  But, what if someone needs me…I might miss something…What if….

I hear you and I understand.  I too am somewhat compulsive about being connected.  If you don’t think you’d describe yourself that way see if this pattern sounds familiar:

Switch to email.  No new messages. Back to Facebook. Agh. That was dumb, I just checked 15 seconds ago.

Stare at apps on phone. Nothing stands out. Stare at internet app trying to remember what people searched for when that was all they had to entertain them.

Discover text messages. Open. Anyone I forgot to write back? Hmmm. No.  Anyone I should check in on?  Agh. I don’t really want to start a conversation right now.

Compulsively switch back to Facebook. Still nothing new. Duh. What did I expect? It’s now been 30 seconds.

Ahhh… Pinterest. Maybe you can amuse me.  Recipe, recipe, kid craft, wreath I’ll never be able to make, another recipe. Rats. I pinned that yesterday. Already at my last pins? Seriously? Where is everybody?

The truth is, I’d feel really silly sharing that if I wasn’t pretty sure that you do it (at least in some shape or form) too.

As different as we are on the outside…there are some things about us that are all the same.  One of them being our desire for connection and for intimacy.  We want to be known and to not be alone.  God made us all this way.  Mark Zuckerberg, Steve Jobs, and other entrepreneurs responsible for all the ways technology connects us today tapped into this universal human trait and have made a killing on it.

On the surface I “feel” more connected then ever.  I’m linked, pinned, friended, texted, tweeted, tagged and followed.  I have status information on people I haven’t seen in 25 years.  I’ve seen their newborn babies, remodled bathrooms, kids’ birthday parties, vacation pictures, and dinner plates. Yet, I haven’t actually seen them in decades.  I know who’s having lunch where (and in some cases what they ordered), who’s got sick kids, who needs a manicure, and who’s crafty enough to do some of the cool stuff I pin.

So, the question I pose is: Why? Why are we spending a lot of time checking up on others (some refer to it as stalking) but not posting anything about ourselves?  I put this question on my Facebook page recently and got some interesting answers ranging from not having anything exciting enough to post to that’s what Twitter is for.

Here’s what I think.  I think the Facebook “high” is wearing off.  Yes, I said high.  I think it used to be that we could get a “buzz” from having ten people affirm our location, latest photo, or lament.  Now, sometimes it just feels kind of silly.  Mostly, I speculate, because we still crave real intimacy. We long for someone to really know us. And, although twelve or thirteen of my 359 friends know a lot more about me than is visible on my wall, my need for connection can not be sustained if Facebook is my only outlet. Even if 45 people like the picture I posted, I’m not any less lonely.

So, how do we love others in the era of false connections?  How do we protect ourselves from becoming ensnared in a false intimacy?  How do we check in with God as regularly (or more regularly) than we check on other’s statuses? (I can’t tell you the number of times I have thought I didn’t have time to pray but I know I commented on at least 5 different statuses!)

I think we have to prioritize.  I try to make sure I get my Bible reading and at least a minute or two of prayer time in (though I’m almost never alone) before I get sucked into checking Facebook and email. Sure, it’s hard. Sometimes I, just like a junky, wake up and have to start tapping on my silly phone.  So, I’ve realized if I don’t stop and click on my Bible app before 9am…it’s just not going to happen later in the day. And, alas, I will have “connected” with dozens of other “friends” while ignoring connection time with the Creator of the Universe.

Another idea…take the “false” connection of Facebook and turn it into a real connection.  I had a friend who lives in Canada who, about a year ago, called me about ten minutes after I posted a thinly veiled “I’m stressed and about to go over the edge” message as my status. I was touched beyond belief. She turned my day (and maybe month) around with her encouragement.  She could have just responded with “Bummer, sorry” or a nice, trite, “unlike”…but she didn’t. She took the time to care about me even though we haven’t seen each other in years.

What ideas do you have? Do you think all the false connections are impacting our real ones?  Are YOU compulsively connected?