The Edge of the Brownies: Comparison Lessons for Chocolate Addicts

I didn’t know that anyone preferred the crispy edge of the brownies. In fact, when someone invented the Edge Brownie Pan I thought, “That thing will never sell. No one likes those edges.”

For decades, I would systematically remove all the edges from the brownies as I cut them. I didn’t want to take those inferior pieces of brownie to the potluck or ladies night. I’d keep those scraps on a plate and allow my family to snack on them–if they were that desperate.

But, what I all too often forget is that we are all different.

We view the world through different lenses, and we each have different preferences, styles, likes and dislikes.

God created us that way. 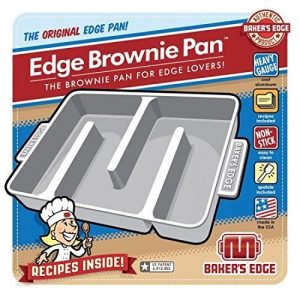 Add this to the list of things I’d never buy!!!

We’re All Part of the Same Brownie Pan (or Body)

Others are the little toes.

A few years ago while at my in-law’s home, I got up quickly to grab something from the table in the kitchen. I jammed my toe right into the solid wood foot of an old arm chair. I looked down and the pinky toe of my right foot was pointed away from the other toes. It started to get fat, fast. I sat down and, though I can be over dramatic sometimes, wondered if this injury might kill me.

I didn’t dare step on it. So, I did what any married woman home alone with four young children might do. I called out for my oldest, nearly eight at the time, and asked him to retreive my phone. Then, I called my husband and whined.

I may die. I explained. Then I told him to find a new wife who would take good care of our children. . .

Okay, I wasn’t quite that dramatic. But, it hurt really bad and I really feared I may pass out from the pain. He said he’d be home in a few hours. (Obviously, not sensing the gravity of the situation.)

I put my young children to work, retrieving ice packs and stacking pillows for my foot. I made my five-year-old fetch the remotes and I went from relishing my productivity to lying in pain on the couch, unable to do anything but watch HGTV reruns. All in the course of minutes.

The next morning a nice podiatrist popped the toe back into place. He sold me a giant boot for my foot to protect the toe while it healed for a few weeks. I limped a few more days and then, finally, returned to normal walking. 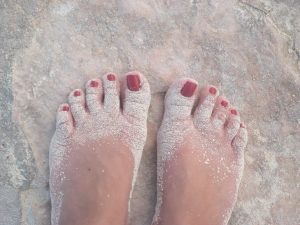 Friends, I think part of the reason we get so caught up in comparison somedays is we forget that little toes matter.

We forget that some people actually prefer the edge of the brownies. We forget that God made us all with unique qualities, tendencies and giftings and that comparing the way we were made to the way another is made is a futile exercise in frustration.

No, we aren’t all alike. We’re not all mouths, knees, or noses in the body of Christ. And, that’s a good thing.

What has God called you to do? How has he uniquely gifted you to contribute to your local church body? What talents or skills has he bestowed upon you to use for his kingdom? Whatever they are, use them. Don’t pine over not being the bicep, just focus on using what you’ve got.

Oh, and by the way, next time you’re making brownies, remember to plate both the centers and the edges. Apparently, there’s a demand for both.

**Need even more hope for your comparison struggles? Check out my new book! (Affiliate link)** 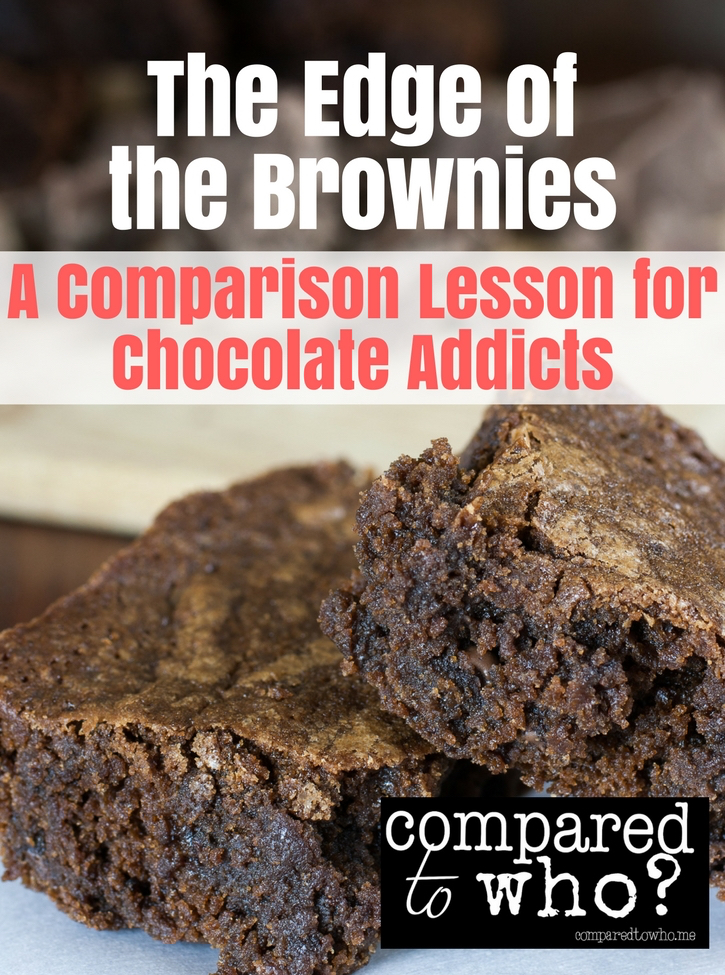