It happened long before the internet. But being able to click a few buttons on a smartphone and have food show up minutes later hasn’t helped.

Many problems we struggle with today, including body image issues, are a symptom of the relative ease with which we live. Because most people in the West have stable access to food, clothing, and shelter, we have mental energy freed up to pursue desires and achievements in other areas of our lives—however, when our physiological needs are satisfied, we also have more time to analyze ourselves and others, sometimes to the point of dysfunction.

Elaborating on this idea in the 1940s, psychologist Abraham Maslow proposed a hierarchy of needs as visualized in the graphic below. 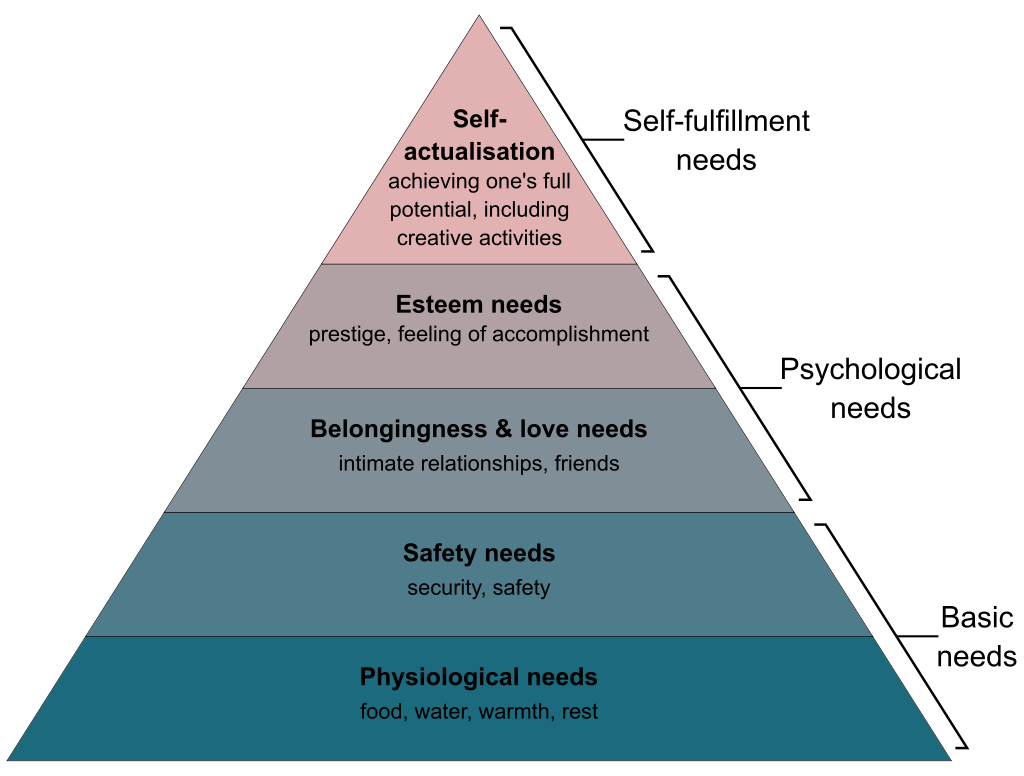 According to this hierarchy, we rise upward on the pyramid as our more basic needs are met. In Maslow’s worldview, we experience the greatest life satisfaction when we reach the top of the pyramid and become a “self-actualized” person, or one who has achieved his full potential. He claimed this is rare, but that people such as Albert Einstein and Mother Teresa earned this heightened level of existence.

When we find ourselves caught in the trap of looking at others and then ruminating about how our own bodies fail to measure up, it could be that we are trying to work our way up Maslow’s pyramid, however ineffectively: if only I had the right physical appearance, I could achieve the sense of belonging and love I want; I would feel good about myself; I would have fewer barriers to success at the highest level.

But there are flaws in the Hierarchy of Needs.

Like all manmade philosophies, Maslow’s, too, is corrupted by “empty deceit,” as the Apostle Paul put it.

Can we truly will our way to the top of the hierarchy and achieve satisfaction in life?

Are people who are struggling to meet their basic necessities incapable of experiencing full meaning in life?

If only we had a role model to help us navigate these difficult questions and also possibly help us toughen up a bit at the same time . . .

Enter a man who no one ever called soft—John the Baptist, bursting onto the scene, blasting away the barrier between the Old and New Testament, and providing a pyramid-flipping path forward for those struggling with body image issues. 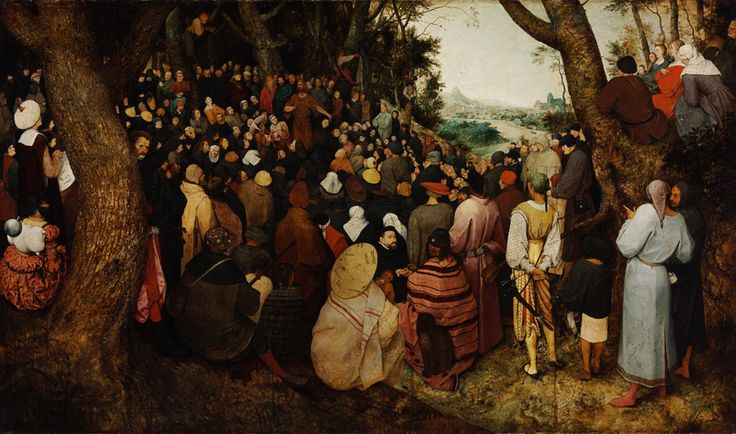 “The Preaching of St. John the Baptist” by Pieter Brueghel

There are many lessons we can draw from the man of whom Jesus said, “Among those born of women there has arisen no one greater than John the Baptist,” but let’s focus on three that relate to body image.

Lesson 1: Don’t get caught up in your appearance.

Jesus likened the elites of His day to “whitewashed tombs, which outwardly appear beautiful, but within are full of dead people’s bones and all uncleanness.” It’s safe to conclude that John the Baptist embodied the inverse of Christ’s vivid critique. John was the ultimate itinerant preacher, living apart from the centers of religious and worldly power in the wild desert of Israel. He famously wore clothing made from camel’s hair with a leather belt. I’m no expert on fashion at the dawn of the Christian era, but I highly doubt anyone was hitting the catwalks of Israel, or anywhere else for that matter, in a camel hair tunic. I imagine the chaffing that occurs beneath camel hair turns one’s skin into something more akin to leather than to the supple, moisturized epidermis of the modern man. John wasn’t dressing to impress, and though he sought not the esteem of men, masses were drawn to him because of the good news he announced. More on that to come.

Lesson 2: Don’t worry about what you eat.

The challenge for most of us today is not a lack of food, as it was in biblical times, but of abundance. There are many ways this can impact body image, but here is one common scenario: we eat more food than our bodies need (seeking either pleasure or emotional relief through eating), we find ourselves overweight as a consequence, and then we implement diet-based “food rules” hoping to slim down to the lean cultural ideal. Over time, the food rules become our focus, instead of the divinely designed communications of our bodies regarding hunger and satiation, and we create a dysfunctional relationship between our bodies and food.

Regardless of our circumstance, Scripture teaches that we should not worry about what we eat:

“If with Christ you died to the elemental spirits of the world, why, as if you were still alive in the world, do you submit to regulations—‘Do not handle, Do not taste, Do not touch’ (referring to things that all perish as they are used)—according to human precepts and teachings? These have indeed an appearance of wisdom in promoting self-made religion and asceticism and severity to the body, but they are of no value in stopping the indulgence of the flesh.” Colossians 2:20-23

John the Baptist again models this principle beautifully, though maybe not appetizingly. The Bible tells us that the prophet’s diet consisted of locusts and honey. First, he obviously wasn’t concerned about carbs or he would’ve swapped out the honey for a sugar-free sweetener. Second, he ate that which plagued the Egyptians, the builders of the earthly pyramids—which is symbolically awesome. True, his physique probably matched our modern lean look (I mean, no one would likely want to eat the amount of locusts it would take to be overweight), but this also implies that he did not worry about food. A diet of locusts and honey indicates that he ate what was available to him. I have a feeling he was more of an “eat to live” than “live to eat” type of guy, and I hope to model myself more after him on this quality, though I don’t plan on including insects in my diet anytime soon.

Most importantly, John the Baptist flipped the pyramid.

Ancient pharaohs, residing at the top of Maslow’s hierarchy, used their “self-actualization” to force others to build literal pyramids in their honor. John, being actualized by God, used divine power to spread a message of salvation to the world.

John knew that our relationship with God is of supreme importance. We are not designed to get all of our basic needs met and then move on to the important things like emotional growth and “self-fulfillment”; instead, we start by following Christ and being filled by the Holy Spirit, and from there all of our needs are met: fulfillment in union with God, esteem infused with humility, love, security, physiological needs, and even a proper appreciation of our bodies.

Humanism forces us to struggle our way up a pyramid of worldly attainment to prove we are worthy; God starts us at the top of the world as His children.

When we struggle with body image, we forget that we are children of God in Christ. We pretend we’re working our way up that hierarchy—get my body to look a certain way (that it will never look, and even if it did, it will fade with age), and then I’ll be satisfied.

Instead, let us follow John the Baptist’s lead, experiencing God’s glory—regardless of how we look and where we rank in manmade hierarchies—by proclaiming the same message the last Old Testament prophet spoke to a lost world: “Behold, the lamb of God who takes away the sin of the world!” 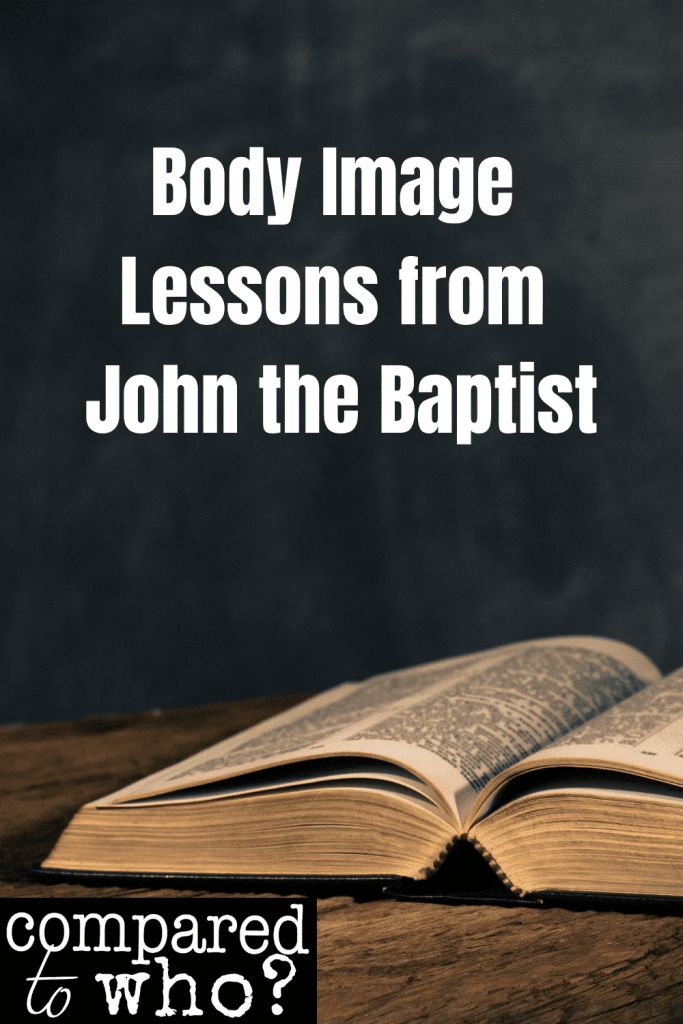 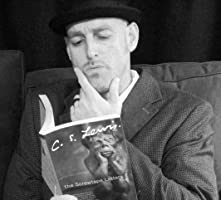