Comparison is the name of the game in a gym. I hear it, I see it, I live it. In my classes I notice people work harder if the person next to them is working harder. I hear women tell other women that they wish their (insert body part here) looked more like her (insert body part here). There are mirrors everywhere, and you can watch the expressions on people’s faces as they scrutinize and assess their own appearance.

Why do we compare ourselves to others?

Well, it’s simple really. We have an innate need to know how we are doing. Are we good enough? We need approval and acceptance. If we can see that we are better in some way– be it physical strength, beauty, intelligence, success, talent, kindness, creativity or morality–then we can create our own bell curve and give ourselves a decent grade. At least we are better than such and such.

Years ago I wrote an article for the Dallas Moms Blog on the ways moms compare themselves. But, the truth is, comparison isn’t just a “moms” thing. For women, it starts long before (and doesn’t even ever require) pregnancy. For men it also starts early. We are hard-wired to find the answer to the question, “Am I acceptable?”

Recently I read an interesting quote on comparison. It went something like this, “The reason we struggle with insecurity is because we compare our behind the scenes with everyone else’s highlight reel.” It was attributed to Steven Furtick. I think that’s a fine statement. It’s true, in this Facebook age, we often see our friend’s perfect family picture pop up on the day we didn’t have time to take a shower or get the kids out of their pajamas. We have a fight with our spouse and get on Facebook to see a picture of someone’s extremely glamorous looking and “must be so romantic” date night. It’s just the way it goes. It really is comparing apples to oranges.

But, here’s my problem: Telling you to “stop comparing” doesn’t really solve anything. 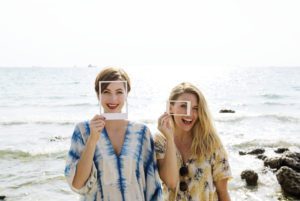 What if My Ugly Really IS Uglier Than Their Ugly?

Even Furtick’s attempt to tell you to stop comparing your ugly with someone else’s pretty, isn’t enough to stop the comparison game. What if their ugly really is nicer than your ugly? Seriously? What if? How can you know?

What if their marriage fight is truly over toothpaste and yours is over infidelity?

What if your discipline problems with your children are over watching too much television and theirs regard serious rebellion?

How can you know?

Doesn’t his quote really only lead us to try to compare our ugly with someone else’s ugly, which is, I believe, still the comparison trap?

And, then there’s the other way that Christian’s attack the comparison problem. We tell people to focus inward. We tell our teenage girls not to compare themselves with the magazine covers because it’s what’s on the inside that counts.

True. But, again, we are just saying “stop comparing” without offering any real answer to the soul that is crying, “Am I beautiful enough?” 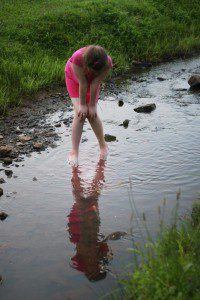 The reason we compare is our heart wants to know if we are acceptable.

This is the root of insecurity. And, it isn’t solved with changing the way we compare ourselves. We solve insecurity when we find true acceptance.

This is the good news of the Bible that so many Christians, yes, I said Christians, are missing out on. Insecurity plagues the church. And, the reason is that we don’t understand and truly believe the Gospel of Jesus Christ.

Follow me for a second here. Think of a famous person that you admire. Someone really great. Now, if that person thought you were awesome, would that mean something? If you had the approval of that one person, wouldn’t that give you a boost of “confidence” that maybe you were okay? What if a U.S. President thought you were fantastic and held a press conference to let people know that? Would you still be insecure around that person in your neighborhood that gives you funny stares? I’d venture to say, no.

So, if we truly believed that God was important, wouldn’t his opinion matter in the same way?

No President will ever love you enough or think enough of you to allow his son to die to save you. And, yet, the God of the universe, the creator of the planet, felt that way about you. Shouldn’t this be enough? Does it matter what that mean guy who said you were “ugly” thinks? Or what snide comments that harassing boss or teacher used to insult you? It really shouldn’t.

Why do we compare ourselves to others? Because we don’t believe that God’s approval is enough. We want to provide for our own salvation, by being “good enough” in some measure we deem as important enough to save us. That’s not God’s plan.

We can’t save ourselves. We can never be good enough. But, we can be loved and accepted beyond measure.

That’s pretty hard to compete with.

For it is not the one who commends himself who is approved, but the one whom the Lord commends. 2 Corinthians 10:18

P.S. I wrote a whole book on comparison and the Gospel’s answer for us. If this piqued your interest, I think you’d like it. Learn more here. (Amazon affiliate link.)