Eleven hundred. That was the limit. No more! If I could get by on less, that was a win.

I’m talking calories. My brain worked like the price scanner in the Target check out line–tracking them each time I put a bite in my mouth. I was a walking encyclopedia of calorie and fat gram knowledge. For weeks at a time I could carefully monitor every ounce I ate, to stay below that magic number. I felt successful . . .

Until hunger set in. My body’s alarm system told me it was starving, but I really wanted to ignore it. Yet I couldn’t. So, in a crazy flurry of food consumption, I would eat anything I could get my hands on. The sweeter and fattier the better. No one ever binges on apples and carrots.

I thought about my “fat” body around the clock. My mind’s playlist repeated these tunes over and again, “You can start that new diet tomorrow.”

“You better not eat that.”

And, “How could you eat all that? You have no self control. You are weak.”

My weight would go from normal to overweight and back again, fluctuating every week. During my sophomore year of college, the feast and famine cycle made its mark on my body’s other systems, so much so that I lost my period for ten straight months.

I didn’t know I had an eating disorder. So no one else knew either. 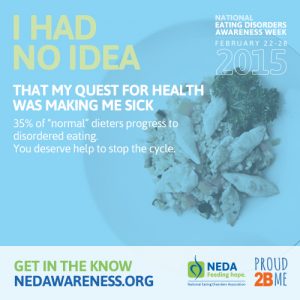 I assumed that everyone thought about how they looked and food, all of the time. I thought this was the usual plight of a teenage girl as she learned to tame the beauty beast that indiscriminatly impacted every adult woman.

I didn’t throw up (though I tried, unsuccessfully), thus, a diagnosis of bulimia would never come. Nor was I underweight, ruling out anorexia, too. Back then, in the early 1990s, eating disorders were only for someone who fit into one of these categories. I didn’t. So, in my mind, I just had normal girl problems.

Now I know I was wrong.

This week is National Eating Disorder Awareness Week. As one who suffered with undiagnosed, disordered eating for more than a decade, I am happy to help draw attention to the issue. More than 20 million women and 10 million men in the United States have a clinically diagnosable eating disorder. Of this number, about one in ten will actually seek treatment. Ninety-one percent of women in college have dieted and for 86 percent of women who will suffer, the problems were already in place by age twenty.

I fit nicely into those statistics.

There are many dimensions to disordered eating. In some cases, severe calorie restriction or over-exercising can lead to serious physical problems and even premature mortality. For others, an eating disorder accompanies depression, anxiety, or suicidal thoughts.

For me, the word that comes to mind when I think about my years of struggling with food is: Tiring. The battle with dieting and exercise and the constant conversation in my head over food, exhausted me.

My path to freedom began when I recognized that I had a problem and–that though this wasn’t normal per se–lots of women also struggled. Talking to a licensed Biblical counselor about the negative self-talk and God’s truth were also an incredible help to me.

Another step on my path to freedom was the recognition of how I’d made my body image an idol. I worshipped at the base of the scales and thought about how their number defined me more than I ever thought about what God said about me. That digital read out determined my value, as did my ability to stick to a diet and make that number move downwards.

A wise man once said, “What you think about in your solitude is your religion.” For many women with eating disorders and body image struggles (like me), this religion is based on dieting legalism. Keeping the food rules and paying your dues via exercise are the path to earning salvation in this sect.

God, in his grace, showed me how what I believed about being thin wasn’t true. He also allowed me to see how reaching my ideal weight wouldn’t give me freedom. Only he could do that. And, through his Word, I saw how part of my recovery needed to include repentance of sin and acknowledgement of a toxic belief system that replaced real salvation with an earthly substitute of achieving beauty.

I receive messages from women regularly confessing to undiagnosed eating disorders. In some cases, the negative thoughts, calorie restriction, or binges have been a part of their lives for so long they’ve grown to know them as normal. If you are in this category today, I want you to know something: There is great hope for you. You can be free, too.

You need to get help though. And, there’s no shame in that. At all. At a minimum, talk to a trusted, mature Christian woman you know or ask your pastor if he can recommend a Biblical counselor in your area. 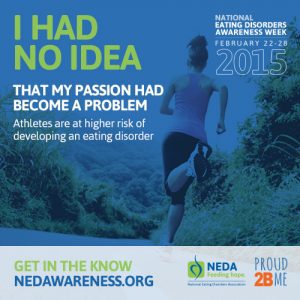 The National Eating Disorder Awareness people have created a diagnostic test. If you aren’t sure if your eating problems are “severe” enough to qualify, take this quick quiz and find out. Remember, eating disorders are sneaky and they escalate in subtle ways, so much so that we barely notice the control they’ve taken in our lives.

Finally, if you struggle, I want you to read this story, it’s Allison’s story. Allison had exercise bulimia and almost lost her life to it as a teenager. I pray it will encourage you. If you have a story of hope and new life found after an eating disorder, that you would like to share, please reach out to me at Heather (at symbol) compared to who (dot) me. 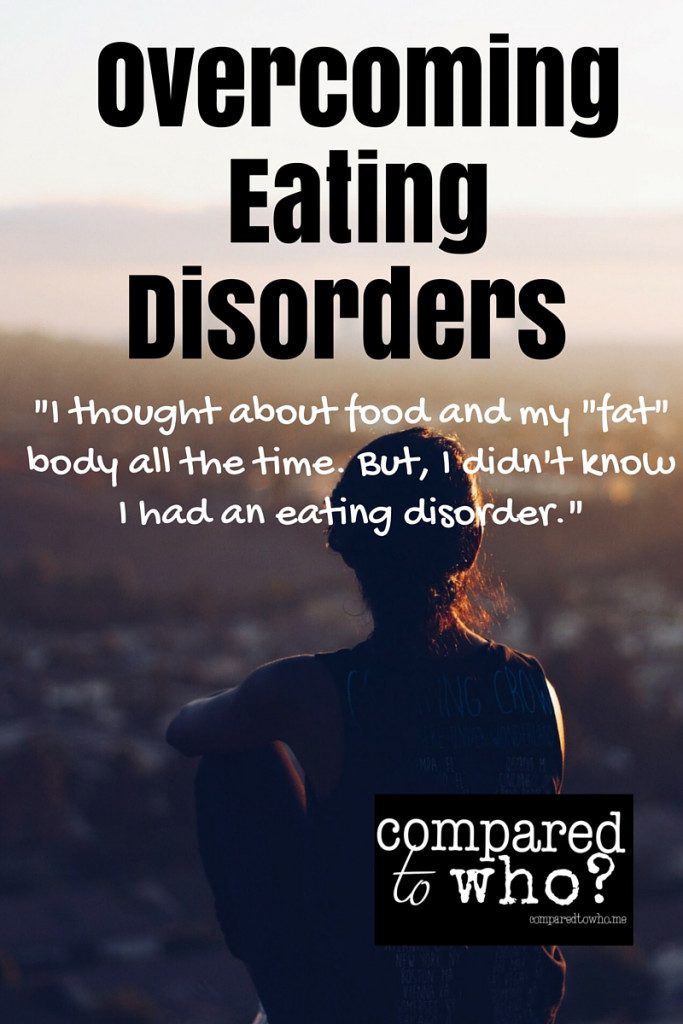