My Marriage is Not What I Expected: Three Ways it Surprised Me

Tears spilled down my face. But it felt more like my heart was bleeding.

I stared even harder at the collage of eggs, pancakes, and breakfast meats co-mingling on my plate. I had to keep looking down. Even a glance of the newspaper that divided our small table would make the crying worse.

It was his fault of course. He let me down. This was not how a man should act on his honeymoon. Especially not the first day. When he rolled over in bed and our eyes met, the last words I expected to come out of his mouth were, “Let’s get to breakfast before the rush!”

Thoughts bounced around my brain like a rogue ping pong ball. I tried to convince myself that maybe he just didn’t know how it was supposed to go. In his defense, he hadn’t read as many romance books or attended as many bridal showers as I had. Could this be a misunderstanding?

But I struggled to buy my own spin. The truth had to be confronted. It was my fault. I wasn’t good enough.

He knew it. And, now wrestled his own dilemma: He didn’t want to be married anymore.

It was the only logical conclusion at which a super intuitive girl, such as myself, could arrive. He obviously felt he had made a mistake. Instead of hurting me by just saying it outright, he would send me subliminal messages. He’d ignore me by hiding behind the newspaper until I understood. Maybe he wanted me to ask for an annulment? Hmmm. . . . This must have been the same thing that happened to Renee Zellweger and Kenny Chesney. . .

It was my worst fear actualized.

I knew I had remained single for thirty-one years for a reason.

I wasn’t worthy of love. Obviously, I wasn’t beautiful. Still not enough. I wasn’t. . .  My thoughts were interrupted by his question.

“What did you say?” I looked up from the jumbled scrap pile that was my plate. The newspaper was now neatly folded beside his finished breakfast.

“No reason.” I whispered the lie.

Clueless, he wondered how I could be so upset over him wanting to see who won the Stanley Cup. (Apparently, our honeymoon flights conflicted with hockey’s biggest match.)

I explained how the newspaper’s presence at this very first breakfast was a sure sign that our marriage was doomed. Through tears I mumbled how I understood that I was a disappointment–that he didn’t really love me. I shared that I also knew this was why we had to be at breakfast so early instead of staying in bed ’til noon.

Completely baffled, he repeated his case. “I just wanted to see the score.” Then he added, “And, I was starving this morning. . . it’s already 11:30 on the East Coast” showing me his unchanged watch.

“And, I don’t really like to eat in bed. I’d much rather eat in a restaurant at a table than in the room. It’s too messy. ”

Could it be as simple as that? My newlywed brain wouldn’t accept it. Already, my marriage was not what I expected it to be. 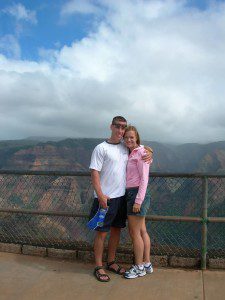 Expectations and Let Down

It’s all pretty funny to me now, to think of how far off my expectations were. My thought process reeked of the ridiculous, too.

I had spent years studying marriage, attending marriage conferences (as part of the job I held during my single years), and even writing resources on the topic. Getting a husband would be akin to me finishing off my thesis so I could officially have my Ph.D. in matrimony. We needed separate tubes of toothpaste so we wouldn’t squabble over squeezing versus rolling neatly. I also knew we should never go to bed angry and to use active listening during arguments. I had this marriage thing down. . .

Until I actually got married. Only then did I realize I didn’t really know anything about marriage.

Here were my three biggest surprises:

1. Marriage wasn’t about me.

I got married because I assumed sliding on that ring was a formal way to enlist a man’s help in my lifelong quest for joy. With this as my motivation, I was destined for matrimonial misery.

My breed is not rare. I regularly meet women struggling to recover from their shattered expectations of marriage. They thought–at a minimum–happily ever after would look more like a sitcom than a hidden camera prank show. The hurt of those unmet desires starts early and sometimes never heals. The charge of the emotional hurt then either numbs hearts or sets a tone of anger that ultimately damages the couple.

The undercurrent of our marriage transitioned from negative to positive only after I realized that putting me first in marriage would suffocate it. In everything from sex to arguments to parenting to loading the dishwasher, when I thought about me and my desires above all else, I suffered. When God graciously showed me how self-centered and prideful I was, our marriage got better–not because my husband started making my every dream come true but because I finally got my eyes off of myself and onto the bigger picture of what marriage should be.

2. And, yet, the health of our marriage was about me (at least in part).

Although being self-focused nearly strangled the life out of our newlywed years, I had to recognize that I was responsible for at least fifty percent of the problems in our relationship. Every issue I encountered had two parts: a perceived offense and a response. My response. I could control the latter, if not the former. With the help of formal Biblical counseling, I could see how many of these offenses were only troubling to me because of my own brokenness and insecurities. 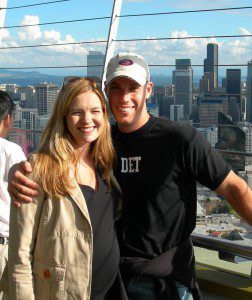 3. Comparing my marriage would hurt it.

“It’s not supposed to be like this,” was a frequent lament during that first year. My husband’s response? Every time, it was the same: “Says who?”  I’d mumble a few names of married friends and how certain I was that they didn’t have this problem. And then said husband would throw another zinger. “How do you know?”

Truth was, I didn’t know. Yet, I still compared our problems to my (false) perceptions of everyone else’s marriage. They didn’t put their last fight on Facebook, so I (wrongly) assumed they were better off. After years of a healthier Christian life spent in community and in ministering to other couples, it’s easier for me to recognized that every couple has struggles. Marriage comes naturally to no one.

What surprised you about marriage?

** I write more about my struggles with marriage in my new book titled “Compared to Who?” I hope you’ll check it out! (Affiliate link) 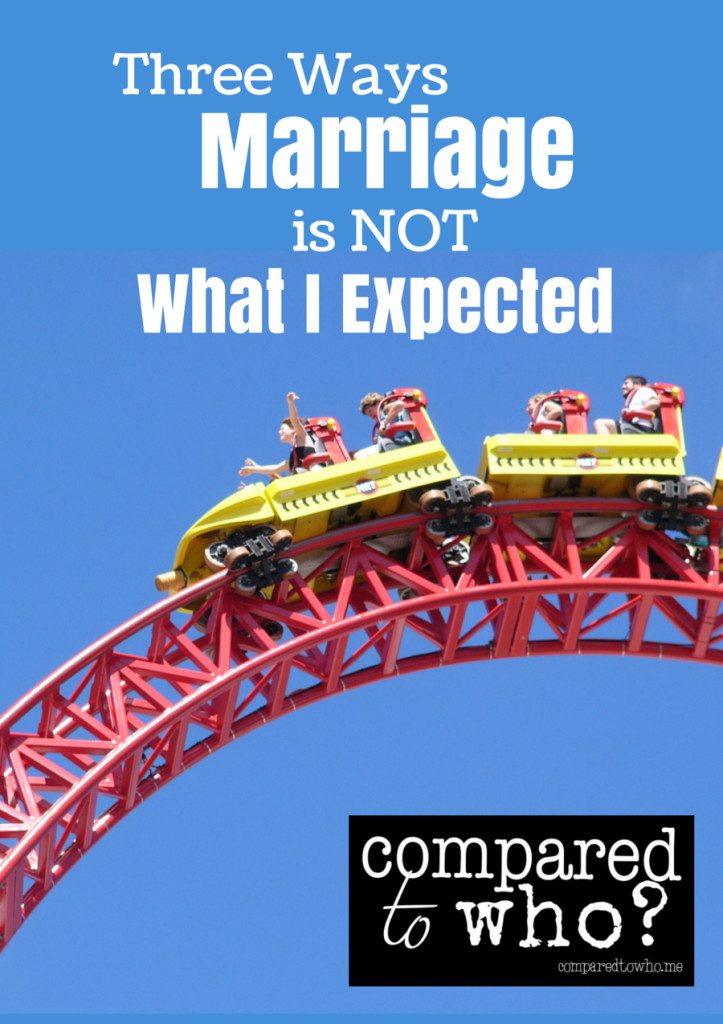