Fourteen years my senior and not a big fan of “organized religion,” I should have said no when he asked for date one. Or date four. Or date seventeen…

And I reply: I don’t think so. You don’t understand, God. This guy is really something.

He was something alright. Sometimes that something was mean, but I didn’t notice. Instead I made excuses for him–he was just stressed. Later, he begged me to marry him. Likely, I would have, had he actually asked. Instead he sent an email telling me he was moving to Guam and we were done.

Then there was the time I was clocking seventy hours a week at work. Too busy for church, community, friends and anything other than my demanding job. Oh, and too busy to notice that a work friendship had morphed into an affair of the heart with a man who was (in the eyes of God and the law) not available romantically.

And I respond: I can’t right now. I have deadlines and he needs me. I’m all he has right now, she’s not there for him. She’s not leading him to you like I am. Surely you can see that I’m doing good here.

When I think of being obedient to God I often think about this in an active sense–God asking me to do something and then me following through. Obedience seems to equate to actively doing what God asks: like when Abraham moved to a new land or how Paul boldly travelled to preach the Gospel.

But sometimes God asks us to just be still. To just stop. His direction is not to move forward, but instead to cease everything and listen to him for a season.

I’m married to a church planter/pastor and am often in-over-my-head with the ricochet of things that bounce onto our family due to our ministry role. I homeschool our four children and am tutoring this year in their co-op. There’s a book with my by-line pending at a publisher, speaking engagements and pressure (mostly self-imposed) to build this crazy thing they call platform in the publishing industry. On top of all that I have my gym job, my other blogging jobs, extended family, housework, meal-planning and fixing and laundry to make it through every week. Toss in some upcoming travel plans, birthday parties, and kids that won’t raise themselves (or even pull up their own blankets in the middle of the night!)…and I’m about to cry “uncle.”

I’m overwhelmed. I’m stressed out, burnt out and empty. I feel I have nothing left to give and that what little energy I have to attempt to tap is not being used wisely. I’m making mistakes. I’m short-tempered. I’m emotionally fatigued and generally tapped out and…

God is asking me to stop. Now. 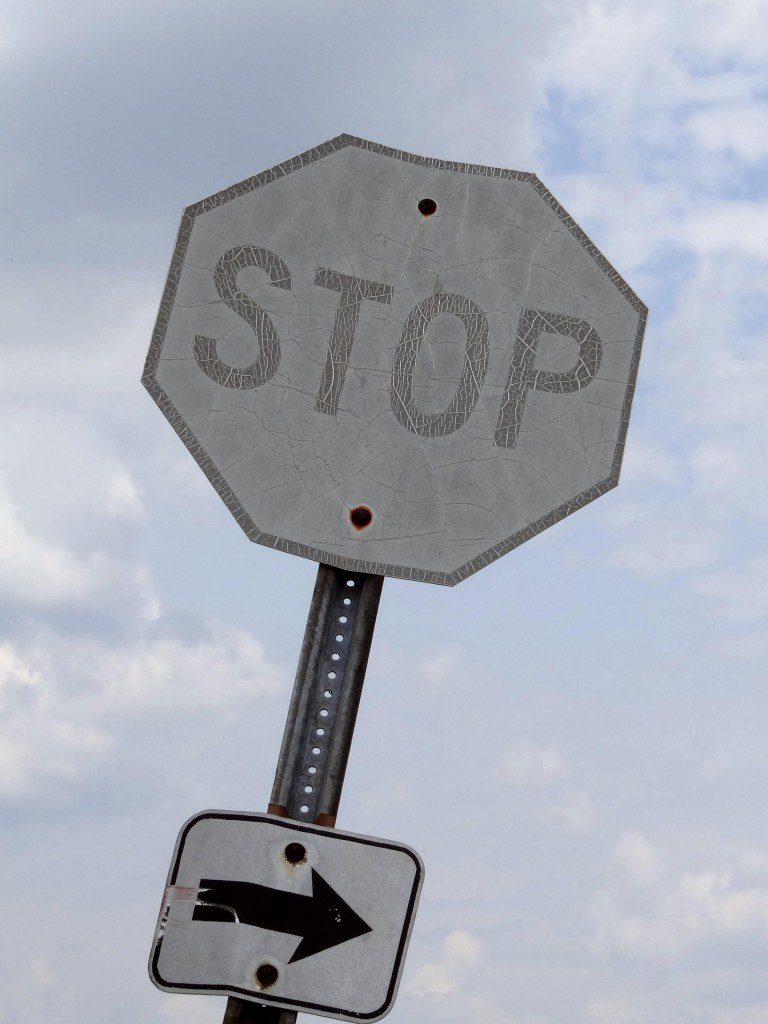 I want to show him my iPhone calendar so he can see that I have rest time scheduled starting November 24th. I mean, this is the season to get things done. It’s Fall! Now is when the rest of the world gears up. No one takes a break in October.

How can I possibly slam on the brakes?

Building my own kingdom. He gently reminds me.

I read, “Be still and know that I am God.” (Psalm 46:10) And, it speaks to me like never before. Have I been too busy to remember whose kingdom I should be building? Has my life become too full of what I’ve added? Has my drive to work hard made this burden to heavy to bear?

But, his burden is easy. His yoke is light.

So, maybe I’m not carrying his. I’m lugging around mine.

There’s an incredible song by Colton Dixon called “More of You” that plays on the radio and reminds me of this one more time.

One friend, then two, repeats the same thing in response to my tears of tiredness, “Why don’t you just rest? Can’t you stop and take a break?”

An acquaintance I barely know mails me a card that states the one word she is praying for me: Rest.

I fight it. I fight it hard. Can I trust him to work while I’m resting?

But, the real question is: Can I be obedient to what he’s telling me to do? He’s all but tattooed it on my arm that this is his request. Will I obey?

I’ve promised my readers 31 Days of Body Image posts — and that’s what they’ll get. Just not all this month. This is incredibly hard for a Type A, I-can-do-it-all type person like me to say. I’m not one to alter the course. If I said I was going to do it, I do it. But, I beg for your grace this time as I step back.

I believe part of God’s call to rest, for me, is to take a blogging break for a week or two. I have a few posts already finished and scheduled, so I won’t leave you hanging all month. But, I pray dear reader, that you will understand and maybe even empathize with my need for a break and not hold it against me that our 31 Days has been interrupted by this break.

I also wonder if you would pray for me? I have my largest speaking event to date coming up in Pennsylvania in a few weeks and I need to have some energy for the event. Discouragement is real, the enemy is always ready to declare victory, and I need some strength to keep fighting.

Has God ever called you to stop or to take a season of rest? How did you respond?